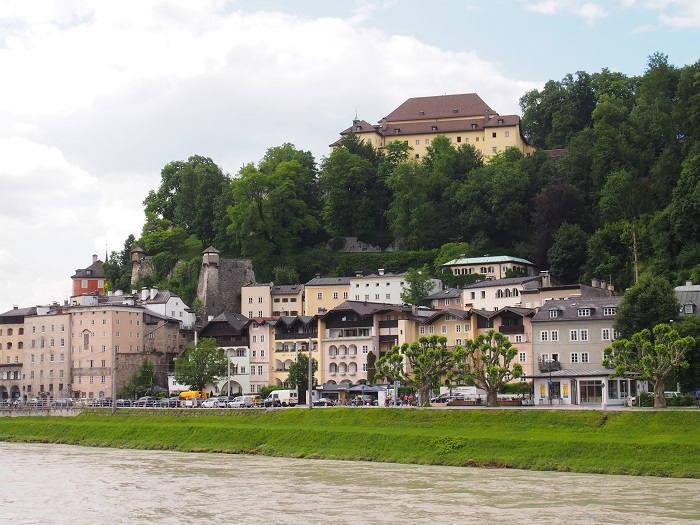 We weren’t huge fans of Salzburg. It was a city we spent little time in and that was enough for us.

The whole city seems to be obsessed with the Sound of Music movie and the Mozart theme.

We had never even heard of Sound of Music before or Mozart (just kidding, we knew about him), but the city certainly seems to be milking these two for all they’re worth, with all the various tourist attractions centered around them.

It’s almost impossible to go anywhere in the city center of Salzburg without being face to face with a mozart chocolate ball or the grinning photo of Julie Andrews skipping through the Austrian fields in the movie. 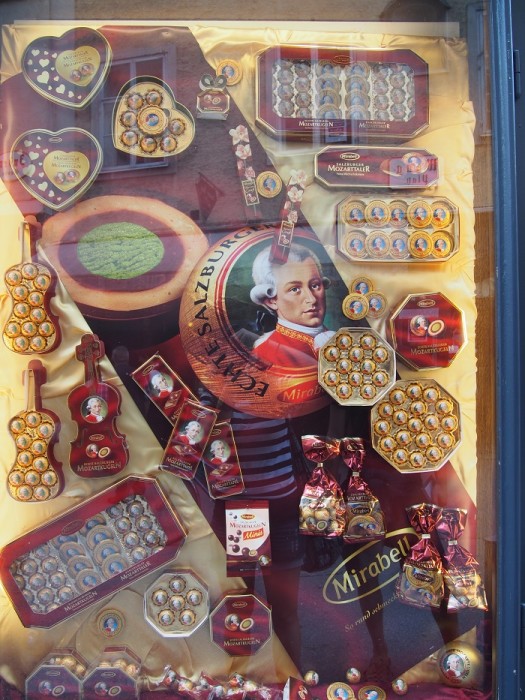 Mozart has been turned into every dentist’s nightmare, and his chocolate balls are sold in every gift shop, while Sound of Music tour buses fill the streets, on the way to showcase all the filming locations of the 1965 movie.

Quite bizarre, and almost artificial. While the city center itself is nice, it doesn’t feel quite real. Almost like a Disney land created for grown ups. 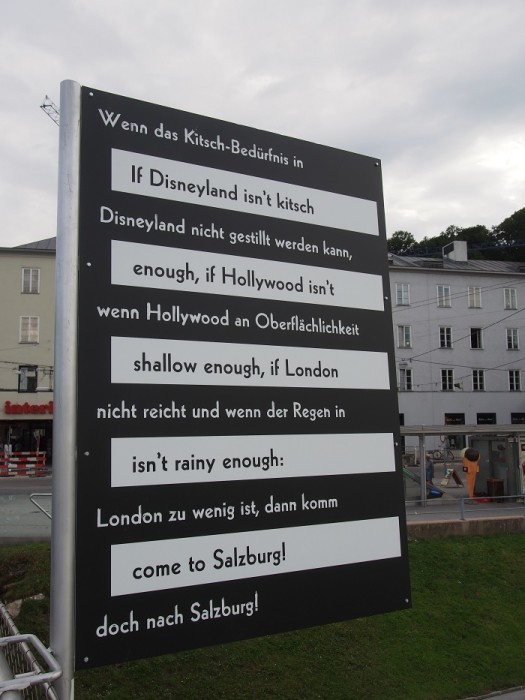 There are quaint streets and charming cobblestoned alleyways but something is missing. 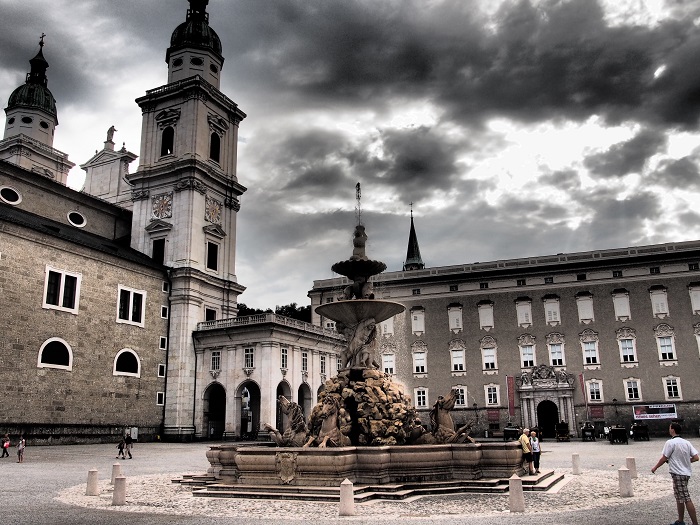 Luckily our experience there wasn’t all bad, thanks to two factors — couchsurfing and ice caves.

We spent two nights with Johanna, an engineering student completing a summer internship in Salzburg, in her studio apartment. She was nice enough to give up her own bed for us on a weeknight, even though she had to get up at 5am the next morning for work. As with Lucca, she also gave us keys to her apartment and made us dinner.

We got along extremely well and spent the second night on a self guided pub crawl – essentially making our way towards the city center from where she lived; slowly crawling along from bar to bar.

Unfortunately the clues came up with nothing and her umbrella was never found.

Talk about leaving a slight damper on the night.

Nevertheless Johanna was a great sport about it and still wrote us a raving reference on couchsurfing (though we do owe her an umbrella next time we meet).

Our excursion the next day is what made the whole trip to Salzburg worthwhile.

We ventured out to see the largest ice caves in the world in Werfen, Austria (a train ride outside Salzburg). 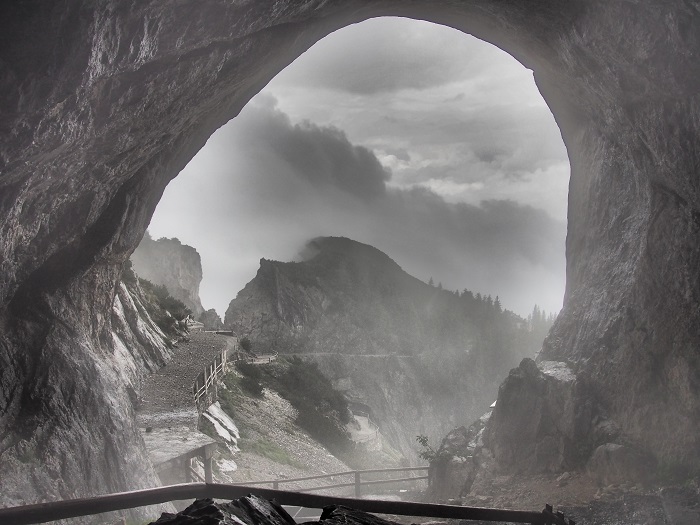 A bus takes your part of the way up the mountain and then you hike the 20 minutes to the caves themselves. On a good day a beautiful views supposedly opens up for you and you can see the castle below and the various villages. As it seems we are always cursed with poor visibility days we just saw lots of clouds and fog. 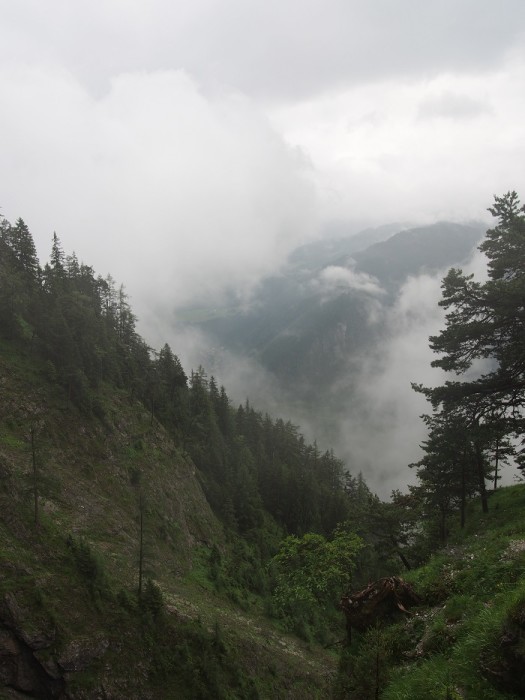 Entrance to the caves is via guided tour and takes about 1 hour. No photos are allowed inside so we’ll simply have to remember the experience in our minds.

The caves themselves are incredibly interesting and you spend an hour walking around just a small fraction of them, gazing at the various icicle sculptures and ice mounds.

Truly fascinating and well worth the trip out.

So if you’ve got a couple days in Salzburg and are debating how to spend an extra day, choose the ice caves over Salzburg.

Toss the Mozart balls and Sound of Music tunes asides and venture out to see the world’s largest ice caves instead.

4 Responses to Ice Caves over Salzburg