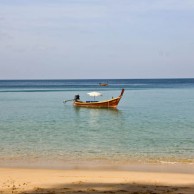 Essentials to Pack When Travelling to Thailand
By Vicky

If you have decided that your next holiday will be spent in Thailand, you certainly won’t be disappointed, something that millions of tourists would confirm. In order to ensure that you are well-prepared, here is a list of essential items to include in your luggage… 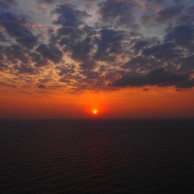 Renting An Apartment In Thailand
By Dave

Vicky and I decided to change things up in 2014 (well, technically December 2013), by renting an apartment for 39 days. After two weeks trekking in Nepal, we decided it was time for some R&R and to catch up on some work. There were a… 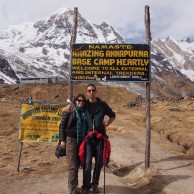 2013 has been quite the year for us. Our first full year of traveling and office free living. Let’s see how the year went by: January: Thailand  After 3.5 months of traveling just the two of us, in January we were finally able to see… 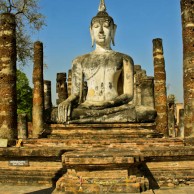 We spent 63 days in Thailand. Here is a collection of our impressions, travel tips, and the cost break down. Schedule  Bangkok 24 days We spent almost X days in Bangkok, spread over three different visits. My uncle lives in Bangkok so when we first… 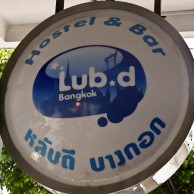 Lub d means “sleep well” in Thai – see how we slept at the famous Lub d hostel in Bangkok. 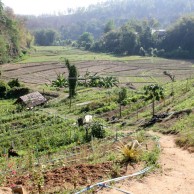 Volunteering at Mindful Farms in Thailand
By Vicky 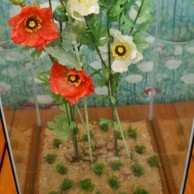 The Golden Triangle and the Drug Trade
By Vicky

More frequently though the Golden Triangle evokes images of opium poppies, hillside tribe and the drug trade that went on in this region for years. The name itself originates from the high price of opium, leading itself to being known as black gold, which was purchased with gold. With the amount of gold and opium that passed hands, this area is now known as the Golden Triangle. 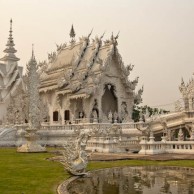 Our Favorite Temple In Thailand: The White Temple
By Dave

The temple, as you would expect, is completely white. Kositpipat, the designer, believes gold is “suitable to people who lust for evil deeds” and wanted this temple to be different from the standard golden Thai temple. I think he was just working under tight budget constraints. 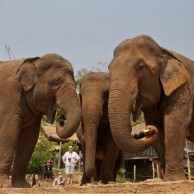 In the past 100 years, the Asian elephant population has declined by 90% and their available habitat has shrunk by 95% in the same time. It’s not exaggerating to say that in 20 years time there very well might not be any elephants in all of Asia. This once mighty mammal will be reduced to a mere historical reference. 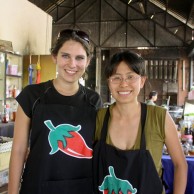 After taking many cooking classes in Thailand I was ready to take my final one in Chiang Mai. I chose Grandma’s Thai Recipes for its stellar TripAdvisor reviews and the fact that the cooking class would be private, and you get to pick which dishes to prepare. While group cooking classes are fun I do enjoy the personal interaction and conversations with the instructor that comes with a private class.