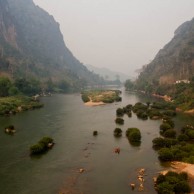 Our wrap up from having spent 31 days in Laos! 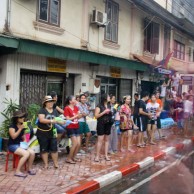 Celebrating Songkran in Laos
By Vicky

Our trip to Laos was lucky enough to coincide with Songkran – the Lao New Year, which is celebrated from April 13-15. Traditionally during the holiday water is used to wash homes and Buddha images, with people adding flowers or natural perfumes to add a pleasant scent to the water. 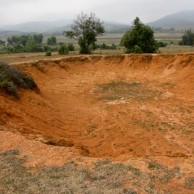 The Secret War in Laos
By Vicky

Did you know that Laos is the most heavily bombed country in the world? Did you know that between 1964 and 1973 the CIA conducted a secret war in Laos, which the American people had no idea about? 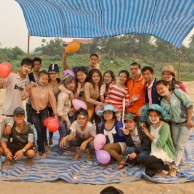 Partying with Locals In Luang Prabang
By Dave

Sometimes one thing leads to another and before you know it you’re partying on a beach with 30 young Laotians! 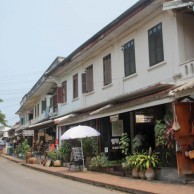 Are Laotians Lazy?
By Dave

Indeed, Laotians might just be the most “relaxed” culture we’ve ever come across. I don’t think I’ve ever seen so many people laying around, seemingly enjoying doing nothing – simple meandering about. 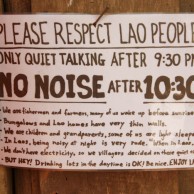 Is Muong Noi Overrated?
By Dave

Our first major destination in Laos after crossing the border was Muong Noi – a small town in the North. This was all but undiscovered a few years ago and we were hoping it would offer us some much needed isolation from our recent visits to tourist hot spots Chang Mai and Chang Rai. It was reputed that the area had electricity for only a few hours in the evening, and certainly no wifi. Nowadays, that type of thing is considered very cool among backpackers in a sort of retro 80s throwback way. We thought it would be a time to kick back in a hammock and relax in some place picturesque. 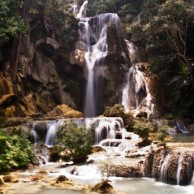 Kuang Si Waterfall – Photo of the Week
By Vicky