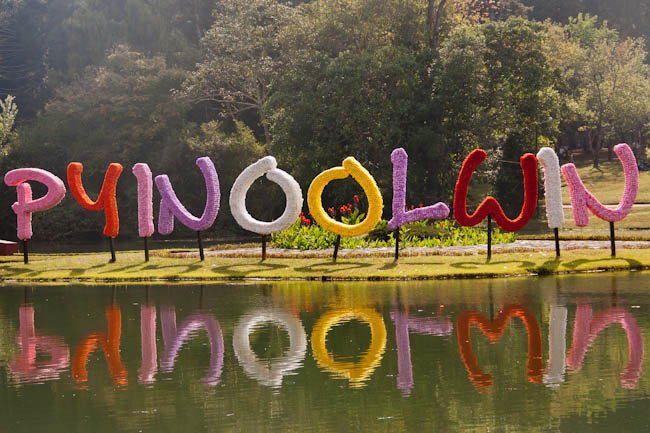 Note to self – always check the location of the place you’re staying in.

We realized on arrival that our hotel was quite a ways outside the city. Definitely not walkable. This is the type of situation I hate, because the cab driver knows he’s got you and you have no bargaining room whatsoever – you’re lucky to find anyone who is willing to take you and if you do it’s going to be for some obscene price.

It ended up costing $6.50 – which by Burmese standards is quite obscene, but I was glad it wasn’t worse.

At least the place was nice.

We realized that we weren’t going to be heading back into town that night, so we had one day to do it all. Luckily, there isn’t an awful lot to do in Pyin Oo Lwin, with the main draw being a very park (Kandawgyi Gardens). The next day we hitched a ride into town in a minivan and made our way to the park. The place was overrun with Burmese. It was like a national holiday and everyone was out, picnicking, playing guitars, etc. 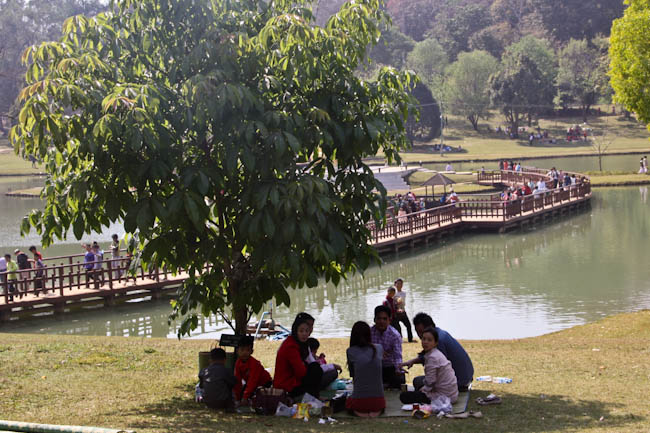 It was a nice scene if not for all the trash. This was a common theme in Myanmar, people liter constantly. I can’t stand it, but I’ll save that rant for another day. 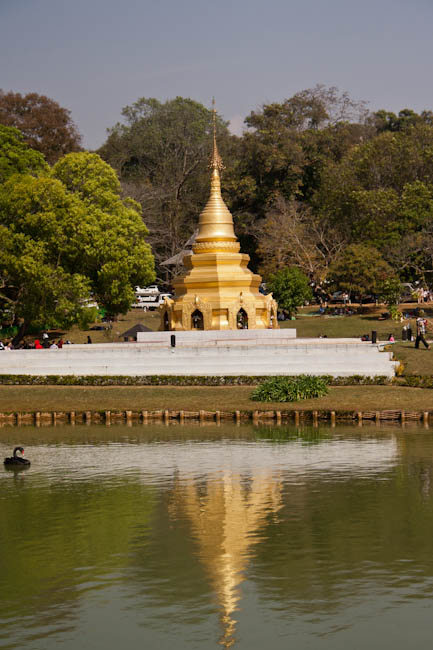 At one point we stumbled into an aviary, which had a really nice selection of exotic birds – my favorite. 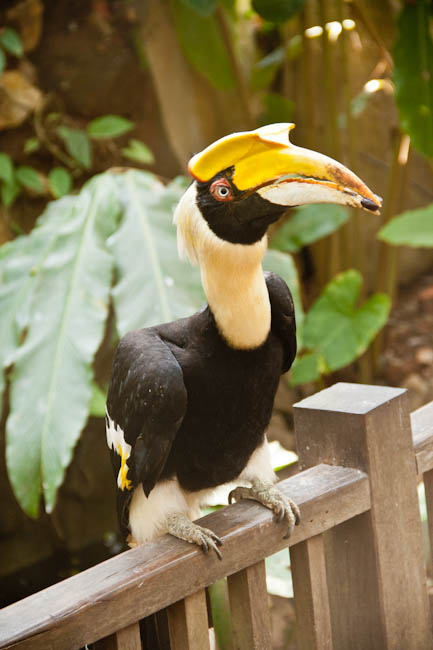 A lady was walking around, feeding the birds and letting us try too. Not as easy as it sounds, given their extraordinarily large beaks, but I managed to land a few banana slices in. 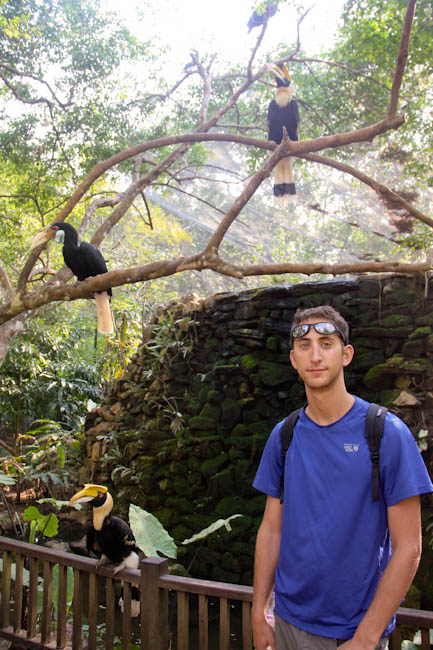 Later, while simply walking around the park, we stumbled on to two large monkeys rambunctiously playing with each other. Vicky and I have seen monkeys in the wild a few times before in China and it usually results in 100+ pictures. This took it to a whole new level, and we were incredibly glad we stumbled onto this display in progress. 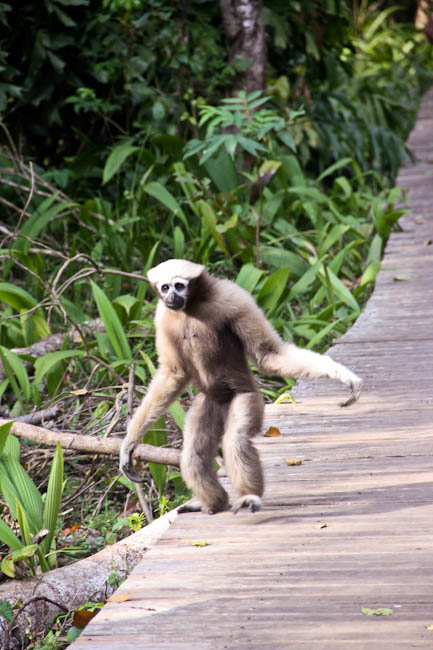 For one thing they were huge, probably about half my size, maybe larger. They were so comical in the way they walked, shifting their weight from side to side and almost not bending their knees at all. They leaped from tree to tree one after another.

Later on, while we were exiting the park, we caught a tug of war match – how Western (or so we thought). It was the perfect end to a stroll in the park. 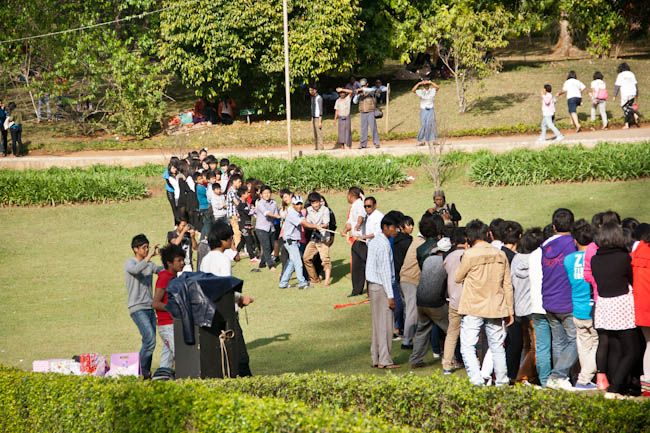 When we left to head back to Mandalay we had to grab another local pickup so Vicky and I flagged one down with the help of the hotel on the side of the road.

Before long, one pulled over. I asked one guy where we should put our bags.

“Up there” he said, pointing to the roof.

Then I asked where we should sit.

“Up there” he said, pointing to the roof.

This was a terribly unsafe proposition but also terribly irresistible. We had seen several Burmese do this before, but never any foreigners. We could be the first, we thought. It looked fun, in a “I’m riding on the roof for two hours, completely exposed and should there be an accident I’ll likely go flying” kind of way. We agreed that we do it just this once. 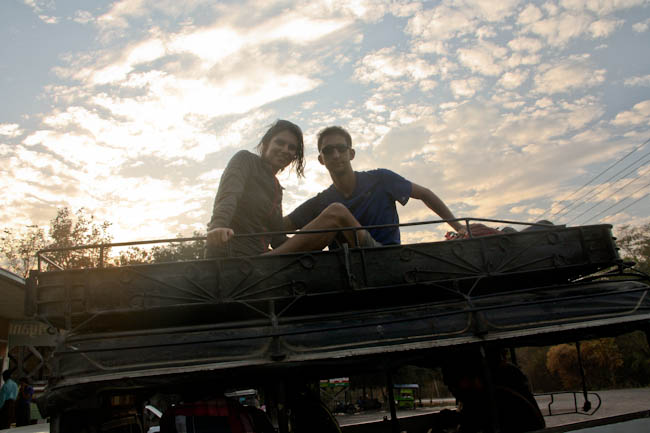 As it turns out, it wasn’t just us who had never seen any foreigners on the roof. The Burmese got a kick out of it and our two hours was filled with laughter and waves as we made our way to Mandalay. Definitely something to remember. 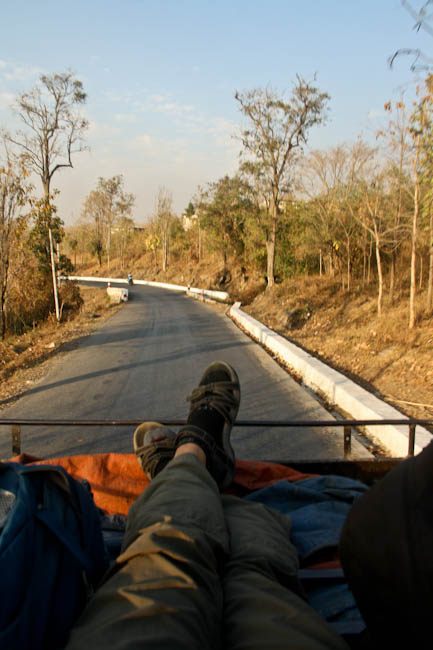 2 Responses to Playing With Birds In Pyin Oo Lwin