A Train Ride in Burma 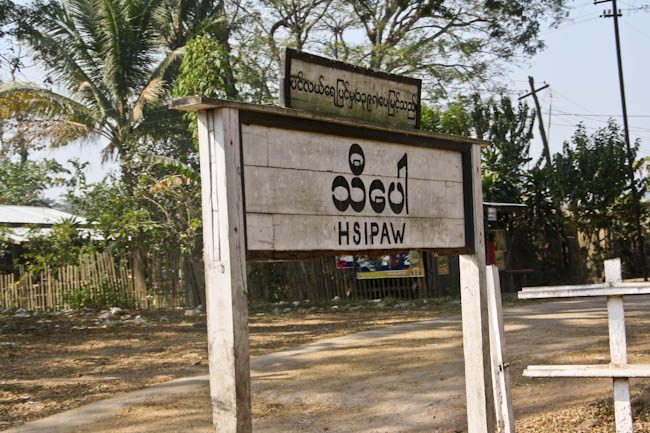 After reading on wikitravel that the train ride between Hsipaw and Pyin OO Lwin is one of the ‘must do’ railway journeys in the world I knew we had to make it work. I mean our trip doesn’t even take us all over the world, so if we only need to slightly go out of our way for one of the best things in the world, I say it’s worth it. Unlike the obstacle courses they make out of train stations in the US (all for the sake of safety I imagine) with multiple sets of stairs and bridges, here in Burma you just walk right across all the tracks to the other side (or just sit on the tracks until the train arrives). 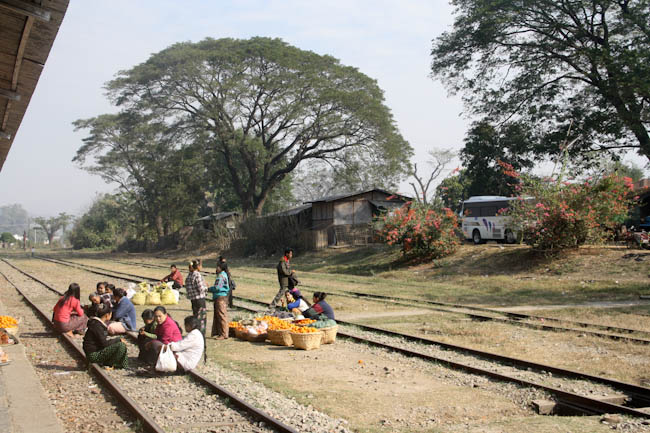 Patiently waiting his turn in line, Dave witnessed quite the spectacle. 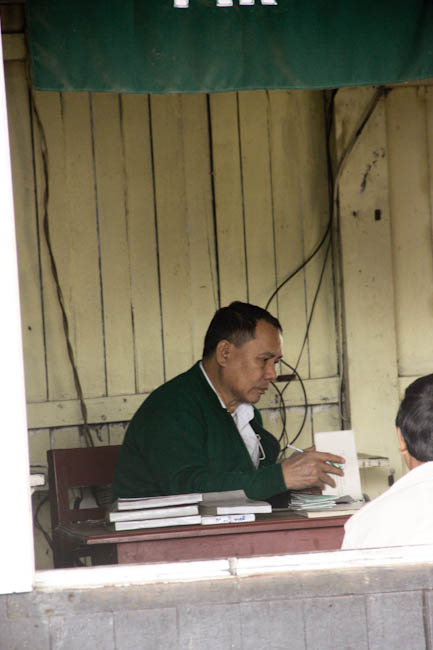 Another Westerner was purchasing train tickets in front of him. As Dave describes it, the girl handed over her passport and immediately the Burmese gentleman selling tickets was awestruck. She was from Honduras.

“Do they speak English there?”

Of course, she had no problem buying the tickets, it was simply the fact that the man had never met anyone from Honduras before (and perhaps, was not even aware that it was a country). After he processed payment, he just kept chuckling to himself saying Honduras over and over again.

After a long debate between regular and first class seats, forsaking perhaps a more culturally rich experience we splurged and purchased the first class seats (only $3 more expensive) and hopped in our luxurious cabin with all the other tourists. 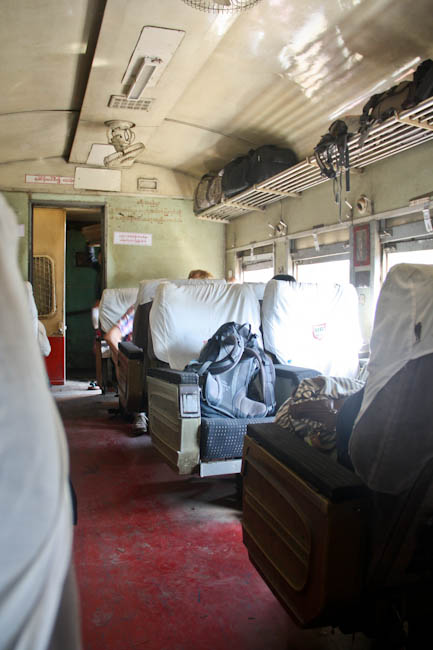 And by luxurious cabin what I mean is a train car fitted with airplane seats instead of train benches. Peculiar to say the least. With an ashtray and a pullout table from the side of the seat these weren’t coming from the latest Boeing 747 model, I presume. With a short delay (something about the brakes not working and a few train workers fiddling with them under the train) we were off. As we made stops along the way we were able to observe the local life brewing around the stations. Vendors selling all sorts of food and drink with their set up stalls. 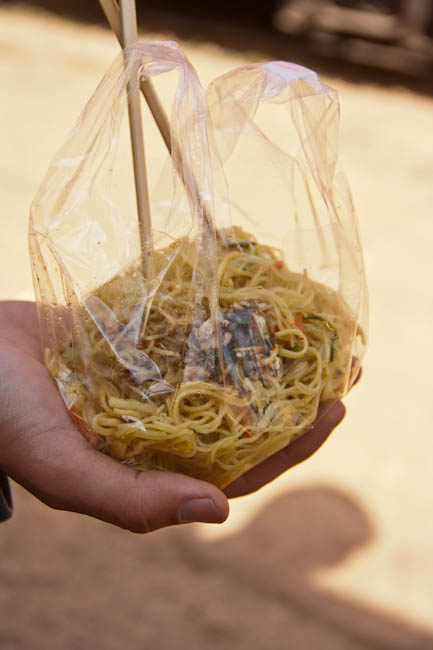 Women with impeccable grace and balance walking along the length of the train, loudly shouting out their snacks and treats for sale. 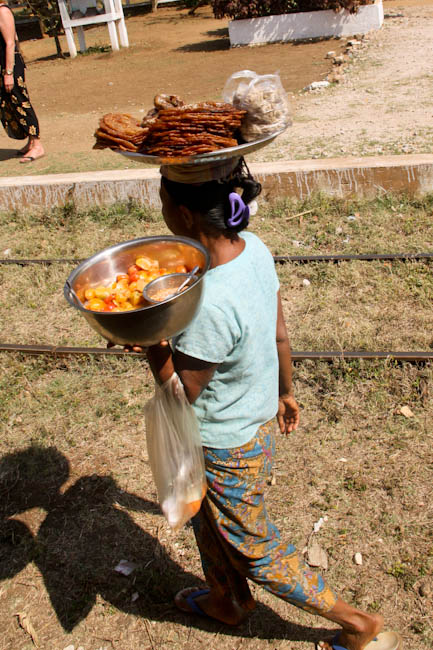 Kids playing around on the tracks. 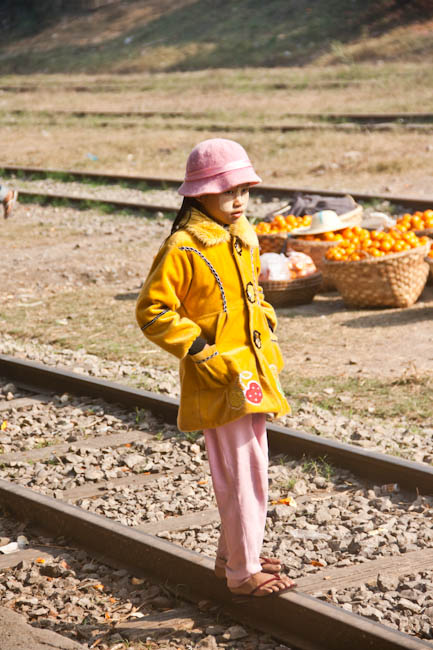 But the real attraction was the Goteik viaduct. Referred to as a “masterpiece of British engineering” the railway bridge was completed in 1900 by the British as a way of increasing their influence in the region (with the parts shipped over from the US). At the time of completion it was the largest railway trestle in the world. 689 meters long and 250 meters high no one describes this bridge better than Paul Theroux (the author of The Great Railway Bazaar) – “as a monster of silver geometry in all the ragged rock and jungle.” 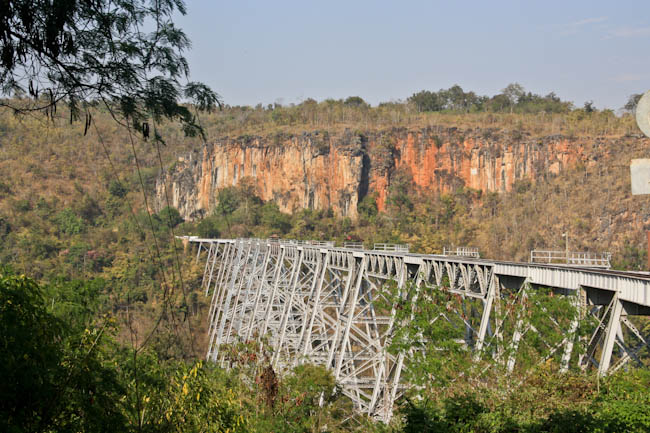 This is what I was eagerly waiting to see. As we slowly crawled up to and inched across it the sight was truly magnificent. With everyone hanging out their windows to get the perfect glimpse, I was so happy we lucked out and had our seats on the left side, where the best views are. 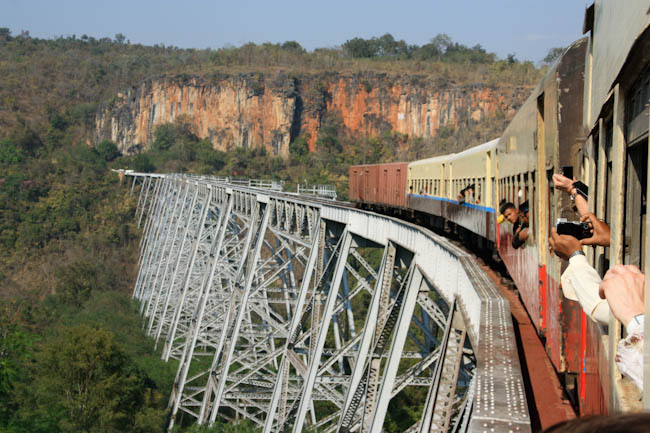 We made it over to the other side safely, otherwise it would have been a long way down. 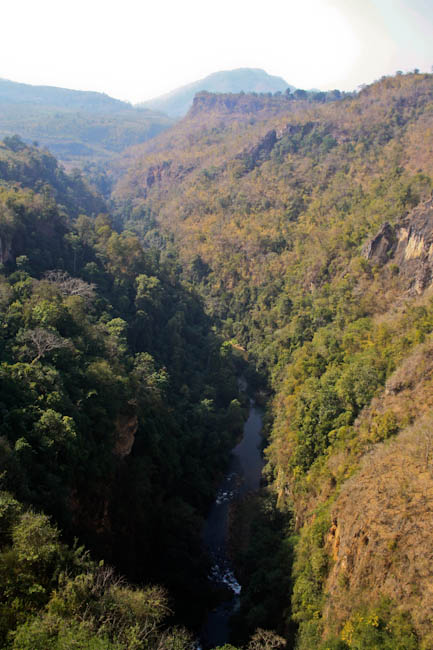 We made a quick stop afterwards and immediately all our fellow first class cabin members (a group of older aged European tourists) hopped off to snap some more photos. 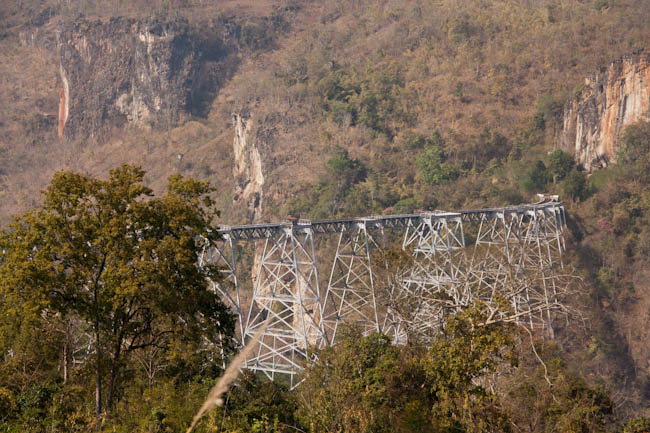 With their guide jokingly telling them they would have 10 minutes you can imagine their horror when the train started to take off at 1 minute. Cue terrified Brits running to catch up with the train. More entertaining to watch than I’m willingly admit. 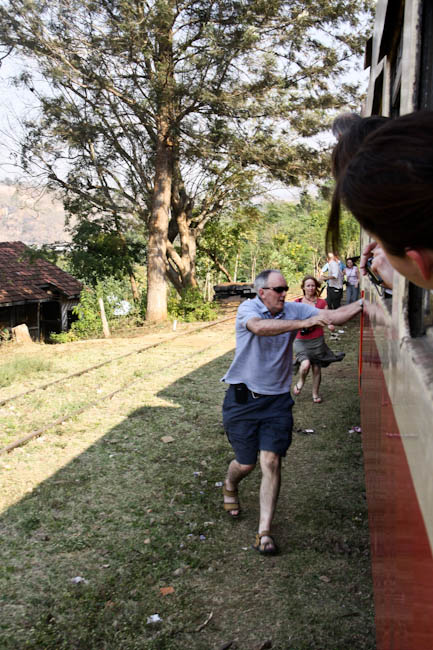 From there until we made it to Pyin OO Lwin it was all farms, fields, river and local villages. Not a bad way to spend the afternoon relaxing and reflecting. 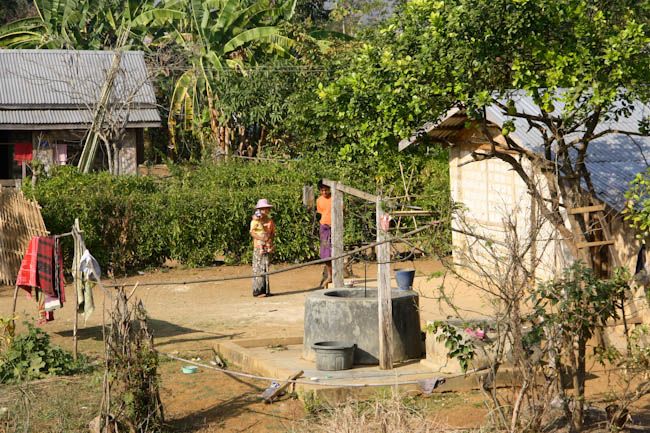 11 Responses to A Train Ride in Burma