Top 10 Things to Do in Vienna

Vienna is an incredible city. We spent a full week there and could have spent even longer. It is charming, romantic, architecturally gorgeous, and just a wonderful place to spend a few days. We stayed with friends for most of our stay but not to worry there are plenty of hotels in Vienna to choose from. It is just that classic European city that you could wander around forever.

But if you’re on a mission to see the highlights be sure you don’t miss these top 10 things to do in the city. 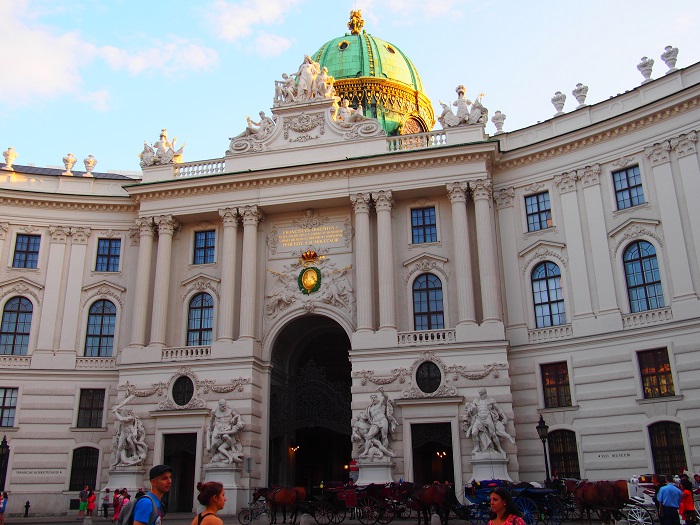 The Hofburg Palace served as the home at the Habsburg dynasty – the rulers of the Austro-Hungarian Empire and is currently the official residence of the President of Austria. This was the Habsburg family’s winter home. It was built in the 13th century and since then some of the most important people of Europe have filled its walls.

The Belvedere is a Baroque palace complex consisting of the upper and lower belvedere, the orangery, palace stables and gardens, and was the home of Price Eugene of Savoy. The Upper Belevedere houses an art museum which is what we visited before strolling through the beautiful gardens. 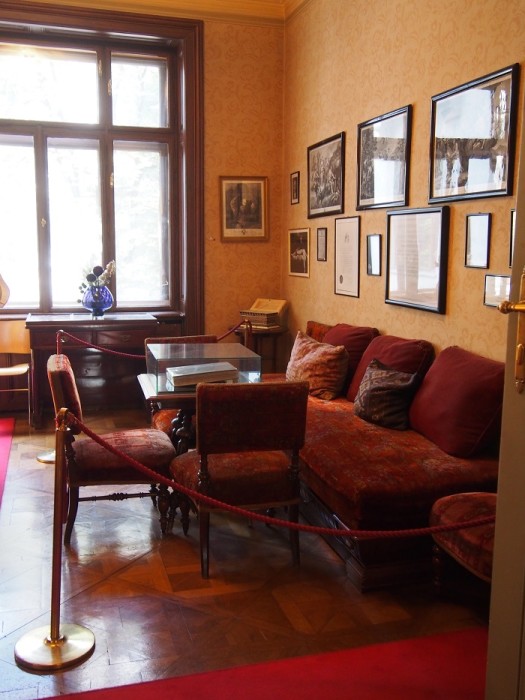 This museum covers the life of Sigmund Freud, the founder of psychoanalysis. These are his former living quarters and office. He lived in this house from 1891 until 1938, when he was forced to leave due to his Jewish heritage, and fled to London.

This is the memorial to the 65,000 Austrian Jews who died in the Holocaust. In the nearby Misrachi house there is a museum with a permanent exhibition and information area with names and dates of the murdered Jews and the circumstances that led to their persecution.

This monument was built by the Red Army in memory of the 17,000 Soviet soldiers who died in the battle for Vienna in World War II. This is a controversial memorial (with local nicknames such as the Looter’s Memorial, Memorial of the Unknown Rapist,) which the Viennese attempted to blow up several times, always stopped by the police. 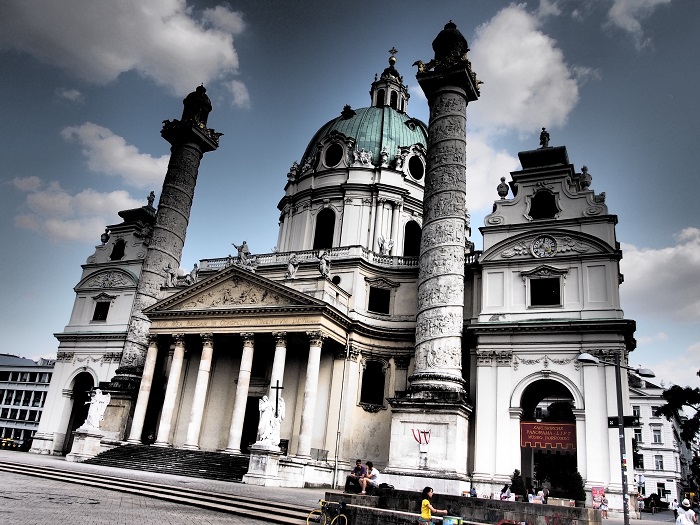 This baroque church is considered the most incredible baroque church in Vienna, as well as one of the city’s finest buildings. Construction was completed in 1737 after Charles VI, Holy Roman Emperor had pledged to build it in 1713. Admission includes panoramic elevator ride up to the dome where you can admire the artwork. 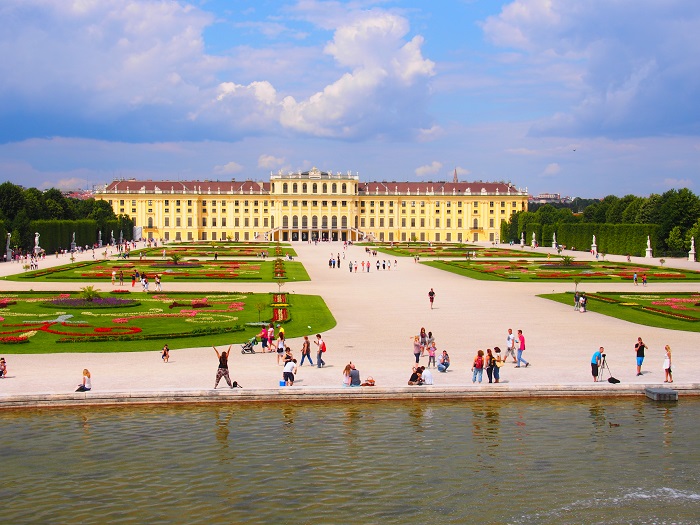 The impressive summer home of the Habsburgs. The 1,441 room Rococo residence is simply magical, with enormous highly decorated gardens outside. 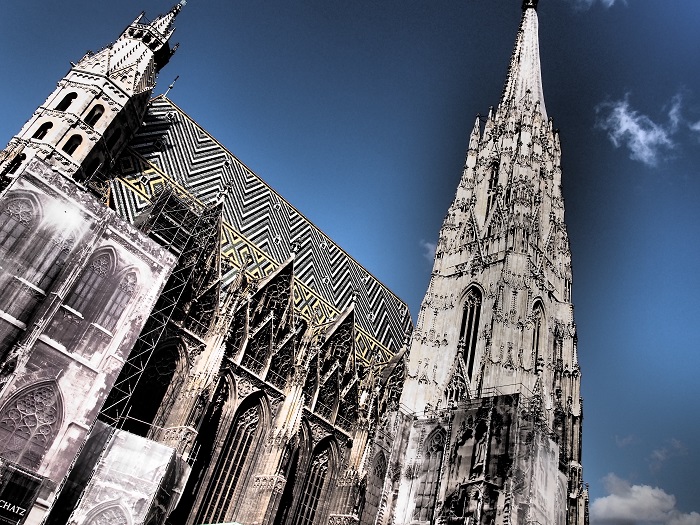 With almost 3 million visitors a year this is one of the top attractions in the city of Vienna. You can take a tour in and around the cathedral, climb up St. Stephen’s Cathedral, take the elevator to the (North Tower), or go down into the catacombs. This Romanesque gothic cathedral in the old town is definitely worth a visit. 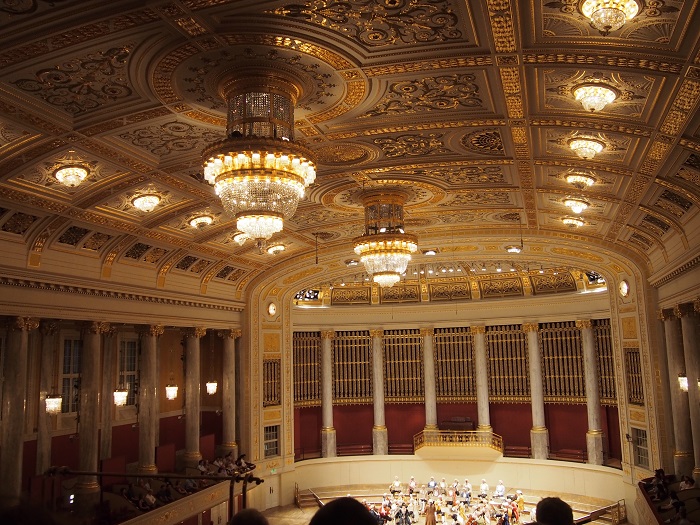 This is the oldest and most famous market in Vienna and you absolutely must stop by and walk around in awe of all the delicious and visually appealing food options. The market has been around since the 16th century when it started mainly selling milk bottles, but from 1793 it started selling fruits and vegetables as well. Nowadays you can find a little bit of everything. Plan your visit around lunch time so you can grab a bite to eat.

Bonus Item: Be sure to grab a bite to eat at the Sausage Stand in Albertinaplatz 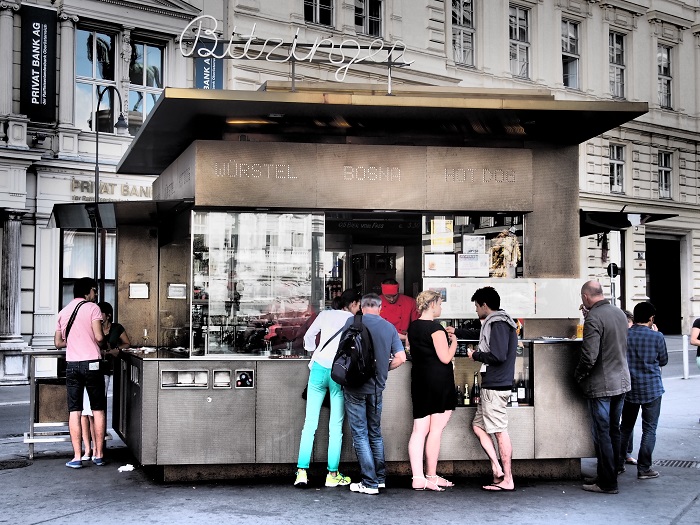 This is a great place to grab a budget bite to eat. We ate here numerous times during our stay and loved it. Just don’t make the mistake of asking for the shredding cheese you see being added — that is actually freshly shaved horseradish! This made for quite the funny misunderstanding.