41 Things You Didn’t Know About Myanmar

Four months ago we posted 43 Things You Didn’t Know About China. Now we’re following that up with some observations from an equally mysterious culture.

1. There are noticeably more monks in Burma and it  feels like Buddhism is a stronger part of their identity as compared to other Asian countries. 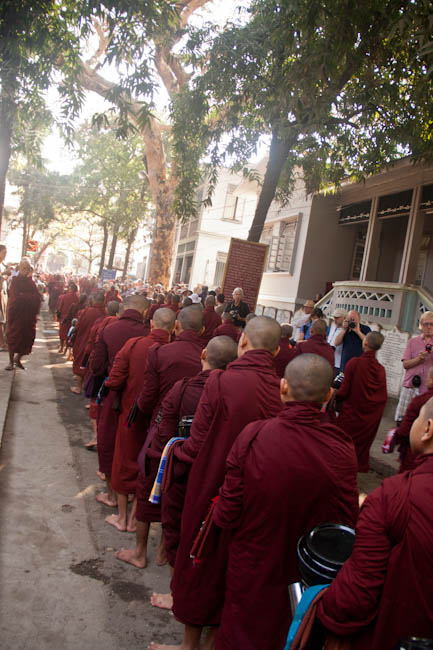 2. It is important to know which day of the week you were born and there is a different animal to represent each day (8 animals total – separate one for Wednesday morning/evening because of when Buddha was born in the morning). 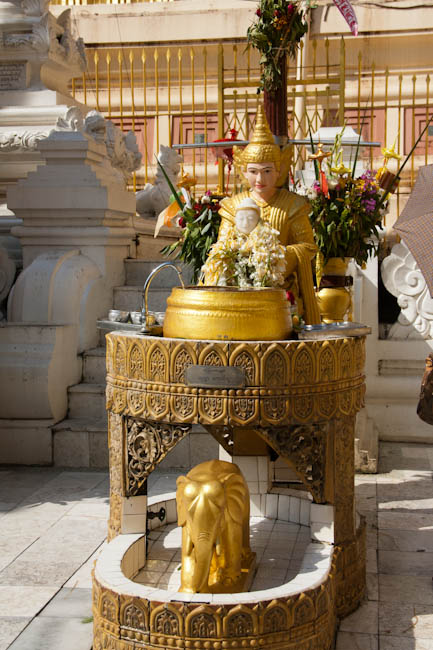 3. There seems to be a very large Muslim population in Yangon and in the morning you can hear their prayers over a loud speaker in certain areas.

4. Some cities have a seemingly endless supply of yellow stupas (pagodas). It is believed that by building or donating to the building of a pagoda you receive merit (and therefore wipe away some of your sins) .

5. Many locals visit temples and purchase gold leaves which they stick onto the Buddha statues and pagodas. 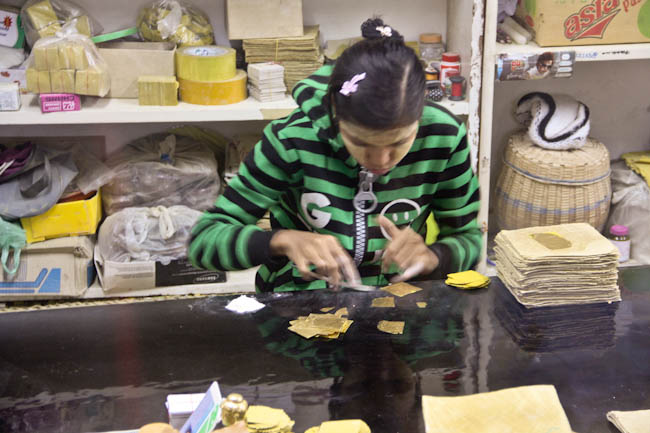 6. Both men and women alike wear the longyi – the traditional long wrap skirt. 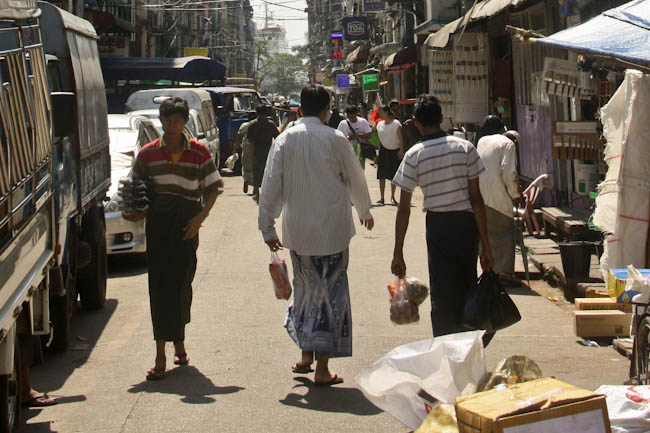 7.The Burmese are very conservative and tend to wear long skirts and always cover their shoulders.

8. Thanaka root (a form of tree) is mixed with water and applied as sunscreen and a form of makeup. 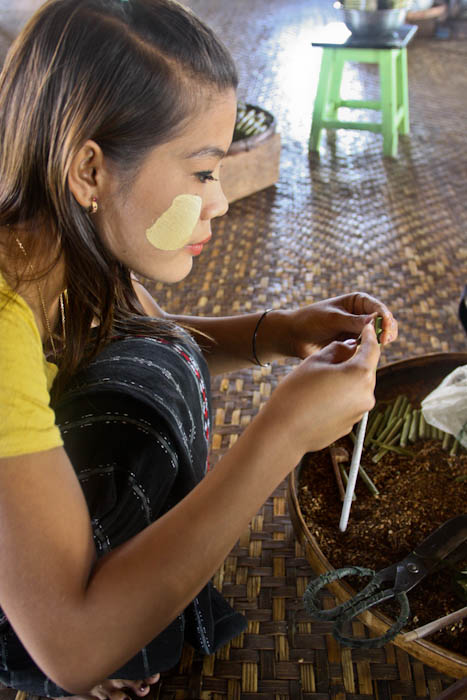 9. Women can be seen carrying heavy loads on their heads, displaying perfect balance while they do it. 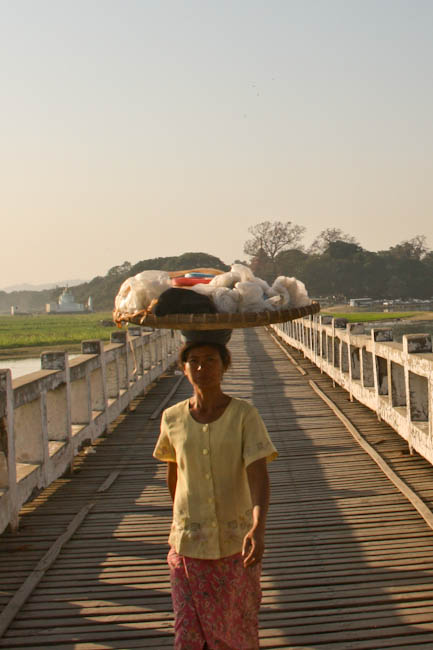 10. When giving something to someone else the Burmese have one arm outstretched and fold one arm over the other, touching at the elbow to show respect.

11. Men can often be seen chewing the betel nut, wrapped in leaves and spitting the red juice all over the road, staining their mouths bright red in the process. 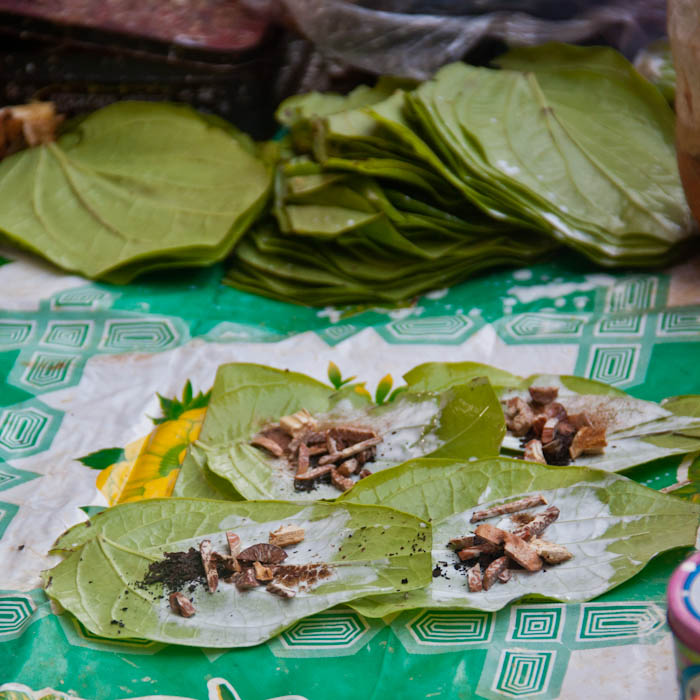 12. Only older women (or men) are seen smoking the cheeroots (natural cigarettes).

13. In smaller villages life revolves around the river; it is a place for brushing teeth, washing, laundry, etc. 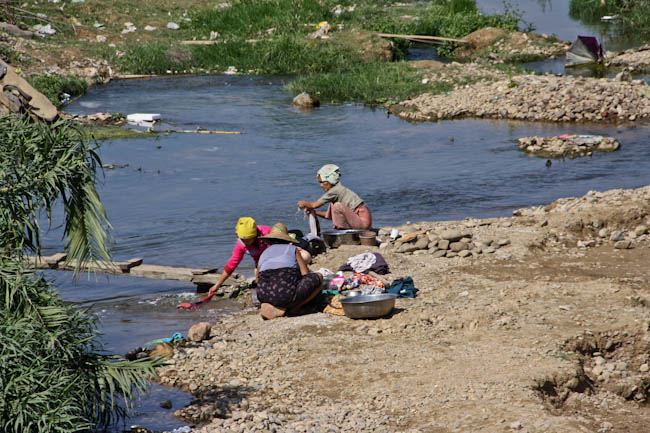 14. In TV commercials when there is an English speaker it tends to be a person with a strong Indian accent.

15. People can be seen riding on the tops of buses, when seats inside all fill up. 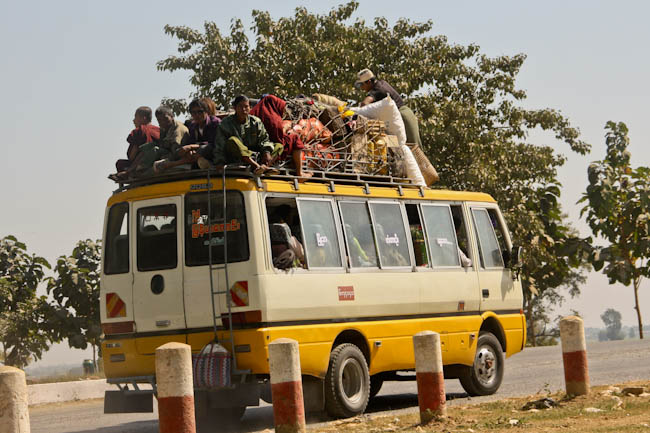 16. As of a few months CB ATMs are now available, and accept foreign cards.

17. Accommodation needs to be paid for in US dollars, which need to be crisp and brand new (with no folds or tears). 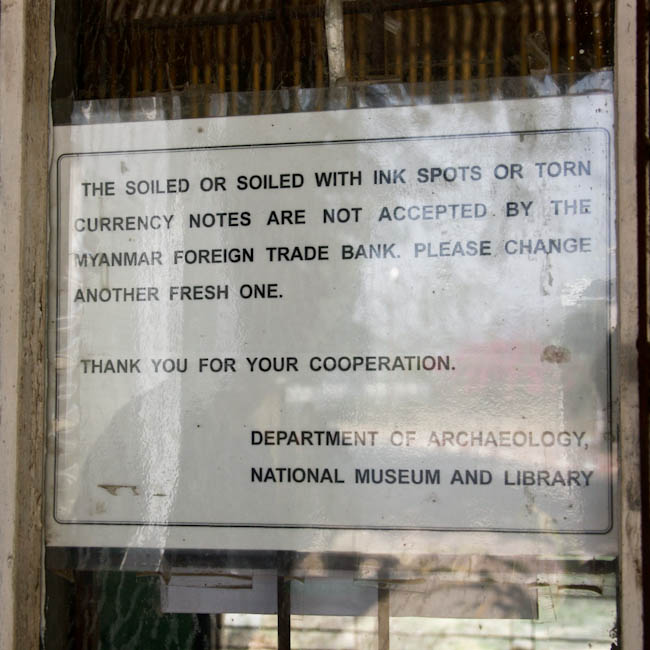 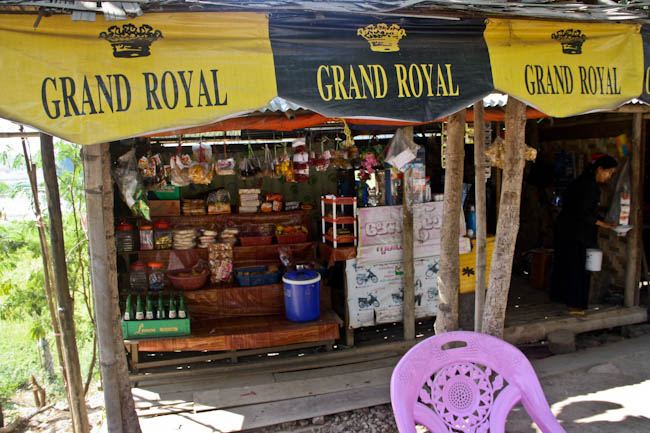 19. British architecture is evident in the cities back from the days of British Rule. 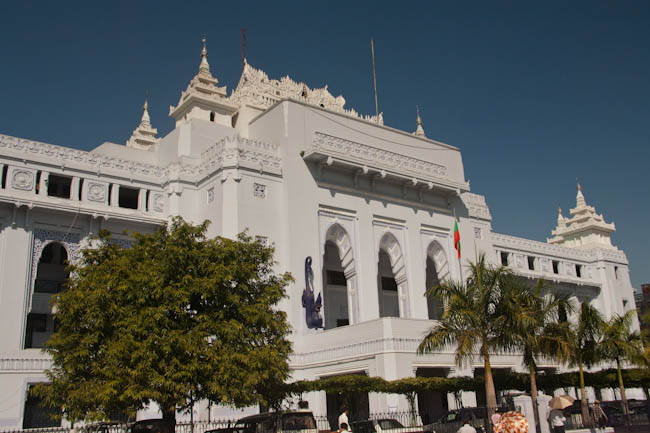 20. SIM cards have only recently become accessible to the Burmese (formerly costing up to $2000 for one).

21. There are no chain convenience stores in Myanmar (unlike the 7/11s that are all over Thailand).

22. In Mandalay there are many 4 way intersections without stop signs or traffic lights, but traffic seems to still glide along smoothly.

23. Cheerots – handmade natural cigarettes are made with leaves and corn husks. 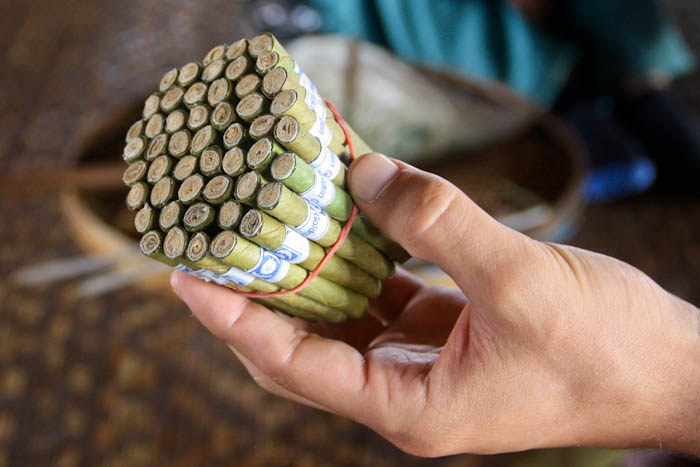 24. Myanmar is known as the Golden Land – appropriate considering all the gold leaf layered pagodas prevalent throughout the country. 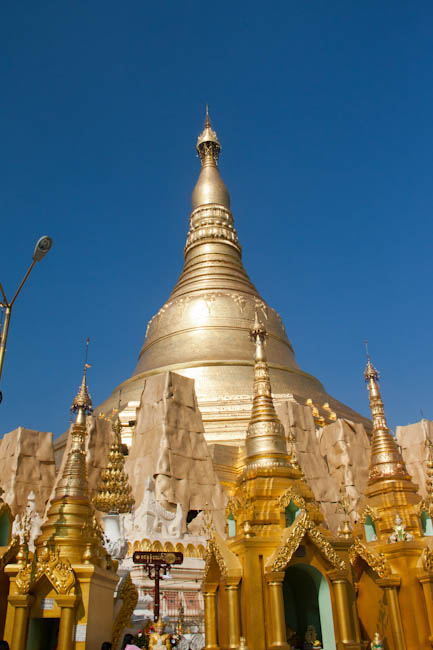 25. Calendars (many with photographs of Aung San Suu Kyi) can be seen everywhere, cafes, pubs, hotels, (sometimes several calendars in one room). Often one room will have four calendars, much like posters. 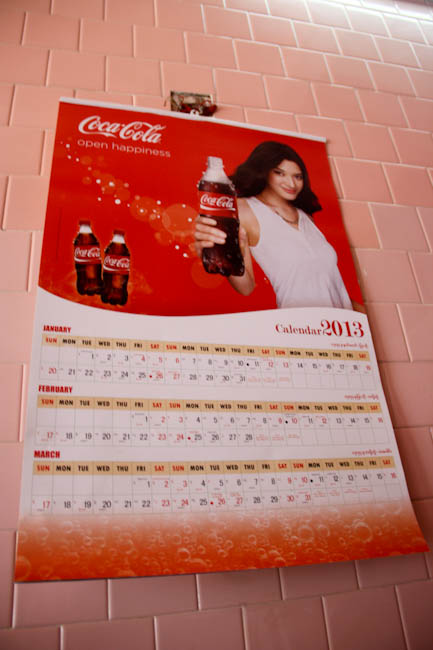 26. The people are incredibly kind and welcome, with both children and adults waving and shouting hello as you pass

27. There is an air of optimism with current governmental changes and locals seem hopeful that Aung San Suu Kyi will be elected President in the future.

28. The level of English is decent, (due to former British colonization) and is being taught in schools. 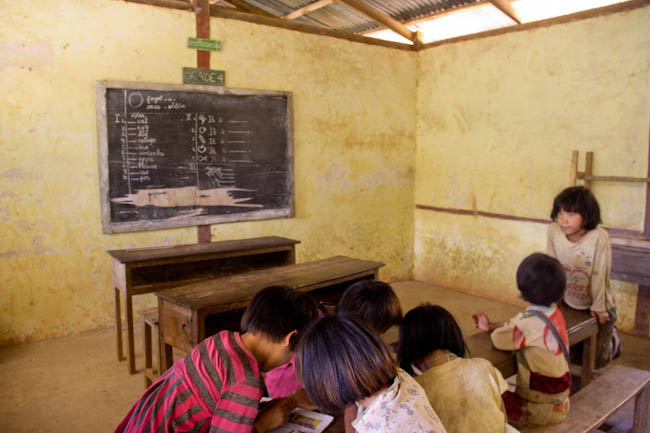 29. Tons of Indian and Chinese influence, down to the facial features of the Burmese today (most racially diverse country we have visited).

30. There are many problems with littering, the locals do not understand the effects of throwing plastic onto the ground or into the rivers. 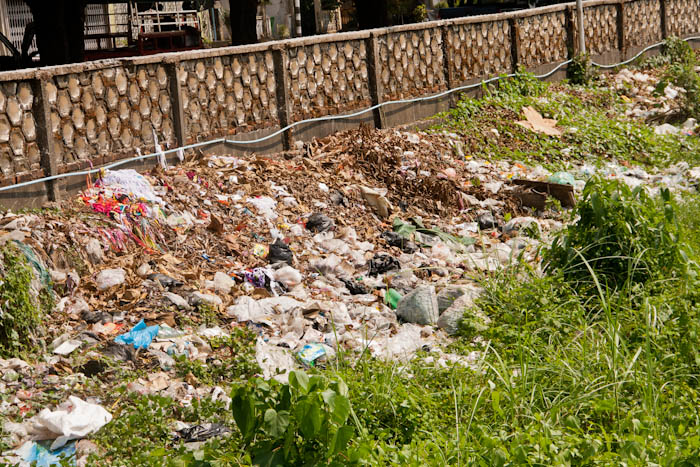 31. Indian and Chinese restaurants are very popular in Myanmar (at times can be difficult to find traditional Burmese food). 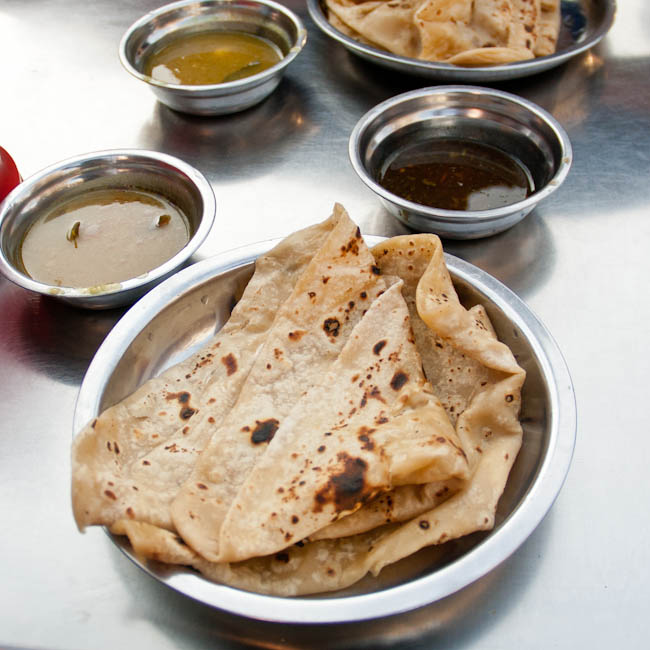 32. Tea Leaf salad is a traditional Burmese salad and is quite delicious. 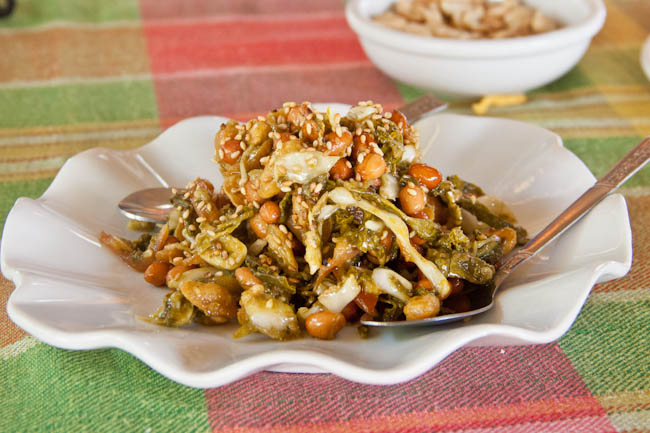 33. There are no Western fast food changes, BUT there are many foreign donut chains in Yangon. 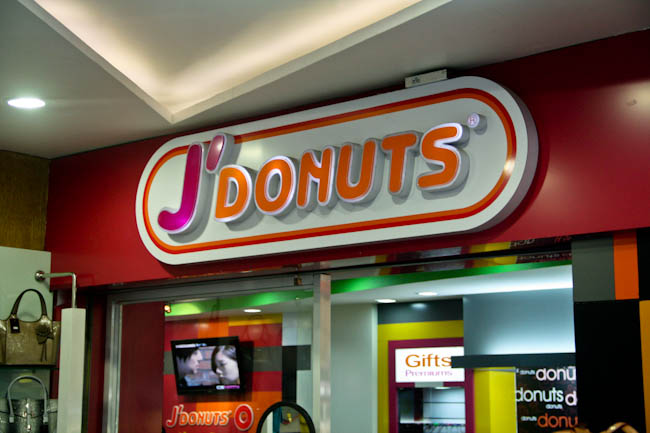 34. Ice Cream is very difficult to come by.

35. Samosas can be found freshly fried on the street for as little as less than 10 cents. 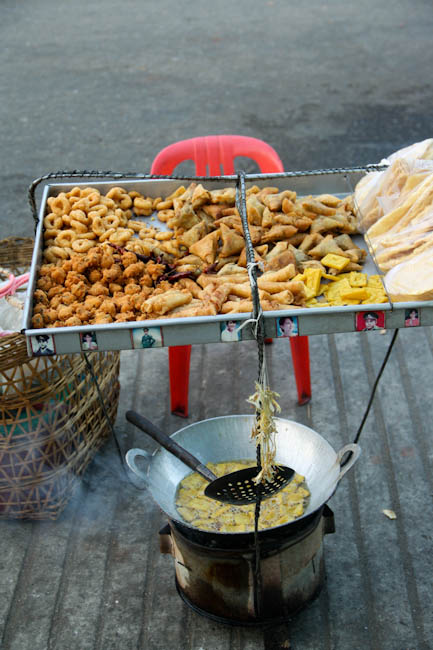 36. Burmese curries are served with multiple veggie side dishes 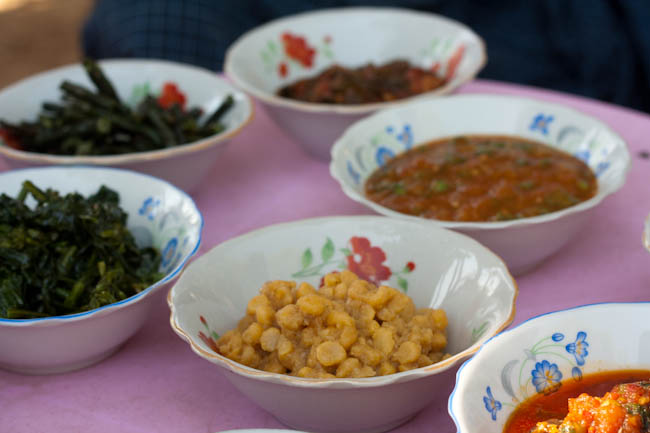 37. Burmese are not allowed to accept foreign visitors after sundown.

38. Speaking out against the government is still very risky and got some of the Mustache Brothers, a Trio of comedic brothers, sent to prison. 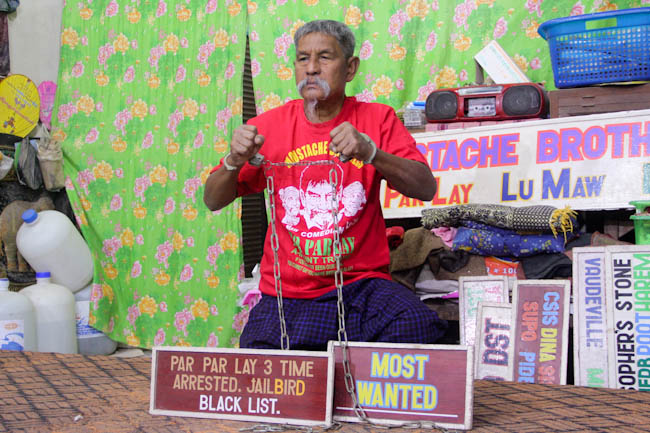 39. Many parts of the country are still off-limits to tourists.

40. There are no overland border crossing for tourists into Myanmar (in Thailand you can do a visa run into Myanmar but you are only allowed to stay for one day).

41. There is almost universal support and love for Aung San Suu Kyi. 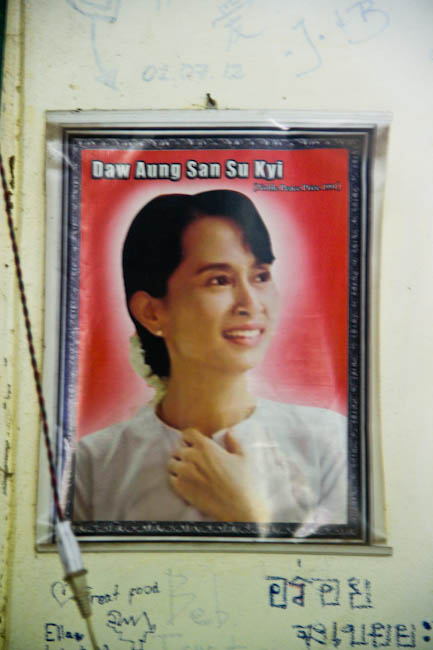 8 Responses to 41 Things You Didn’t Know About Myanmar