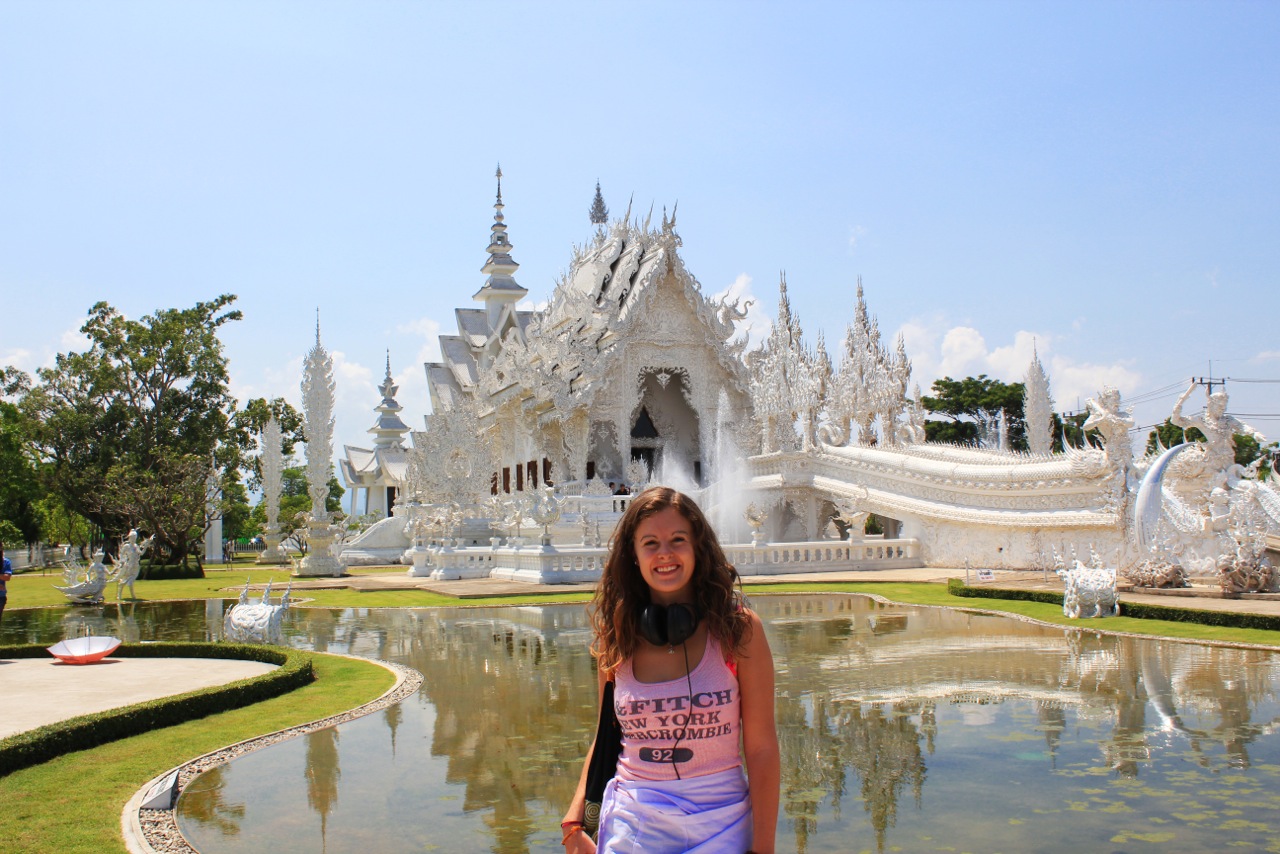 I’m Lauren, I’m a twenty-something female who set out in July 2011 with a plan to travel around the world for a year or so. A few months into my trip and I already knew I wanted to travel for so much longer. I kickstarted a freelance writing career, holed up in Thailand for a few months working and now I travel and work around the world full-time!

Once I decided I wanted to travel, I spent five years working and saving up money, I sold everything I owned, bought a one way ticket and haven’t looked back! 🙂

I started travel blogging six months before I left England. I originally started it so that my family and friends would be able to follow along with my adventures… a few months into it I found myself devouring other travel blogs and decided to take this whole blogging thing a little more seriously! I originally hoped to be a helpful resource site that helped other travellers with tons of information about places and things to do but soon realized that wasn’t going to work with all of my misadventures! I now focus on the hilarity of the things that happen to me and hope to brighten up my readers’ day by doing so! Hopefully it ends up being oddly inspirational too — if all of this horrible stuff can happen to me and I still keep travelling and love it, then it means that anyone can do it!

2. Having followed your blog you certainly have had your fair share of terrible incidents. Let’s see, there was the dead woman on the boat, the tsunami, being scammed in China, violated in Bangkok…the list goes on and on. Any idea why this seems to happen to you? Was it always like this (even before you started traveling)?

Welcome to my life! Yes, this is seriously *exactly* what my life has always been like. I’ve spent my entire life having ridiculous things happen to me, resulting in my friends forever saying “only you, Lauren!”. For some reason I believed that once I started travelling, I’d become all sensible and stop having to deal with all of these bizarre incidents… I lasted a couple of days.

I’ve frequently been referred to as a stereotypical scientist — very intelligent but lacking in common sense. I imagine that has a lot to do with it… I can’t complain though, it’s helped to set Never Ending Footsteps apart from any other travel blog… F*cking up is my niche!

3. What’s been your favorite country thus far, and which one are you looking forward to the most?

Tough question! My top 3 so far would have to be Cambodia, The Philippines and Slovenia… I can’t narrow it down to just one!

At the moment, I’m really looking forward to visiting Burma in April.

4. When you first started traveling did you always imagine that this is where you’d end up? Specifically, did you expect to have so many people following your journey? Did you think you’d be traveling for this long?

I had always planned to travel for as long as possible, or for as long as I enjoyed it and was able to, but always envisioned it as being via a mix of Working Holiday Visas with travel crammed in between. I’m ecstatic I’ve managed to find a way to work online so that I’m able to travel as much as I like, and work from anywhere.

I definitely didn’t expect to have so many people following along with my adventures either — it astonishes me that there are so many people out there that love hearing about all the ridiculous things that happen to me. It’s a wonderful feeling and I feel very fortunate 🙂 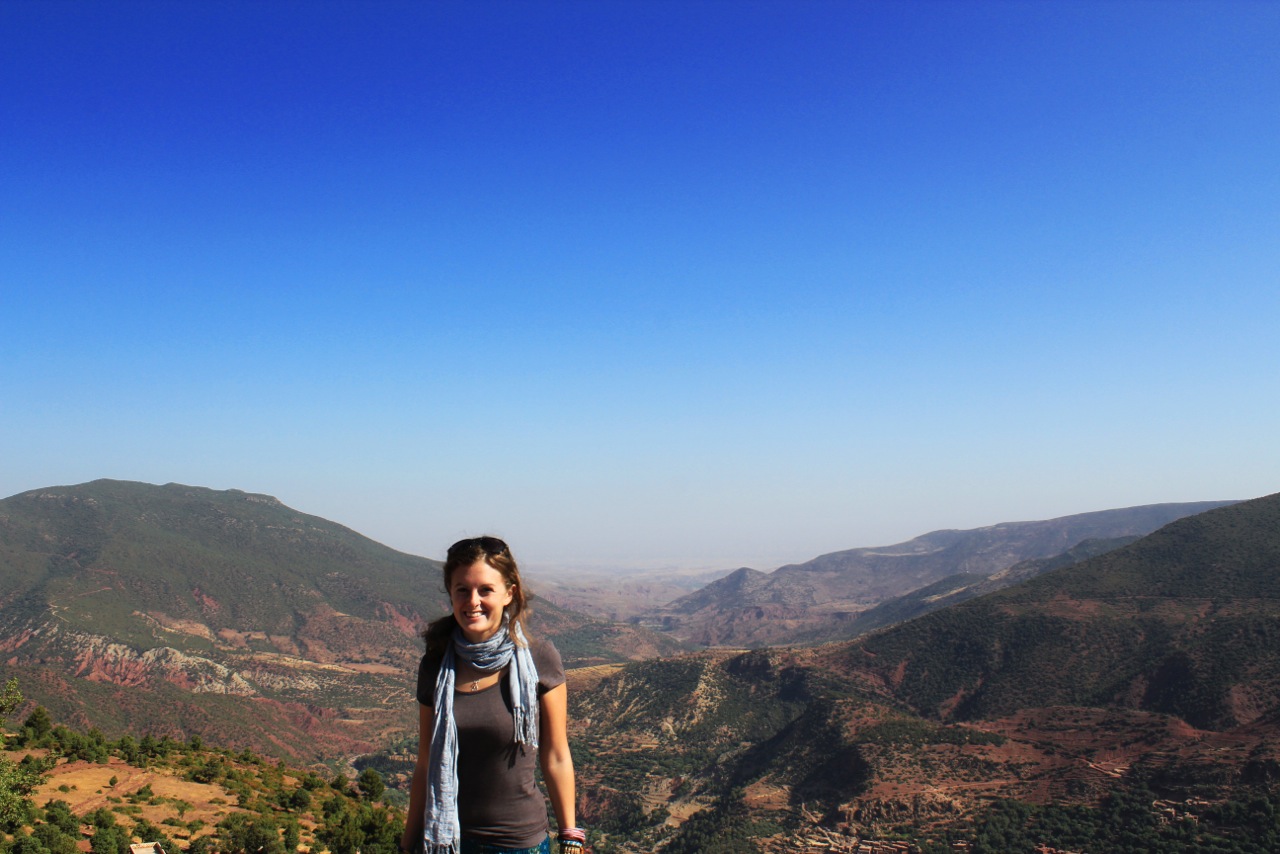 5. What’s it like dating another travel blogger? How did you meet? Do you ever get competitive with your blogs?

Dating another travel blogger is wonderful and amazing! Dave and I actually met online after many, many months of flirting through Twitter and our respective travel blogs! Dave had just moved to Chiang Mai in November 2011 to live for three months and I was passing through on my travels. Within days of meeting, I had changed my travel plans, we moved in together and have spent close to every waking second together ever since.

Both of us don’t care all that much about metrics, being Tha’ Best Travel Blog Eva’ or having massive numbers of readers and followers. We’re just really supportive of each other and if we’re both doing well, then everyone’s happy.

6. You’ve had the unique experience of budget travel both solo and in a couple. Which do you prefer? What are the pluses and minuses?

There are positives for both methods of travelling and I enjoy both.

As a solo traveller, it’s a lot easier to meet people, you’re not all wrapped up in a couple bubble, which I think makes you less approachable. Having the freedom to be selfish and think only of yourself is another benefit — you don’t have to worry that you’ll be dragging someone out to something they don’t want to do and vice versa. I’m an introvert so I love my peace and quiet, which is harder to find when you’re travelling with another person.

Travelling as couple means that you have somebody to share all of your amazing experiences with, you don’t get as lonely and homesick and there’s always somebody there to chat to. Dave and I are pretty similar and argue very rarely so it’s never a struggle to travel with him. Also, cuddles.

Fortunately, both Dave and I began as solo travellers so we know the benefits of each — in fact, we often spend a month apart every so often, travelling solo before meeting back up again, so we get the best of both worlds!

7. How long did you live in Chang Mai? What is it like being an expat?

I lived in Chiang Mai for 3 months and it was perfect place for me to stop travelling, catch up on work and relax after 5 months of pretty hardcore travel. I loved being an expat — I loved having a close circle of travel blogging buddies who were also living there, I enjoyed discovering amazing restaurants and coffee shops and spending a significant amount of my time in them. But most of all, I really liked having a base and a routine! When you’re an expat you feel a lot more settled, just simple things like having a kitchen, knowing where everything is, having a set of friends that doesn’t change every 2 days…

I loved my time as an expat but after 3 months I had itchy feet and was ready to move on.

8. What are some of your interests outside of traveling?

I adore physics, having spent 5 years of my life studying particle and high energy physics. I also have an obsession with classic rock music.

9. What are your upcoming plans, both travel and non travel?

I’m writing this from Taupo, in New Zealand, where I’m road tripping from the top of the North Island to the bottom of the South Island with Dave and our friend Dustin. We’re due to finish that in March and then Dave and I will be heading back to our beloved Southeast Asia. We’ll be spending a couple of weeks in Malaysia, a month travelling through Burma and then a month of living and working in each of Chiang Mai and Saigon. We’re heading to Portland in July so that Dave can go to WDS (a conference) and then we’ll be driving from the west coast of Canada to the east. Around September we’ll be heading to Mexico and spending the rest of the year travelling very slowing down through Central America… and then we’re refusing to make any plans after this, we have far too many as it is!

As for non-travel plans, I’m going to be focusing on freelance writing and possibly dabbling in a bit of physics tuition as I travel. I’m keen to re-learn Spanish this year and I’m planning on teaching myself graphic design too! If I have enough time, I’d love to start writing a book I have planned, all about how not to travel the world 🙂

It’s going to be a busy year!

10. What do you miss most about being home?

I genuinely don’t miss a single thing about living in England. I miss my family like crazy, but that’s it. If I could find a way to pack them up in my backpack, I doubt I’d return home very often! 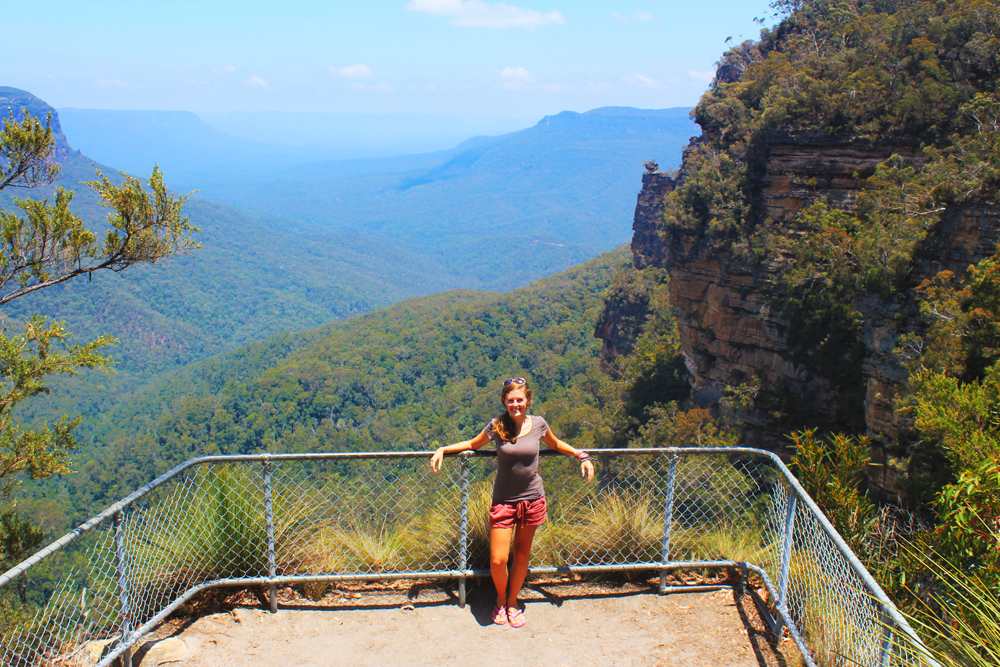 Author bio: Lauren is a twenty-something female who is travelling around the world forever while blogging about it at Never Ending Footsteps. From punching a scammer in Shanghai to being violated during a massage in Bangkok; from having to sit next to a corpse in Laos to getting attacked by monkeys in Bali, she always finds herself in the most ridiculous of situations.

7 Responses to Interview With Lauren from Never Ending Footsteps