How Friendly Are The Burmese?

Vicky and I have heard this time and time again.

“Burmese are the friendliest people you’ll ever meet”

When I hear something over and over again, it motivates me to try to prove it wrong. Call me a skeptic, a Debbie Downer, or whatever, I like busting myths.

So when we arrived in Burma after a two hour flight from Thailand, I was on the hunt. How friendly ARE the Burmese? Can they really be that much friendlier than everyone else?

One of our first encounters was with a taxi driver. I knew that the price to the hotel from the airport should be 8,000 kyats (a mere $9), but of course, this guy was going to rip me off, because he’s a taxi driver, and that’s what taxi drivers DO in foreign countries, right?

This country was going to reveal its true self before we even left the airport.

So I asked him, “How much to White House hostel?”

And then it happened. In the middle of our taxi ride he broke out the chit chat.

Where are you from? What are you doing in Burma? How long are you planning on staying?

Before long, he started pointing out buildings and landmarks along the way. This was more of a hop on hop off bus tour than it was a cab ride – it was a taxi tour.

Man, this guy was friendly! I was fuming mad. We rolled down the windows to allow the steam coming out my ears to escape.

He dropped us off at our hostel and nearly jumped into the air and clanged his two heels together as he bid us farewell. Still, I was pretty sure we had just met the friendliest man in Burma, and it would be downhill from there. 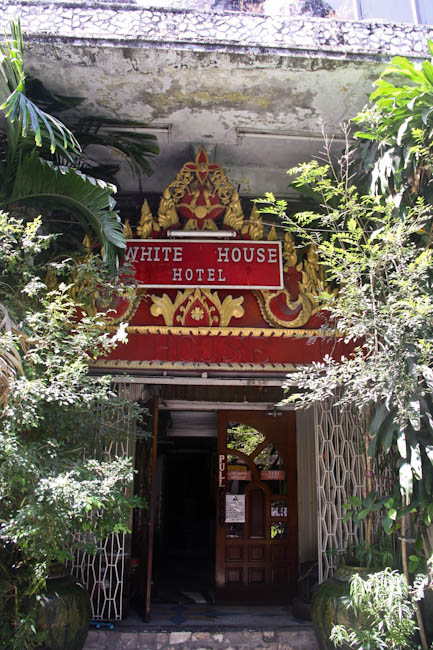 Shortly after checking in Vicky and I made our way to the lobby to ask about sim cards. The man at the front desk was imposing and appeared to have been up all night. He seemed grumpy – the perfect candidate to ask an annoying question about sim cards first thing in the morning.

“Excuse me, do you know where can we buy a sim card?”

He got out from behind his desk and walked out the door, motioning for us to follow. I figured he was going to point around the corner…but then he didn’t stop. He just kept walking, so we followed him, dodging pedestrians and street carts as we went. Meanwhile, the hostel manager was making his way city block after block, barefoot, all the way to the sim card store. 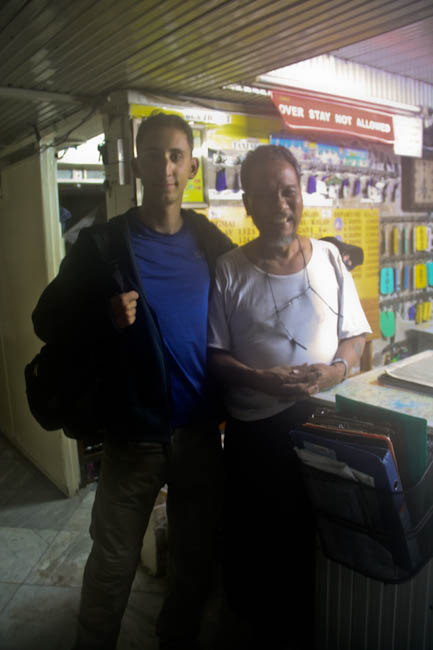 I had been told it should be about $20. How much did they charge us?

Damn. That’s two for two and it’s only 11AM on our first day.

I won’t go into all the nitty gritty details, the waving kids, the constant “hello’s”, but after traveling in Burma for three weeks, the answer is YES – the Burmese are pretty friendly. Now, that’s not to say that no one tries to take advantage of you, sell you crap you don’t want, lead you astray. It’s not paradise and last time I checked, tourism is still a business. Overall though, it’s a nice place to be.

5 Responses to How Friendly Are The Burmese?