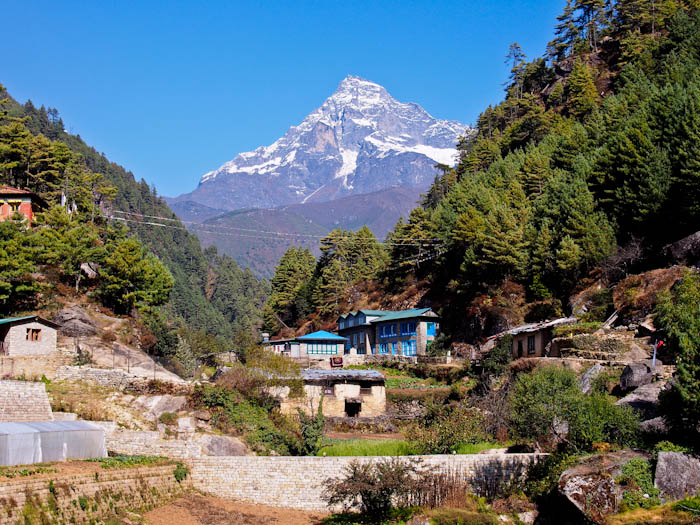 Before we even started this trip we knew we wanted to go trekking in Nepal and specifically attempt to do the Everest Base Camp Trek.

But as the trip went on and we realized how out of shape we were for mountain hiking, we thought, maybe we would do a less ambitious and short trek.

Then my friend Susan and her cousin came into the picture. Knowing that they were going to be in Nepal when we were there I figured I would leave all the trek planning to them and was ready to be on board for whatever plan they came up with.

Dave wasn’t thrilled about the trekking but figured he would last about 2 weeks max, though he would rather do a 5-10 day trek if possible.

I didn’t know what we should do, I couldn’t decide. The thought process got a bit fuzzy from there.

We tentatively decided on the Everest trek and planned to talk to a trekking agent in the morning. In the middle of the night I woke up and blurted out I think we should do Lang Tang. It must have been a premonition…

The next thing I knew we were buying plane tickets to Lukla and hiring a porter for 18 days in the Everest region.

As we got into the plane, we were all giddy with excitement mixed with fear about flying into the world’s most dangerous airport, in a toy sized plane, but our minds quickly switched gears as we saw the views from the window.

And minutes later we safely landed in Lukla at 2800 meters, to be greeted by our porter. I was expecting a large man, whereas we were met by Dunbir a young guy skinner and shorter than me.

And so the trek began with day 1 taking us to Phakding at 2600 meters.

With everyone still feeling good we set off on Day 2 to get to Namche Bazaar at 3400 meters, and the last big village on the trek. 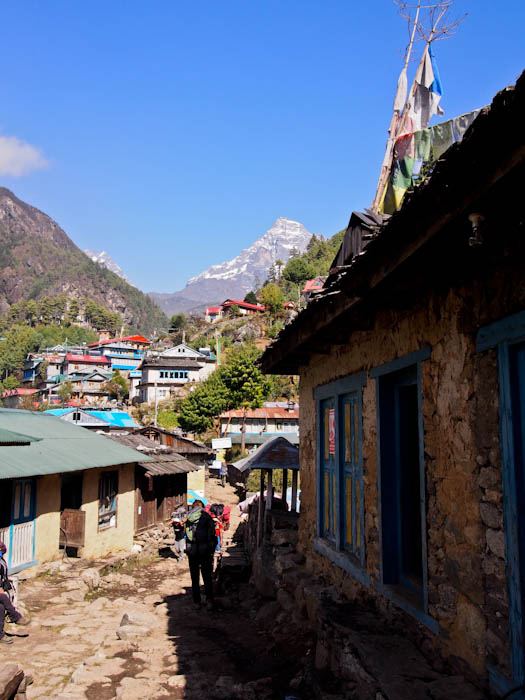 We passed by streams, saw glimpses of the mountains, got caught behind animals, crossed shaky suspension bridges and eventually had to make the grueling climb up to the village. 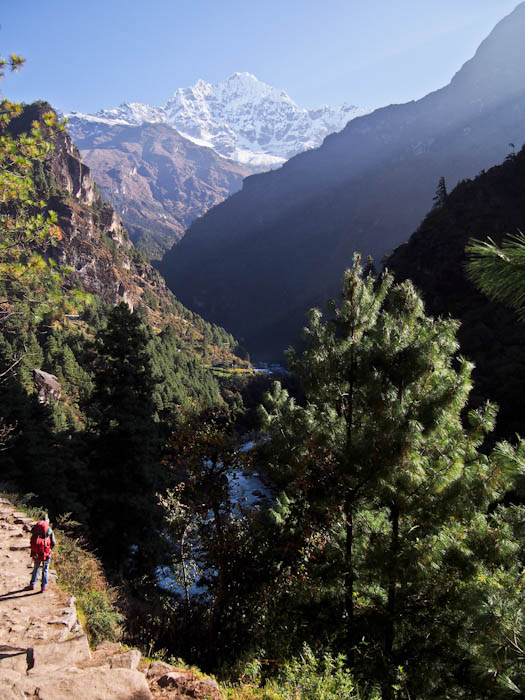 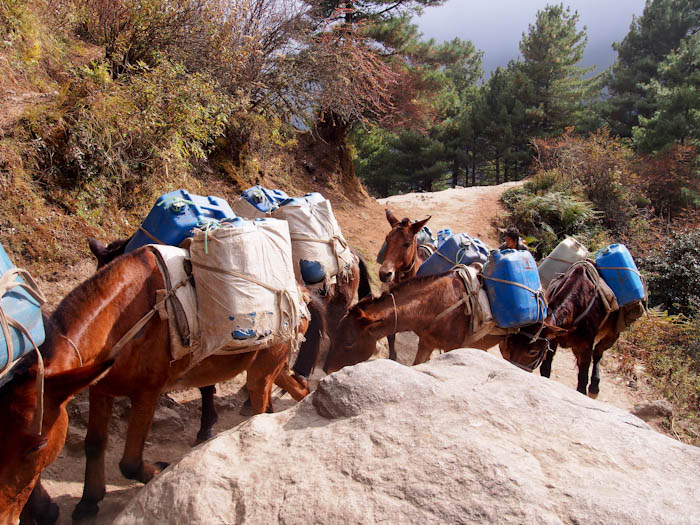 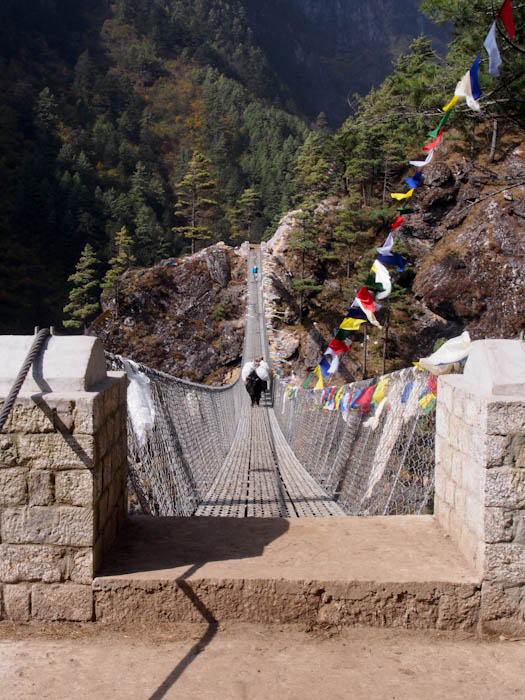 By dinner time Dave wasn’t feeling so well. We had Diamox with us but had been advised to start taking it at 3700 meters so had not yet taken any.

Day 3 was meant to be an acclimatization day – meaning we should do a day hike, go up to a higher altitude and come back down to Namche at 3400 in order to get used to the higher altitudes. 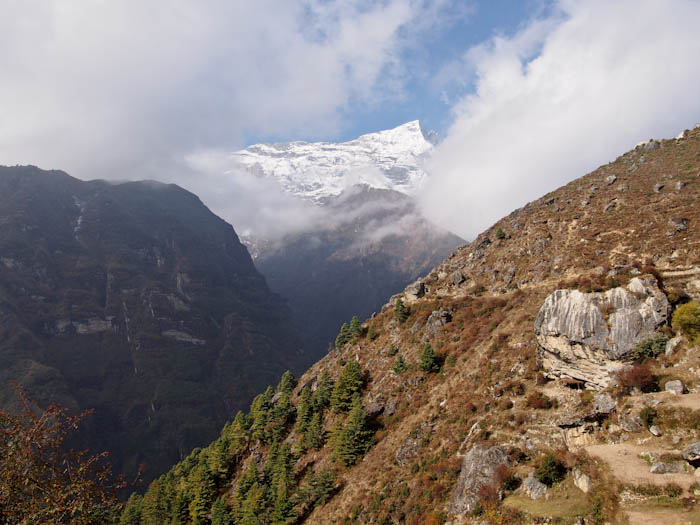 Dave was not feeling up for it.

So the three of us set off to the Everest View Hotel at 3900 meters. 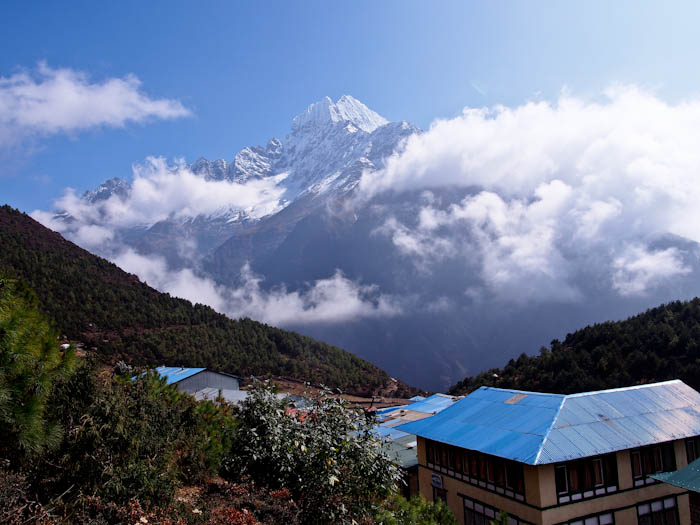 Though the day started off clear, the weather quickly took a turn for the ominous and cloudy. By the time we reached the top there was absolutely nothing to see at all. 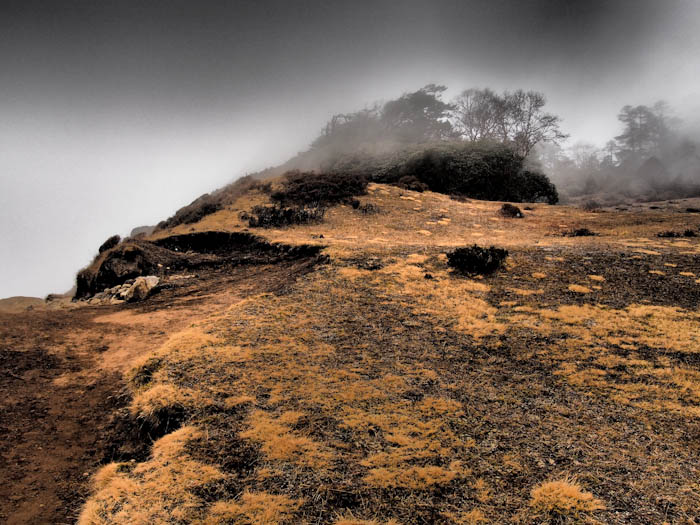 We trudged back down, in hopes that Dave would be feeling better. 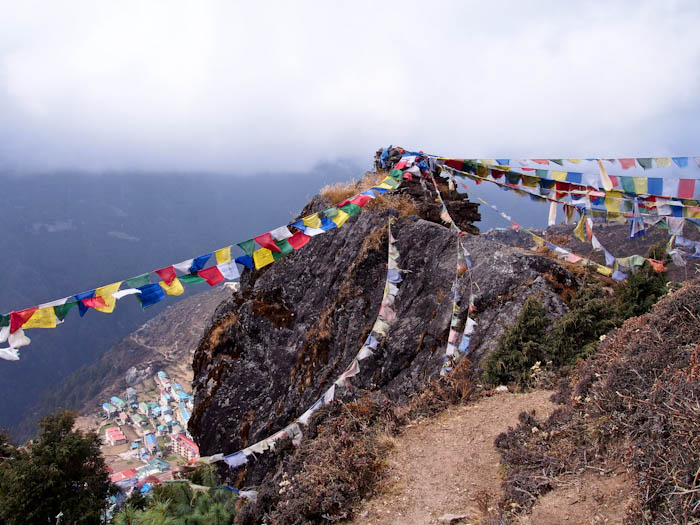 He wasn’t. He had gone to see the health center at Namche and the nurse there told him not to ascend until he felt better, and if he didn’t feel better the following day to descend.

I kept my fingers crossed all night, but the following morning Dave made the dreaded announcement; we would be going down.

After a near tearful farewell from Susan we were on our way.

With each step we took I felt an incredible sense of dread and disappointment. Though I know it was not Dave’s fault for getting altitude sickness it didn’t make me feel any better. I had been so excited about trekking the 4 of us and being able to spend time with Susan, one of my closest friends that I really did just feel sad to the core.

Not even the adorable goats we passed could make me feel better. 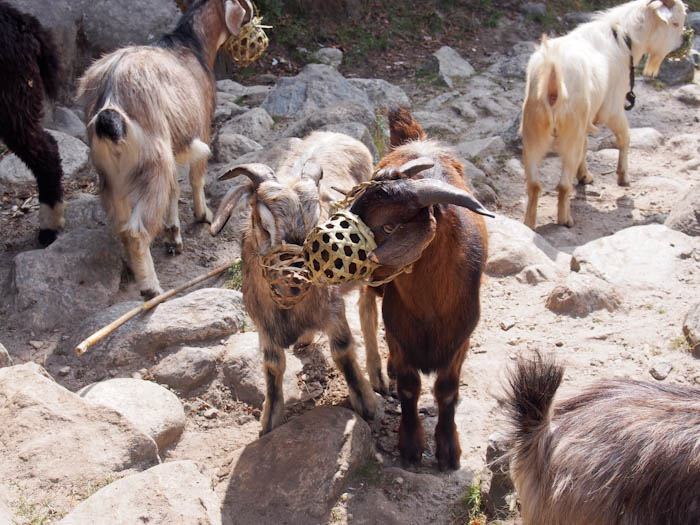 What there something we should have done differently? Should Dave have been drinking more water everyday? Should he have started taking the Diamox earlier? Should we have picked a shorter and less ambitious trek?

What did we do wrong? Why didn’t we do things differently?

These questions, I kept playing over and over again in my mind. I have a bit of an obsessive ‘what if’ personality and will dwell and dwell and dwell on the various alternatives to the situation and what we should have done differently.

For both of us this was the first failure in our trip and as silly as it was, it really did have us feeling down.

I quietly sulked my way back down to Lukla, where we were stranded for a couple more days before we could get our flights changed. 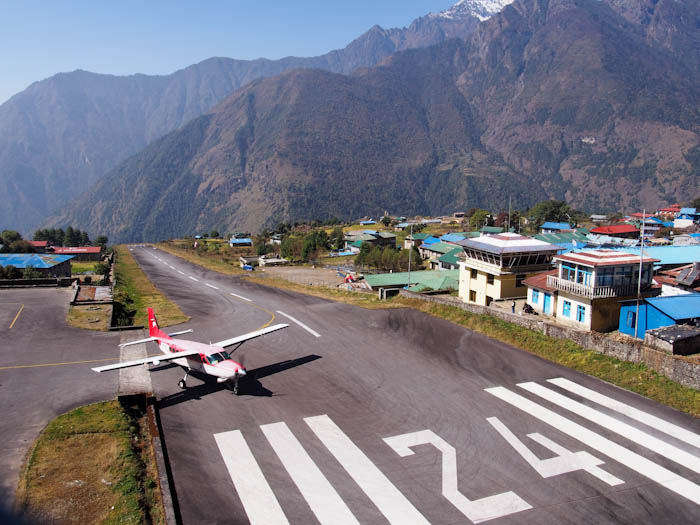 Barely had we landed in Lukla that we were taking off again. 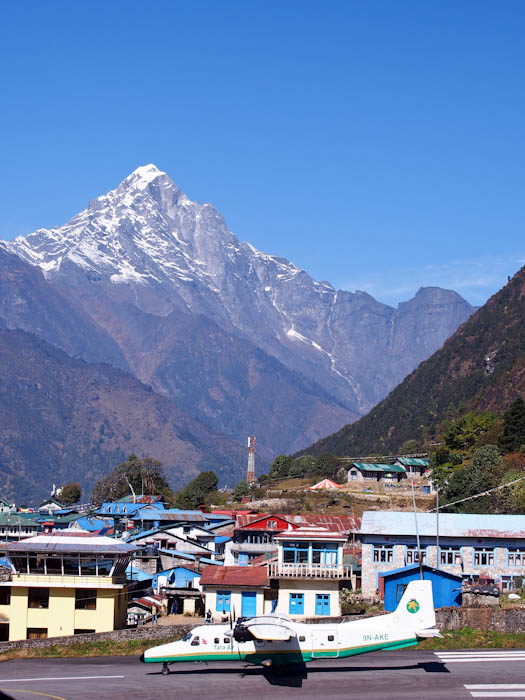 As a side note, Susan and Paul continued on and completed the trek within the 18 days without even a single symptom of altitude sickness.