Most Dangerous Countries For Couchsurfing 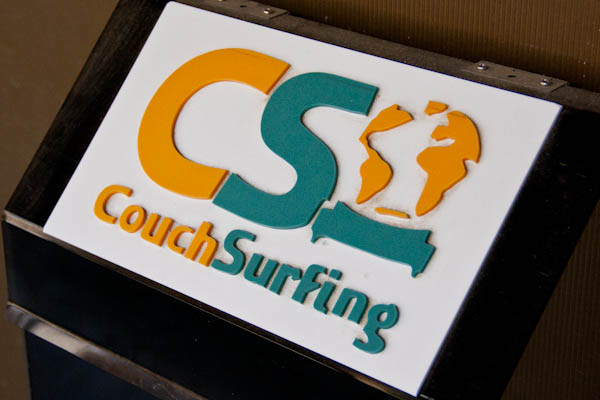 Couchsurfing, even though already very popular, it gains more and more popularity as days go by and a millions of people use it daily to find free accommodation. This is a situation that could have never been foreseen by Casey Fenton, traveling enthusiast and computer genius when he launched the couchsurfing website in 2004. In only two years, the website crashed under the huge volume of visitors and after it was resurrected, couchsurfing enjoys millions of couchsurfing members world-wide. But it’s not always all nice and smooth since you can never know 100% who your host is. In that respect, here’s a list of countries you might want to stay clear of while couchsurfing.

It might be hard to believe that Afghanistan does Couchsurfing, but there are at least 4 couchsurfers registered on the website that accept guests. If you were wondering how to travel for free, this is the solution for you. But you should take some security measures first. According to recent studies, every foreign citizen, including the one that are couchsurfing,is considered as a good opportunity for blackmail, so you should really think twice before spending the night at a place you found through Couchsurfing.  In a country where even guesthouses and hotels that are frequented by foreign people are under a constant treat, you can only imagine how it goes with people that only have to give the minimum of info about themselves in order to register and accept guests for couchsurfing.

Under a constant threat from terrorism, Chad is another example of a place you should stay away from if you want to have a peaceful vacation while couchsurfing. You could easily have quieter time enjoying an UK online casino, actually.  Even though the terrorist threat is not necessarily aimed at foreigners, the Boko Haram are not what you can call a discriminatory faction, and everyone is in danger, even the ones couchsurfing. It’s a pity that things are so complicated because tourists are missing quite a lot of natural attractions such as the wind sculpted canyons, arches and pitons or the famous Lakes of Ounianga. You can always see that on the internet while couchsurfing.

Even though it is a democratic republic, the situation in Congo is anything but democratic or peaceful for that matter. Things are the worst in the east of the country with a continued presence of several armed groups maybe even among the persons that offer couchsurfing, vast military operations that are organized against them, intercommunal unrest with or without couchsurfing and even violence, all topped up with a lot of refugees from the neighboring countries. Couchsurfing is definitely not a good idea since eports about kidnapping, theft or even in the most extreme cases, murder is occurring on a daily basis and if you want to visit Africa and find out if the answer to the question ‘Is couchsurfing free? try to choose a calmer place. For example, you can try couchsurfing in the Bahamas.

Saving the best for last, any couchsurfing that is even considering going to Venezuela through the famous accommodation service must have a death wish or he’s an adrenaline junkie. Venezuela is in a state of eternal conflict for some years now, a conflict that has, at times, escalated to full-blown civil war. In other words, a place where you don’t want to go, yet alone staying in the home of someone you don’t know that might as well be looking for a way out of the country and could use the money of a ‘wealthy foreigner’. Even though it may sound crazy, that’s what we sometimes are in the eyes of the local people of such places.