Jumping off a Building in Berlin 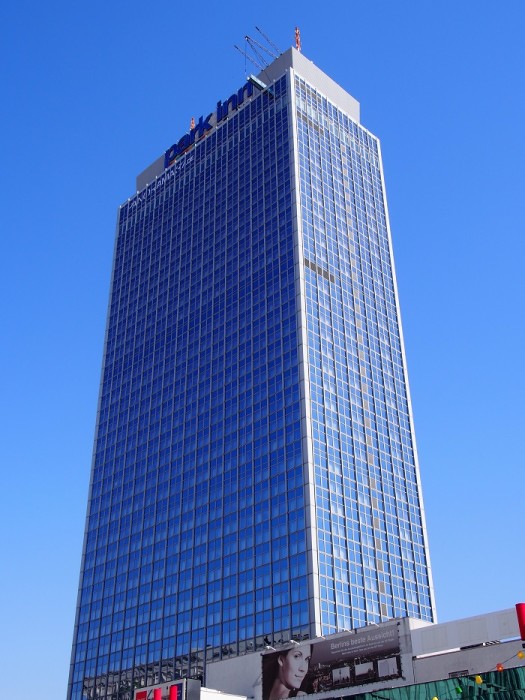 No – this wasn’t an attempted suicide as the title might lead you to believe. We weren’t held at gunpoint and forced to walk off a plank.

On the contrary we actually did this willingly, and even paid a good chunk of money for it.

The first time I read about “base flying” was on the Uncornered Market blog and then months later on Backpacker Becki’s blog. After reading about their experiences, I knew this was the activity for me.

What exactly is base flying you ask?

In Berlin this is set up at the tallest hotel in the city, the Park Inn hotel, located right in the city center.

You are harnessed in on your upper torso with a hook latching onto the harness. Then you are dangled off a 125 meter high platform and dropped from the top. Don’t worry, once you get close to the bottom, the brakes set in, just like they do on a rollercoaster ride, so you land safely back on the ground. 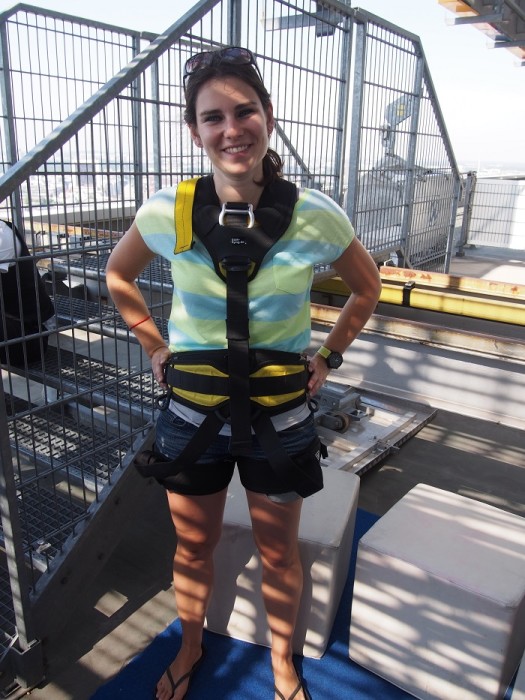 On our trip up to this point we hadn’t really ticked too many items off the Bucket List and hadn’t really ventured into the world of adrenaline activities so this was a perfect jumping off point.

I’ve been both skydiving and bungee jumping before so I was incredibly excited for the base flying, without even a shred of doubt in my mind. Dave on the other hand, was a bit anxious. Considering he also has a fear of heights and hasn’t been sky diving or bungee jumping, he was a ball of nerves. 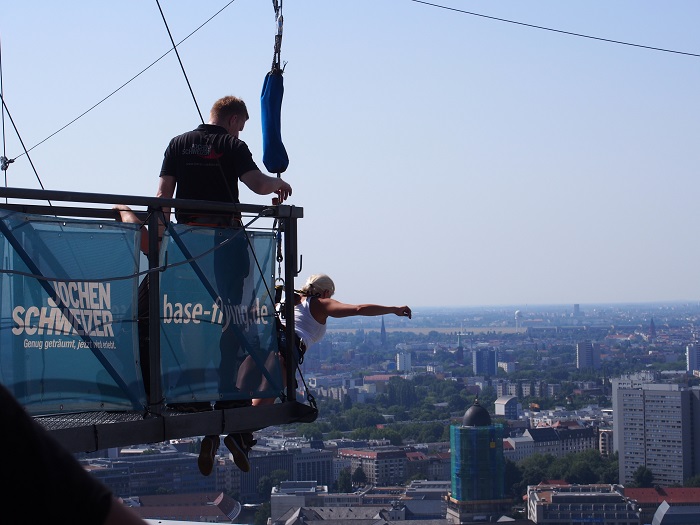 We got to Park Inn bright and early, not the way we usually start the day, but the base flying did in fact have a good discount before 11am, a good incentive to be first.

Dave was first to jump – he just had to get it over with before the pressure got to be too much. But before he approached the platform another guy in line asked if he wouldn’t mind if he went first. You see, his girl friend was eagering awaiting below and he had planned an extra special surprise proposal. So off he went, yelling “Martha – Will you marry meeeeee??”

A tough act to follow, but Dave landed safely on the ground after his flight.

Next it was my turn. With a grin from ear to ear I happily dangled off the platform, just waiting for them to push go.

Talk about the most exhilarating 5 seconds of your life. It’s that feeling of complete and total free fall. One of the best feelings in the world if you ask me.

It’s similar to that that feeling on the tower free fall amusement park rides, or when your car jumps over a small hill, or during turbulence when the plane suddenly drops a bit, but nothing is like the base flying.

It’s all perfectly smooth, unlike in bungee jumping where your body snaps back a bit. With base flying you are almost perfectly horizontal which allows for the ultimate free fall experience. 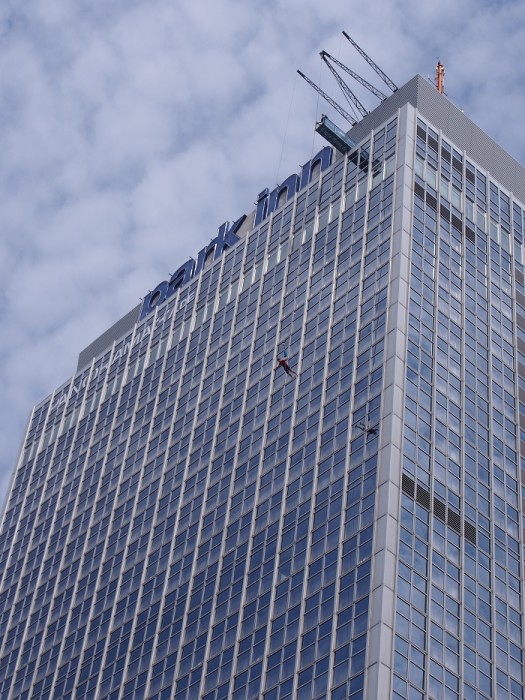 I don’t think of myself as an adrenaline junky but this is hands down the best 50 euros I’ve ever spent.

4 Responses to Jumping off a Building in Berlin