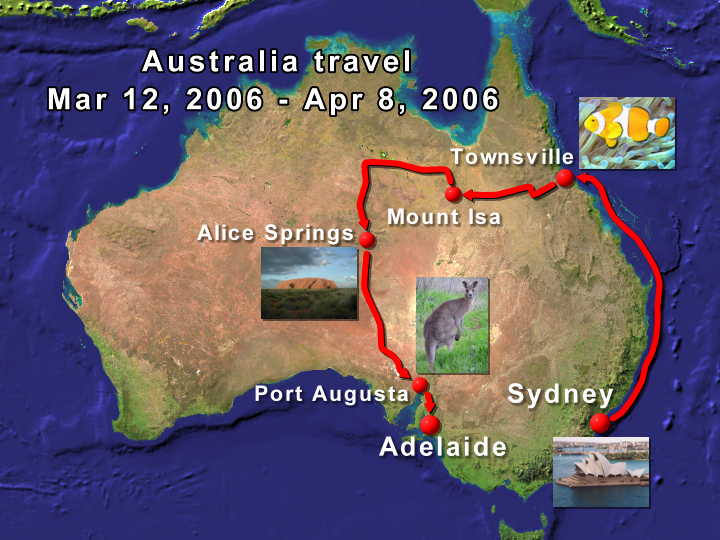 In many instances of travel blogging you will want to share your route with your audience. Although I’ve looked at many travel blogs in my time, I’ve yet to find a consistent program or application that they all seem to be using to make travel maps. I think that’s more because there simply isn’t a front runner when it comes to creating routes. Given the wide variety of programs out there to display one’s route, I’d like to go through a few and illustrate, from a user perspective, what I consider to be the pros and cons of each.

In this article we’re going to look at the following FREE programs/applications for creating travel maps:

Overview: This was the first application I was drawn to because at a surface level it seemed to have all the functionality that I desired. It is powered by Bing.

How It Works: Essentially you create flash maps on the website and then you can embed the source code in your post/page. The login that you create on UMapper.com hosts all of your maps, and as you update them, anywhere else that you embed them gets updated along with them, because they are all referencing the source. This is a really nice feature and allows you the flexibility to make simple changes later on without having to update everywhere you might have put it. In order to do this, however, you need the UMapper plugin. They have one for wordpress and drupal.

Account Types: UMapper has a free basic version as well as two paid levels, they discuss the differences in their comparison chart. Everything I discuss here is doable with the basic version.

Features: What I really like about UMapper is its ease of use. It’s pretty quick to get going and you don’t need a tutorial to start creating a map. They have a variety of templates (standard, weather maps, etc) that you can choose from. You can also custom load travel maps, though this is somewhat limited in how many with the basic version. You have full control over the style of the lines and markers and can include some basic text and pictures in the markers themselves.

It’s probably important to mention as well that UMapper has a bit of a social media side to it as well. We haven’t fooled around with it much but from what I gather you can tweet it and share it on facebook. There is also some opportunity to advertise with it (NOTE: not sure if you can do this is basic version), as most maps are public and can be viewed by other UMapper users depending on the privacy settings you have set.

Overview: I came across Tripline from another travel blog. It’s an application by google that allows you to create embeddable animated maps.

How It Works: In many ways it shares a lot of similarities to UMapper. Through the site you can create travel maps (public or private). You simply input the cities that you want, and the time frames that you’re there, and it does the rest. It also has an added functionality where you can upload pictures and it sorts them out by location and time frame, essentially building your trip for you based on your photographs.

Account Types: As far as I can tell there is only one, basic/free version.

Summary: Again, I praise this application for it’s ease of use, probably even easier than UMapper. Where I think it really lacks is in styling. As far as I can tell, you cannot even change the color of the line/route – it has to be red. In that sense, you have very little control over the style of your map and the template that it uses. As a result, all maps will pretty much look the same (with the exception, of course, of the route being different).

That said, there is what I’ll call a “bill board” functionality. That is, at each destination point, you can embed pictures and text that come up on click. This is really nice and more sophisticated than I think UMapper’s capability.

Also, the big thing is the animation. Tripline animates the route in the order where you hit the destinations, so in one map you have both a static AND a dynamic version. Frankly, it’s always nicer to have a dynamic option when available. Lastly, this has what seems to be a very thorough social media integration.

Overview: I would say right now Primap is probably my go to of the three. It is an entirely separate program that supports a wide variety of functionality.

How It Works: Primap is it’s own program that you download and use.

Account Types: There is a free version, a personal version and a professional version.

Summary: Primap is definitely the most complicated of the three and not the most user friendly but that’s a result of all the cool things you can do with it. If you are someone who really likes to have full control over their map experience then this is what I recommend. While creating the map is not the most intuitive process it comes with a tutorial on the website which highlights the major features and walks you through creating a map. The tutorial is very well written and while it doesn’t go over everything you get a sense for what you can and cannot do.

There is a wide variety of maps that you can choose from, often country specific. That said, as far as I can tell there is no way to upload a custom map so while there are many choices, they are the only ones. Once you pick a template it is fairly simple to create static maps and you have complete control over the style of the lines, markers, and images. Even more so, you can customize the look of the town markers, titles and labels. The only thing I dislike about the style is that in the free version they have obnoxiously put primap.com as repeating in the background (it’s not terribly visible but it’s certainly less than ideal).

When all is said and done it is relatively easy to change your static map to an animated map. Again, the theme is full control. You can customize the speed at which the route is traversed, if you want some lines to stay steady while others move. You can have pictures fade and react over time. Lastly, the best part is that all of this can be exported into a movie file that can be incorporated into a larger movie file, say if you’re highlighting your trip experience and want the route to be part of a larger video.

Note: UMapper and Tripline are both new applications in Beta, and therefore have a much greater chance of evolving in the future – so be on the look out as they’re off to a great start!
If you enjoyed this article, join others and get free email updates!