We spent 63 days in Thailand. Here is a collection of our impressions, travel tips, and the cost break down. 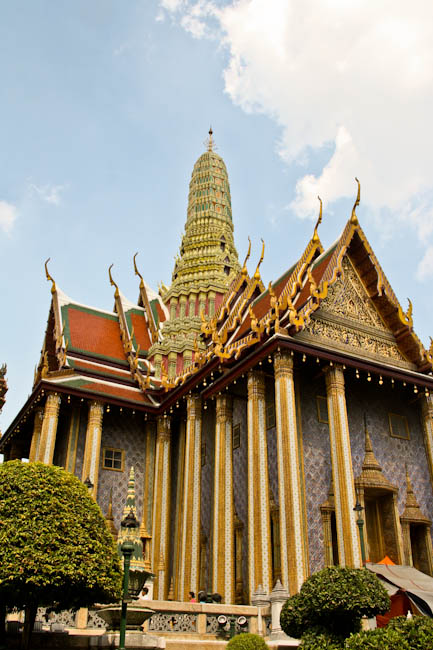 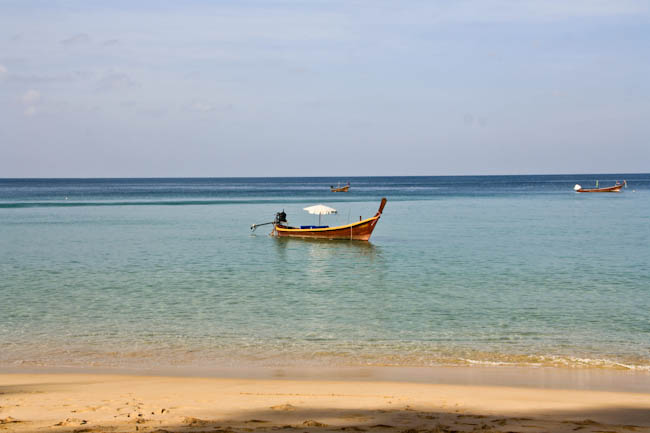 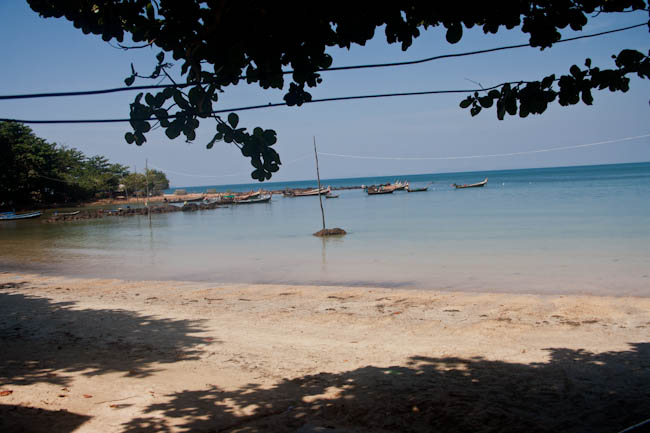 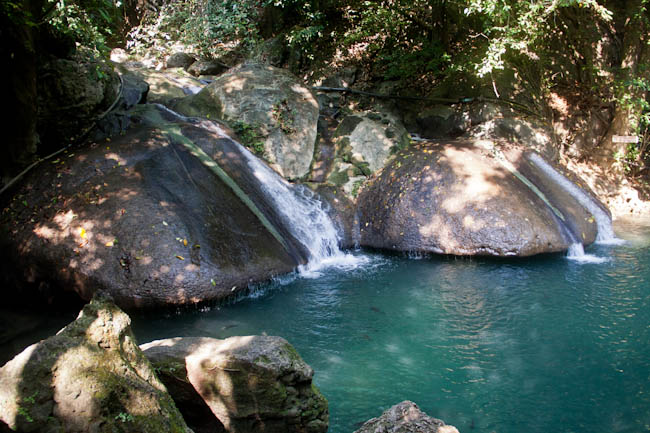 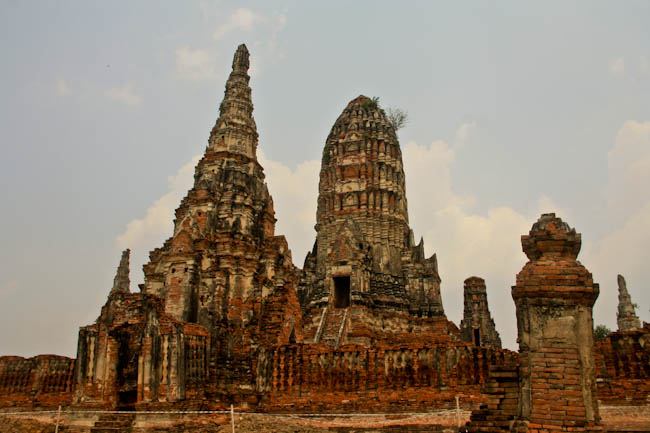 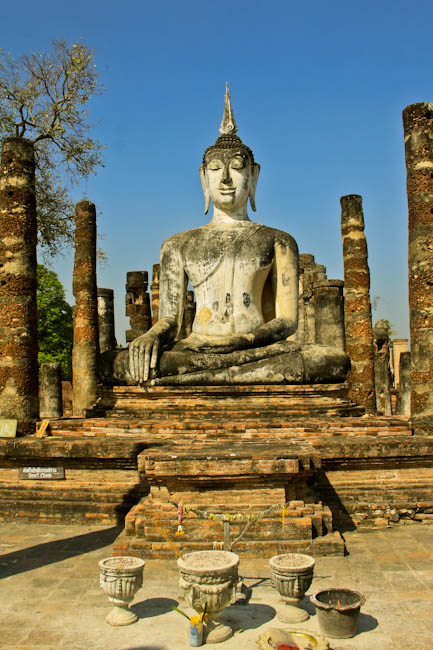 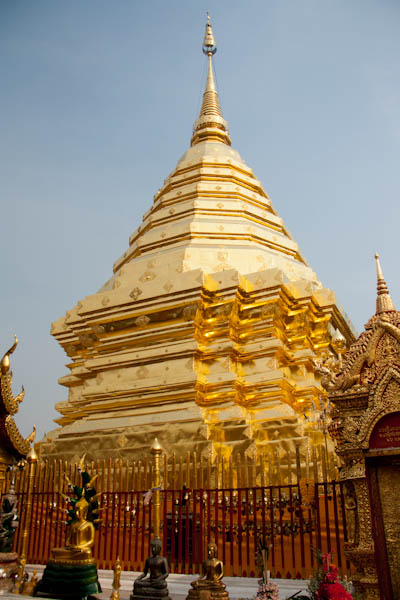 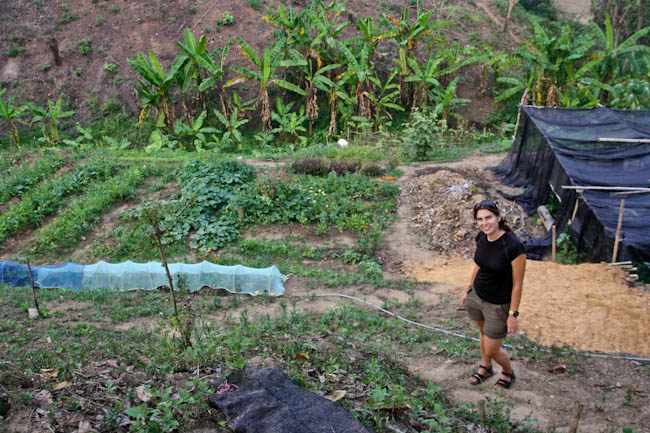 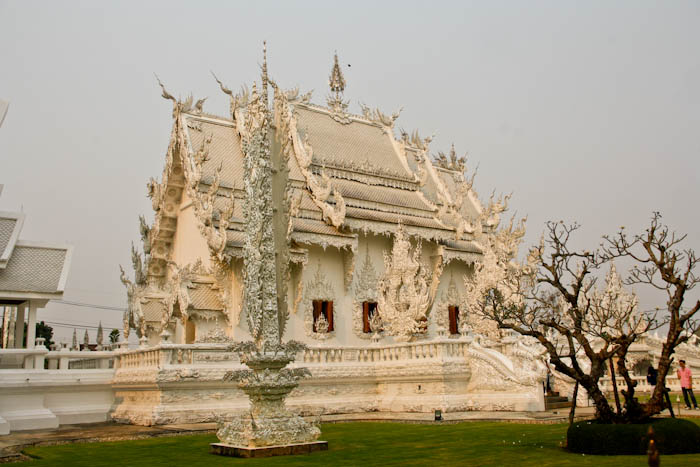 Would we do it the same way?

We spent a lot of time in Thailand but really didn’t see too many places. We didn’t go ‘off the beaten track’ (except for Mindful Farms) and in retrospect I wish we had. We enjoyed all the places we went to in Thailand and we didn’t travel fast, taking a few days off everywhere we went to recuperate. If you have less time you could see all of these places in a month (or slightly under).

I don’t know if I’ve met someone who didn’t love Thailand. There’s almost nothing not to like – the food is great, the people are friendly, the beaches are decent and the temples are stellar. I guess if there was one thing, it’s that it’s very touristy, even for South East Asia which has been the most touristy region we’ve been in so far.

We did Thailand in two parts which is the only country we’ve done that in so far. It was interesting to have part one be very Bangkok and beach heavy, while part 2 took us up North until we finally crossed the border into Laos.

Our expectations were pretty high, and for the most part, I’d say it delivered. Vicky fell in love with the food right away. For me, it’s simply too spicy, but I think I’m in the minority when it comes to how unspicy I like my food.

If we have one complaint I feel it’s that we didn’t really connect with the people as much as we have in other countries before and after. In most cases I feel like we’re the ones to blame, but I also think that Thailand is a bit too used to tourists. As a result, you’re less likely to have an interesting character approach you, strike up a conversation, or just give you a wave and a smile as you pass by. Afterwards we went to Laos and had some epic times with some of the locals – same thing in Cambodia. In Thailand, I think if you really want some local interaction you have to either get more off the beaten path or make a more concerted effort to meet a local. Otherwise, it’s just backpacker central.

While this may not seem like that big of a deal, these are often the experiences we cling to the most, and now having gone through Laos and Cambodia and had those interactions, I feel like those countries are going to stand out more for us 5 years later when we’re reminiscing. This becomes more and more evident as you start to tell stories to people you meet while traveling – it’s not that often we ever talk about Thailand, in fact we probably talk about it the least out of all our countries unless we’re being asked where our favorite food is.

When all is said and done, it’s really a great place to visit and I’d even go so far as saying a great place to live (which many expats do in Chang Mai and Bangkok). Vicky put it best recently when she said “it doesn’t slap you in the face and say ‘Hey, you’re in Asia’ like so many other places do”. Sometimes this is a really nice thing.

Thailand is simply foodie paradise. The depth of flavors in the curry pastes, use of lemongrass, galangal and kaffir lime leaves simply bring your taste buds to life. I could go on and on about the things we ate but our favorites were the steamed fish in lime sauce and pad see ew. The steamed fish is brought out in a platter of sauce which is heated underneath with a small burner. It’s hard to tell which is better, the fish or just the sauce along, which we usually slurp while eating. The pad see ew is a wide rice noodle dish in a thick dark soy sauce made with green veggies and pork/chicken/etc. The rice noodles simply melt in your mouth.

Everything in Thailand is so good it’s hard to pinpoint what the worst food was. For us, it must have been the durian. This smelly fruit has a creamy mush interior which tastes like a mixture or rotten potatoes and avocados (in our minds). This is an incredibly popular fruit in many South East Asian countries so plenty of people do not share our opinion, but for us just a taste was enough.

Our best experience was our day at the Elephant Nature Park. It was amazing to be so close to these giant creatures and be able to observe them in their natural habitat. Just learning about what some of these rescued elephants have gone through is truly heart breaking but it’s amazing what the Park is doing to save the elephants.

Dave’s worst experience was probably Mindful Farms – not that he didn’t enjoy it but in general he just felt out of place and that he was doing more harm than good.

We rarely took local buses, maybe a few times to and from the airport. These things barely come to a stop when they open their doors to pick you up. For the most part you just grab a tuk tuk or a cab and these are reasonably priced enough that you don’t need to worry about figuring out the bus system for intra-city travel.

We took a short train ride from Bangkok to Ayuttaya but found ourselves not near a window seat (those get taken quickly) and therefore without a good view and the breeze. The seats are hard and the train is stuffy – we’re weren’t too interested in any more train rides after that one. .

Cabs are a fantastic deal in Thailand, specifically Bangkok. It’s about $1 to enter and turn on the meter and it goes up uber slowly. We could get nearly anywhere in the city for $3. Of course, you have to be careful with traffic because that can really slow you down. Still, it’s super reasonable.

In general cabs in Thailand are supposed to turn on the meter and not give you a hard time, and we found this to be true 90% of the time. The other 10% was when we were trying to go a far distance. Its in the cabs best interest to get people in and out quickly because they make most of their money from the initial meter being turned on, and so when we wanted to go far many cab drivers refused to turn on the meter and instead wanted to quote us a ridiculous flat rate. Give them a firm no and keep walking. Every time we were eventually able to find a cab driver who would turn on the meter for us.

Fairly useless in most cases.

We never really had an issue with a lack of public facilities, most restaurants seem to have them available.

Food in Thailand is phenomenal BUT it tends to be very spicy. If you don’t want it to be spicy then make sure to specify that – most people seem to understand that Western tolerance for spicy isn’t the same as Eastern tolerance. If you’re not sure whether or not the dish is going to be spicy, play it safe. Thailand in general is a street food paradise. You will find food vendors and stalls set up just about anywhere with tons of different dishes. We ate the street food plenty of time and never got sick – though you do have to be careful. In most places in Thailand you should have no problem finding some food, whether it is a local market, food stall or restaurant. We recommend you give each type of establishment a try! Even the mall food courts are pretty good!

This is a cash country.

Internet is generally available in Thailand and cafes can be wifi spots. We found that Starbucks had a good deal where for $5 a month you could use unlimited wifi at any Starbucks in the country.

Above all Thailand is known for magnificent islands and beaches. Vicky and I explored only a few of them, namely Koh Lanta and Phuket. We enjoyed both of them quite a bit but we would not say they are “out of this world’ gorgeous”. They’re nice, fun to motorbike around for sure. Koh Lanta in particular is relatively calm and uncrowded (not true for Phuket) and is regarded as a favorite among Thai islands.

Phuket – Resort: Stayed with Vicky’s parents at a resort (Pearl of Nai Thon – $200 per night for a 2 bedroom condo).

Koh Lanta – Lanta Guesthouse:  The Wifi wasn’t great here but I think the whole island was having connectivity issues. Was able to rent a motorbike for $5 or so.

Sukhothai – : Sila Resort: Cute Bungalow with TV and good internet. It was a bit of a walk to the new city and then have to shuttle to the old city which is where the main sites/temples are.

Chang Mai – : Rux Thai Guesthouse: Room was nice with internet, AC, and TV. Near the Eastern gate, about a 5 minute walk to the night market.

Chang Rai – : B2 Hotel: This had a very big hotel feel but it was nice with good wifi, large rooms, and TV. We kind of crashed here and didn’t do an awful lot in the city aside from the White Temple and night markets.

We didn’t do any Couchsurfing or meetups in Thailand.

We were counting on Thailand to be cheap and it delivered, mostly having to do with the free accommodation we got when Vicky’s parents visited and staying with her relatives in Bangkok. We kept track of every cost we had down to the purchase level and categorized it into 5 groupings:

So where did we end up?

$25 per person, per day. (NOTE: We did not need a visa for Thailand  and this does not include flights entering and leaving Thailand).

Would we go back to Thailand? YES!

13 Responses to Thailand Wrap Up – Daily Average $25 Per Person