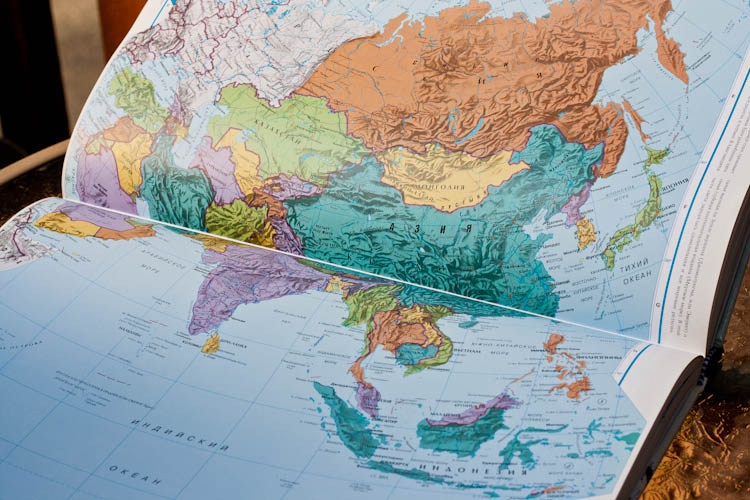 After hours of extensive planning and moments of hair pulling frustration our Asia route is complete and we couldn’t be more excited about it. As I mentioned in a previous post there were a lot of factors to consider and a lot of information to take in. One important factor to always be aware of is some safety traveling tips in Asia.

We are starting our trip in Japan – the farthest point from home on our journey and we will be moving closer to home as the trip progresses. While all of Asia remains uncharted territory for us, by starting in Japan we should be able to gradually immerse ourselves into this foreign culture. With tales of out of this world efficient transportation this should be a great introduction into Asia. Also sushi is our favorite food, but the decision wasn’t based on that…seriously. So as not to blow our entire budget right away we have to limit ourselves to a two week long visit.

With an overnight ferry carrying passengers from Shimoneski, Japan to Busan, South Korea, this is a natural next stop. With 10 days in South Korea we will travel from the port city of Busan northward to Seoul, hopefully mastering the art of kimchi making in the process.  From there we will fly over to Beijing, China (North Korea is not on the agenda this time around).

Since China is the largest country in Asia (and one with a pricey tourist visa) we decided to dedicate 6 weeks to catch a glimpse of cities, countrysides, and national parks. Given the communication barrier I already know traveling through China will be challenging, but that’s half the fun (we hope). While we don’t plan on using a coach trip in China, I would recommend it if you struggle with the language barrier

Starting in China we will also begin our extensive overland travel route, which will take us through South East Asia. Our first overland border crossing will be into Vietnam. Infamous Vietnam, of which I have read many travelers’ disappointed accounts, will hopefully surprise us with some locals interactions (I’ve already got my eye on a particular couchsurfer there) and an introduction to the national dish – pho or some of its delicious ground coffee.

We will snake our way through South East Asia, traveling in an S pattern (a backwards, sideways one to be exact), from the south of Vietnam into Cambodia (where we’ll bring in the year 2013). We plan to hit both the beaches and the cultural sights (along with a volunteer elephant sanctuary in the rural countryside). From there we will hop over to Laos where I’m looking forward to some off the beaten path trekking excursions. Next stop Thailand – though no visa is required an overland crossing only grants a 14 day visit, but we will maneuver around this by flying out of Bangkok over to Burma and then back again, (air travel grants a 30 day visit).

Burma I am particular excited for, as the country has seen minimal tourists over the course of the 20th century and is said to have maintained it’s charm (unlike the tourist exploitation other SE Asia nations have fallen victim to). Back in Thailand again we will have temples to discover, islands to become scuba certified on, and numerous cooking classes to learn the secrets to Pad Thai and other delicacies. We will hopefully leave Thailand with a bang – during the Songkram festival in mid April.

A train journey will bring us to the heart of Malaysia where three weeks should be enough time to gorge myself on Laksa all day long, among other sightseeing and hiking activities. We’ll stop by Singapore for a few days where we’ll stay with Dave’s coworker’s family who will hopefully give us some insider tips into the city.

Since most of the South East Asian countries provide affordable 28 days tourist visas, and with the low prices, we plan to spend around a month in each – though the overland route allows us to add or chop a few days here and there if we happen to fall in/out of love with a particular country.

Wary of the safety record of long distance ferries in this region, we’ll fly over to Indonesia to kick off our island hopping. We’ll spend a month exploring a handful of islands before jetting off to the Philippines for three weeks where we’ll barely even get a glimpse of the 7107 islands that comprise the country. Though traveling between the islands can get expensive we are hoping to strike some Air Asia airfare deals which can significantly lower flight costs. And who knows when we’ll find ourselves in this corner of the world again, so we want to at least get a glimpse of the region.

Hopefully these discounted flights will carry us over to Taiwan for two weeks, a country I know embarrassingly little about (which I hope to change).  Last stop in part one of our Asia route will be a hotel in Hong Kong. The metropolitan modern city which will send us off into Western Europe (after extensive research there seem to be a few main hubs which provide cheap flights from Asia into Europe – Hong Kong and Bangkok being the main ones).

Mid way into July 2013 at this point, we will fly over to Europe to escape the Asian monsoons and intolerable heat/humidity. To continue along the route follow along here.

Fast forward a few months and we are now in November 2013. With our desire to trek up to Mount Everest Base Camp in mind, we will fly from London to Nepal landing right at the end of the optimal fall climbing season – mid November (2013). Six weeks of active trekking (the Annapurna Circuit will follow Everest) later we should be in stellar physical condition to take on the testing travel environment which is India. Since we’ll be landing during the best weather month of January the heat shouldn’t be too intense as we dip into both the royal palaces, temples and cities in the North, to the relaxing and more peaceful backwaters of Kerala in the South.

In India we will say farewell to Asia, and head back to complete part two of the Europe stretch (staring winter in the face for the first time in two years).

After a total of 393 days in Asia we should have enough tastes, smells, interactions, and experiences to last a lifetime but hopefully these memories will be keep us coming back for more.

35 Responses to Our Asia Route