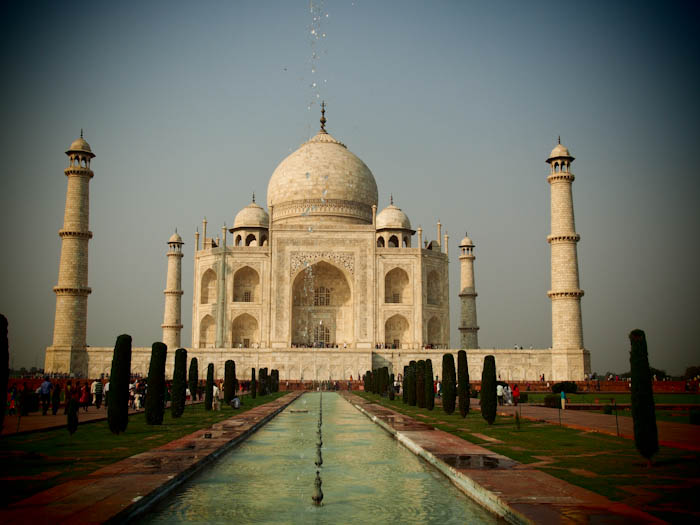 I have dreamed of seeing the Taj Mahal with my own eyes ever since I was 9 years old and my dad and I put together the Taj Mahal 3D puzzle. I was amazed by this impressive building and its magnificent architecture.

Well 16 years later this dream of mine came true. After a grueling train journey, we found ourselves walking through the Darwaza-i rauza (the Great Gate) and entering the Taj Mahal complex. 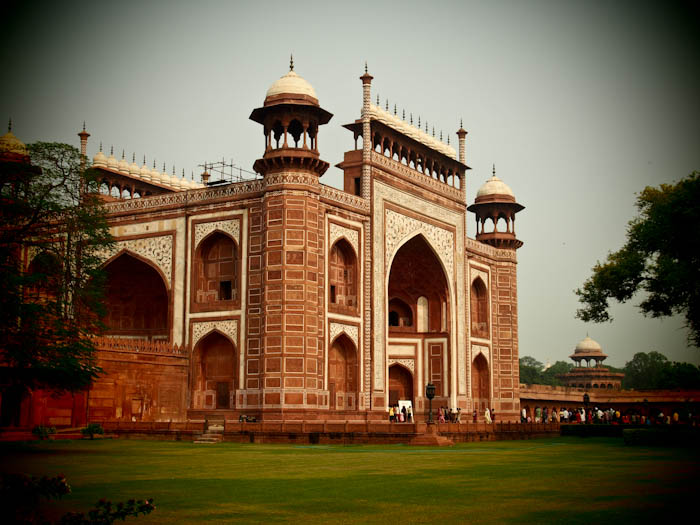 The Taj Mahal was built by Mughal Emperor Shah Jahan in memory of his third wife, Mumtaz Mahal, who died giving birth to their 14th child. Construction began in 1632 and the Taj Mahal was completed 16 years later. 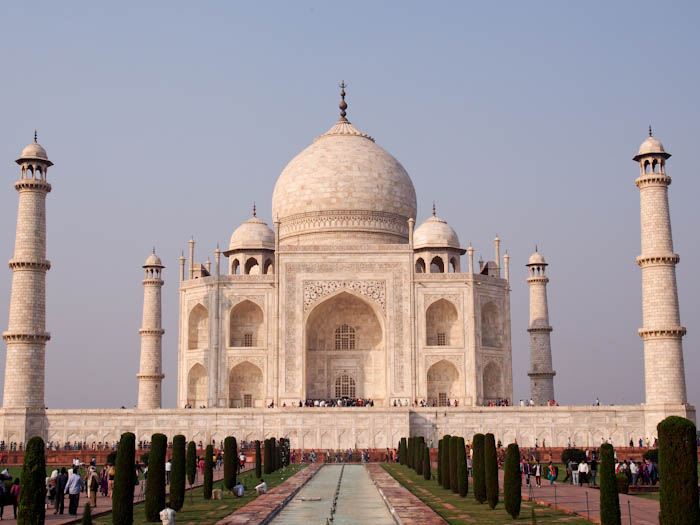 The complex is considered as the finest example of Mughal architecture, pulling from elements of Islamic, Persian, Ottoman, Turkish and Indian architectural styles.

Soon after construction was completed Shah Jahan was removed from power by his son, Aurangzeb and put under house arrest in the nearby Agra Fort. When he died he was buried next to his wife in the Taj Mahal. 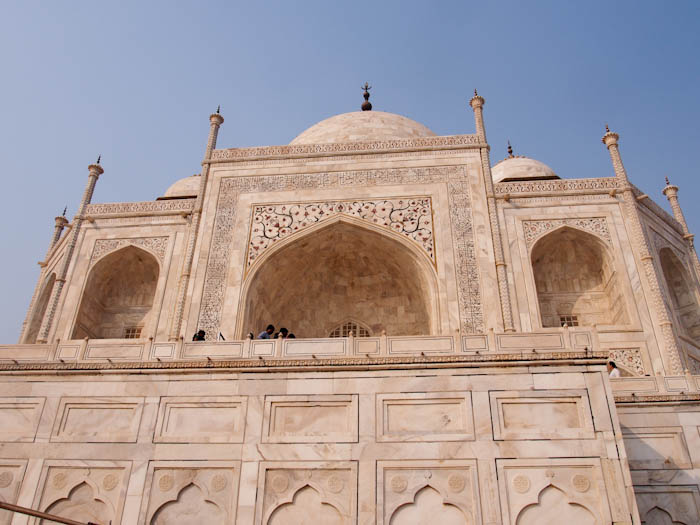 While I always thought of the Taj Mahal as a stand alone building, it is actually part of a complex. There is a 300 meter garden, two mirror image buildings placed at the sides of the Taj Mahal, one of which is a mosque and the other is the jawab (answer), and the main gateway to the complex itself. 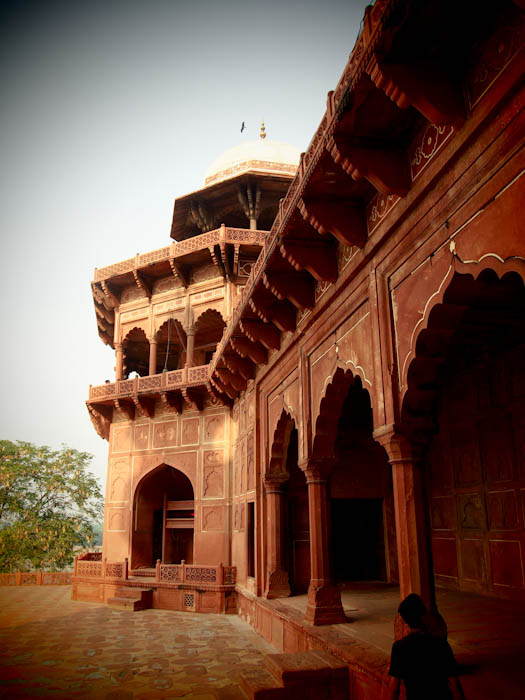 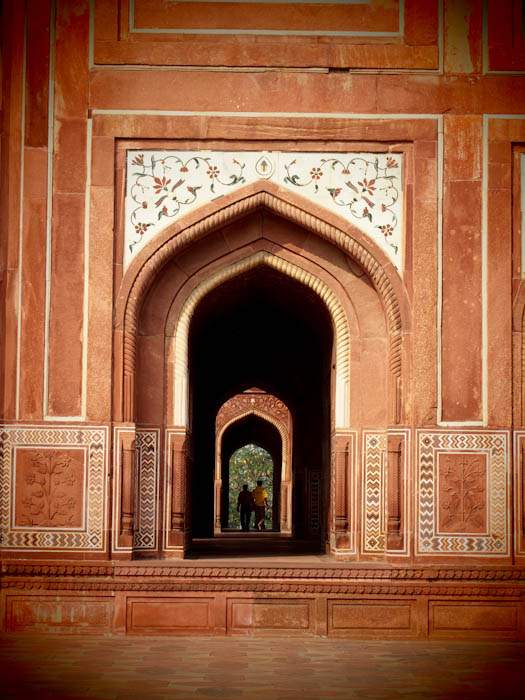 I cannot put into words how impressive the complex is. Unlike many other places this is one that truly looks significantly more impressive in real life than in photos. 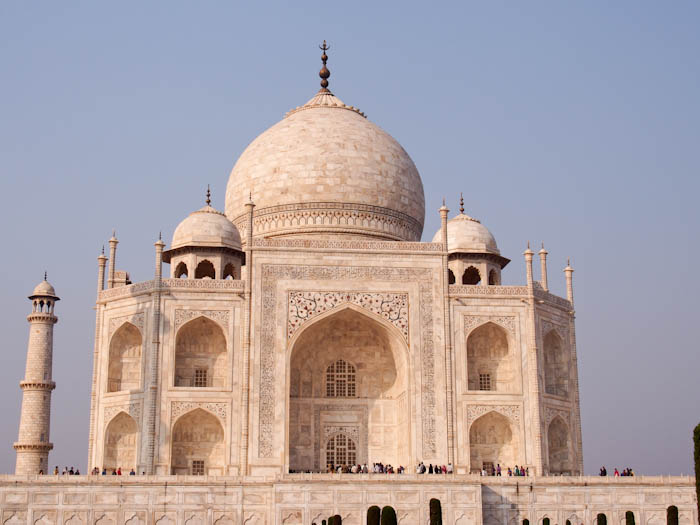 As I walked along the walls surrounding the complex, I tried to take in every part of the complex, trying to imprint it in my memory, capture it forever with my eyes.

For now the best I can do is show you the photos, but I do hope you will some day see this magnificent magical structure with your very own eyes.

One Response to The Majestic Taj Mahal