Learning about Krishna Consciousness in Vrindavan

Our main reason for going to Vrindavan was to meet one of our virtual assistant’s, Preity, and her family in person for the first time.

We didn’t know anything about the city prior to going there and were happy just to meet with her.

As it turns out we just so happened to be in one of the holiest cities in India. Vrindavan is located on the site of an ancient forest which is where the diety Krishna is said to have spent his childhood. The town is now an important Pilgrimage site for Hindus. 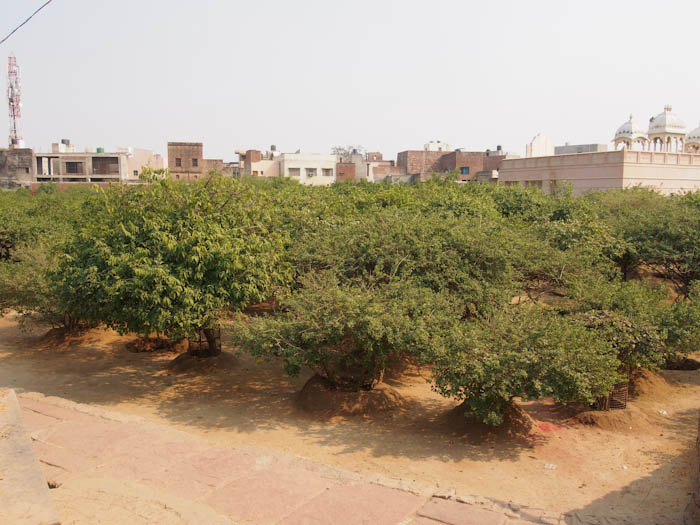 This city is a center of Krishna worship and therefore millions of devotees of Radha Krishna flock here every year and participate in festivals that relate to the scenes from Krishna’s life on Earth. 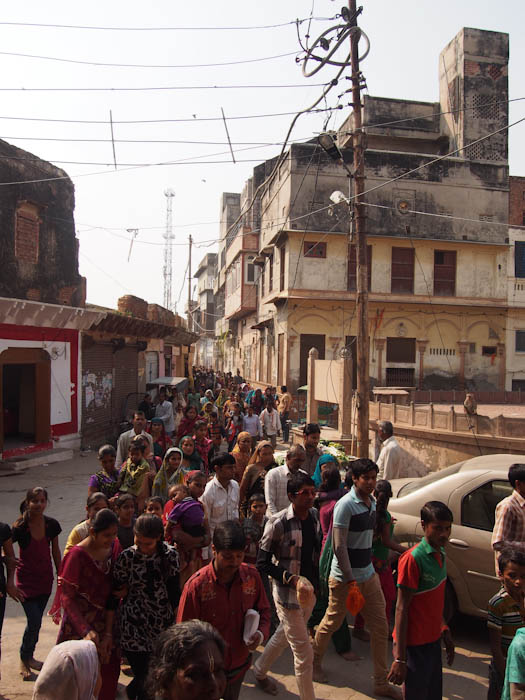 There are many ashrams operating in the area, attracting foreigners from all over the world, who want to learn more about this faith.

Vrindavan is also home to ISKON, the International Society for Krishna Consciousness, whose core beliefs are based on select traditional Indian scriptures, particularly the Bhagavad Gita. ISKON was founded in 1966 in New York by  A.C. Bhaktivedanta Swami Prabhupada in order to spread the practice of bhakti yoga in which devotees dedicate their thoughts and actions towards pleasing the Supreme Lord, Krishna. 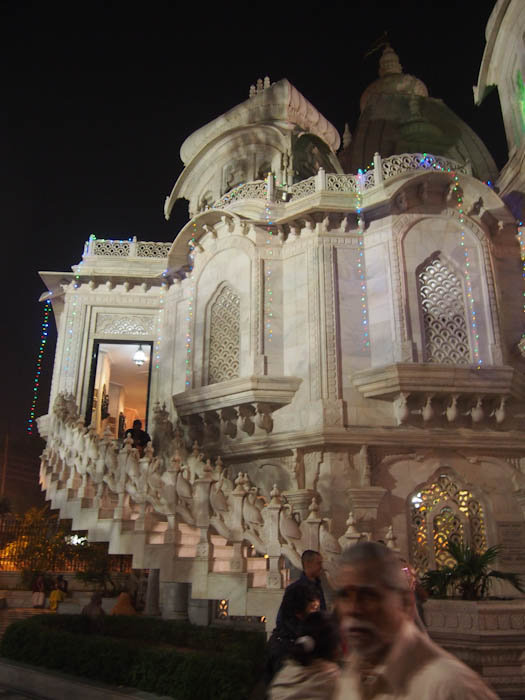 Since then the movement has spread to countries all over the world and there are over 400 centers.

And it just so happens that Preity and her family are also very much involved with this form of Krishna worship. They try to come here every year during the festival time to be part of this environment and practice their faith.

We met them at night right at the ISCON temple where we were really introduced to the faith by attending the daily evening ceremony there. 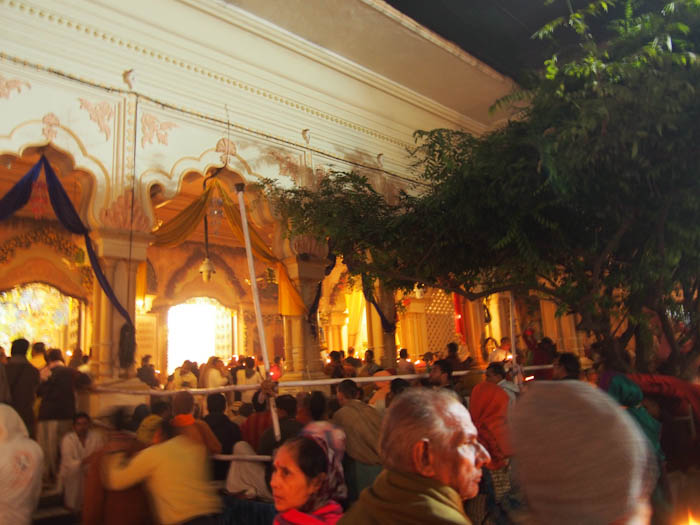 After dinner with them, Preity’s husband offered to give us a tour of the temples in the city the following day.

We happily agreed. And so the three of us went, exploring the various holy centers in the city and learning all about Krishna’s life and his principles. 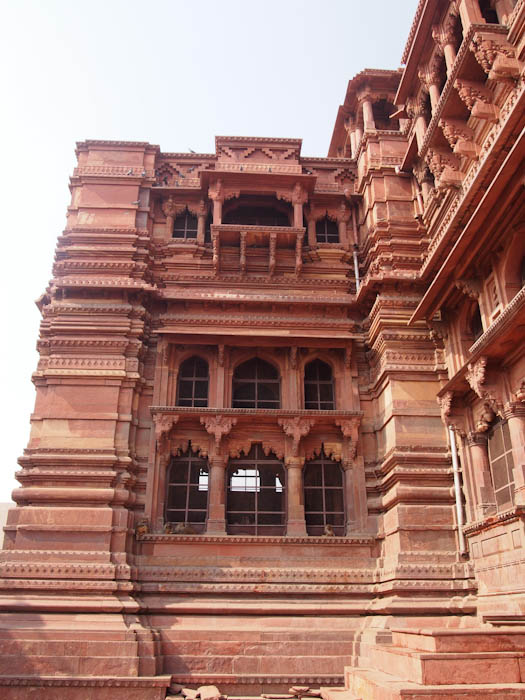 It was incredibly interesting to learn about the various drawings and writings in the temple from somebody who knew all about the Krishna faith and could really share the information with us. 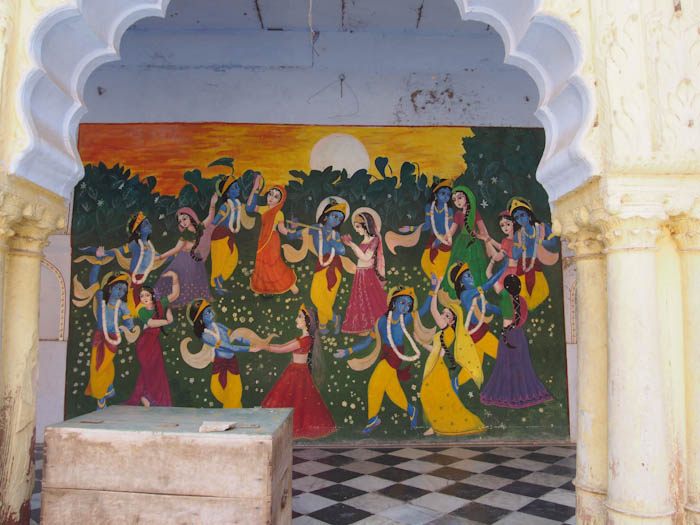 We also came to learn that Preity and her husband used to live in Germany but have come back to India for a while to live in a more peaceful less hectic environment (quite a strange thing for us to hear since we personally had not been having a peaceful time in India).

As Preity’s husband explained he wanted to slow his life down, really enjoy the day to day, ‘why be ambitious and suffer’ he said to us.

It’s always interesting to hear different perspectives on life, especially from non-Westerners, and really get to understand and see the joy in living a simpler life.

Overall we had a great time in Vrindavan getting to meet Preity and her family. Though I am not spiritual in any way it was fascinating to learn all about the Krishna consciousness and the beliefs of the devotees.

On our last night there Preity and her family took us to see the newly built Prem Mandir Temple. I was expecting a standard temple, but this one really blew me away. 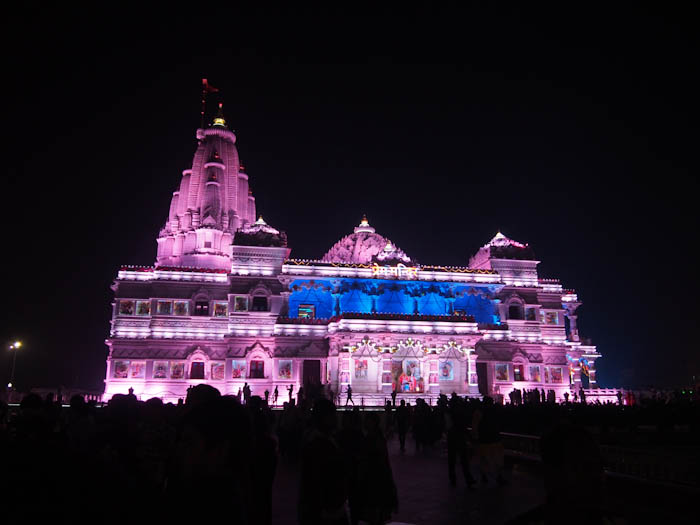 I was really impressed by this grandiose complex and the level of detail put into the temple. Truly amazing. 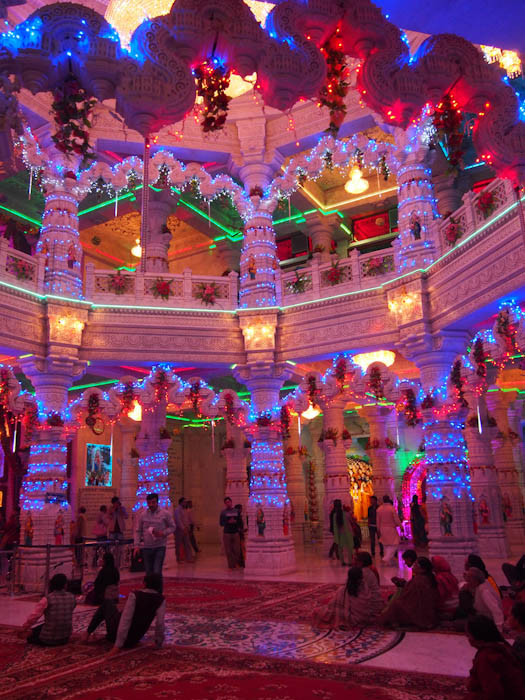 3 Responses to Learning about Krishna Consciousness in Vrindavan