Interview: Sam and Zab from IndefiniteAdventure.com

Can you start by giving us a little bit of background about yourselves and your blog. How did you start traveling? When did you start blogging, and what did you expect readers to get out of it?

We are Sam and Zab, a British couple with insatiable wanderlust. After being together for seven and a half years, but never having properly lived together, we set off on one-way tickets to Buenos Aires and ended up travelling in South America for 10 months. I (Sam) wanted to start blogging at the same time, and at first we intend it to mostly just be for friends and family to keep up with where we were. However, we discovered over time that fewer friends and family members were actually reading the blog and we ended up connecting with a lot more other travel bloggers than we expected to. Now, we aim to give practical advice to other potential long term travellers, inspire people for a two-week holiday and appeal to the armchair travellers all at once. We look for great vegetarian food to eat and awesome eco hotels to stay at, and are committed to sharing the good and the bad sides of long term travel. 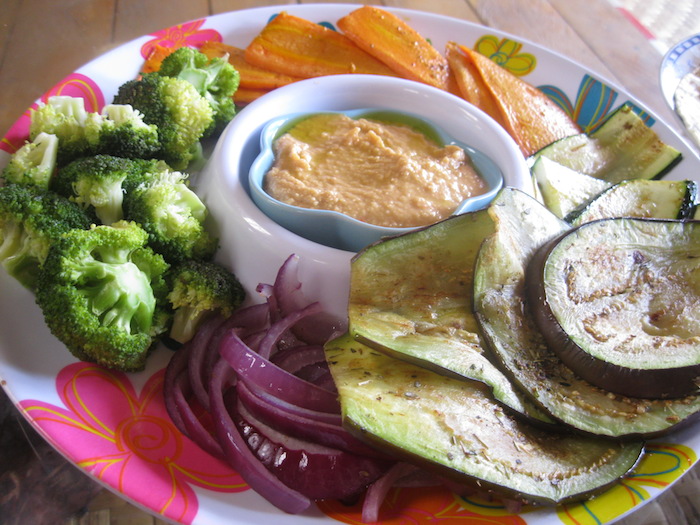 What are some of your interests outside of traveling?

Zab is quite interested in photography, and it’s a hobby he’d really like to take up again after having given it up for a while. I am particularly interested in languages, as I studied linguistics at university and can speak French, German and Spanish conversationally. I’d really like to learn more Mandarin, which I’m only really a beginner at currently. We’re both interested in art, healthy eating and yoga, so of course all of these things feature in our travels as well!

Having been together for years before your trip even started do you feel like your relationship has changed at all over the course of your trip? Was it difficult to adjust to spending 24/7 together?

It was certainly a shift, as we’d previously never spent so much time together having never lived together before. I think the longest we’d been constantly in each other’s company before starting this trip was about 10 days. After 10 months of continuous travel and over eight years together, we’ve definitely learnt to understand each other better, thanks to a lot of communication. Of course, this wasn’t without difficulty, but I think our relationship is much stronger for it.

Sam – you spent some time on a teaching contract in Austria. How did you like living and working in another country? Is this something you are looking into getting involved with again?

I loved it. Austria has a really great standard of living and compared to a lot of other European countries, isn’t that expensive. Things are clean and efficient, the landscapes are gorgeous and the weather is lovely; even in winter it can be cold with everything covered in snow, but still gorgeous blue skies and crisp, dry air. It is not a place I could live long term, though, as I find it quite conservative. However, the teaching work I’ve done there is really nice, and I will be going back in a couple of weeks to do some more (and add to the savings!), which I’m really looking forward to!

How difficult was it to stick to a vegetarian diet in South America? Do you end up eating more meat heavy dishes in cultures with fewer vegetarian options?

It really depends where you are. In Buenos Aires and other large cities, eating completely vegetarian (or even vegan) won’t be a problem, but in rural areas, and we found especially so in Patagonia, it is very difficult to avoid meat. We are not strictly vegetarian, so we would go for the chicken option failing anything else, but we always prefer to eat fresh, local fruits and vegetables wherever possible. Boliva, Peru and Ecuador were great for this, as they grow everything in those countries, so we got really spoiled: I don’t think I’ll be able to eat a pineapple back in Europe ever again!

What has been your favorite country in South America and why? Any recommendations?

We really loved Argentina, and Buenos Aires in particular. In fact, were it not for the terrible economic situation in the country and that it were so far away from all of our friends and family, we could see ourselves living there. Our biggest recommendation for Argentina is take dollars and change them on the blue market; this way you can maximise your money. Bolivia was the biggest surprise for us, mostly because we didn’t have many preconceptions about the place. Its amazingly diverse landscapes, fresh food, low prices and undiscovered gems made it a very memorable part of our time in South America.

We don’t really ever imagine our trip being ‘over’, but yes we are planning to set up a base in Berlin and live there part time as expats. We love the vibe of the city, we have several friends living there, we both speak German and Zab lived as an expat in Munich before we met, so I don’t think we’d have much trouble fitting in to life there. Berlin is known for being a difficult place to find a job, but we don’t intend to have jobs there anyway. Instead, I will likely continue to do occasional English teaching work in Austria as well as work on our blog, while Zab will do his freelance IT consultancy work which he can do as long as we have internet.

Has posting your monthly expenses on your blog helped you stay on budget? Do you feel like you’ve been spending more or less than you thought you would be country to country?

To be honest, we never really had that strict a budget for our travels, so it’s hard to say if we were over or under in any particular place. The idea of publishing our spending on the blog was mainly to give our readers an idea of what our life of travel was costing in case anyone wanted to replicate it. Certainly the act of writing down everything we spend (a habit I’ve had for several years now) makes us more aware of what we are spending, and whether each time you reach for your wallet, it’s something you actually want.

What are your upcoming plans, both travel and non travel?

From next week, we’ll be renting an apartment in Budapest for 10 days, then I’ll be off to Austria to teach English for a few weeks while Zab heads back to London for some work projects. At the beginning of March, we’ll meet up again to attend ITB Berlin and check out potential areas of the city to look for a place to live. We’ll likely then be visiting Austria again, possibly Italy and Czech Republic then in the summer we’re planning to attend a well-being festival in Sweden and visit friends in Stockholm before returning to London for a little while and probably getting married. After that, the plans are a bit sketchier, though we’re hoping to spend some time in the Netherlands with Zab’s family, Lisbon, the Canary Islands and then hopefully be heading towards Asia by the end of 2014.

Sam and Zab are a British couple who in January 2013, after being together for over seven years, but never really having lived together, we left the UK on one-way tickets to Buenos Aires. Indefinite Adventure is where they chronicle their journey, give practical advice and inspiration to fellow travellers and share our passions for good food, boutique and eco hotels and slow travel.

2 Responses to Interview: Sam and Zab from IndefiniteAdventure.com