How Hanoi Stole Our Hearts 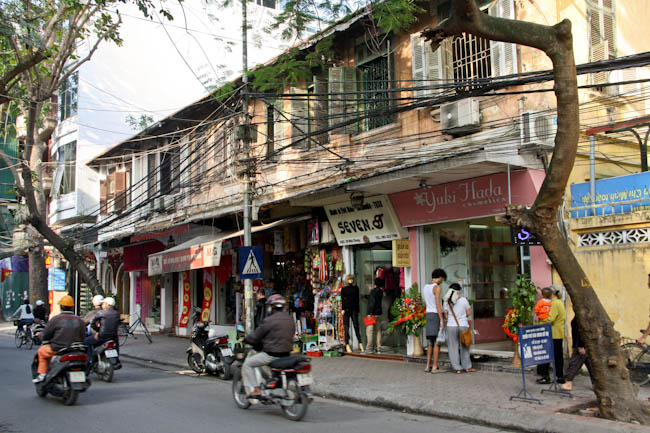 I feel like I’ve been using the same phrase a lot:

“After two months in China…”

It’s true. After two months in China we were pretty much down for anything that could be classified as “change”. Still, we had pretty low expectations for Vietnam. The fact of the matter is many other bloggers we’ve talked to didn’t really enjoy Vietnam. It was mostly for the same reasons too.

So in a sense, we weren’t exactly looking forward to Vietnam, and when I got off the train in Hanoi only to find the cab drivers attempting to charge me double (I knew the correct price, having talked with the hotel beforehand) I could see it coming.

This was going to be everything people said it would be.

But, like that time you were expecting a snow day only to wake up to a light dusting, our expectations concerning Vietnam were wrong. The weathermen were wrong. The food was delicious, the people were friendly, and as far as I’m aware – we never got scammed. 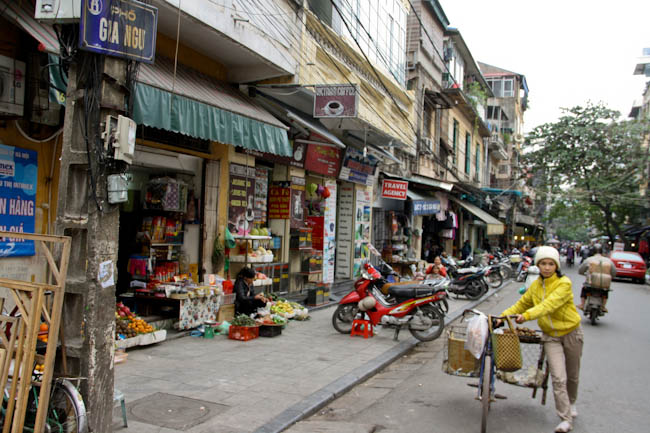 In fact, we really enjoyed Hanoi (and the rest of Vietnam).

One of the beautiful things you notice about Hanoi is the fusion of European and Asian cultures. I realize this comes from years of French imperialism, which frankly was not the best time for Vietnamese people, but be that as it may, the French influence is somewhat charming. Imagine an Asian city with legitimate patisseries. I love a good bakery – it’s my kind of breakfast (and lunch, and dessert).

We liked the style of buildings too. Previously, China and Korea a bit as well had a very “Soviet” feel. Large, seemingly uninhabited grey buildings. Imposing? Yes. Charming? No. In Vietnam, the yellow awnings, narrow streets, and pastels all come together to create a unique architectural style. It was homey in a way.

The best part, of course, is the food. I’m not that familiar with Vietnamese food since it isn’t too popular in the states, but I was won over from meal one. The fruits and veggies taste…fresh. They aren’t drenched in oil (unlike you know who’s food). They use a lot of peanuts, which I like. I could go on and on but perhaps I’ll save a few thousand words with some pictures: 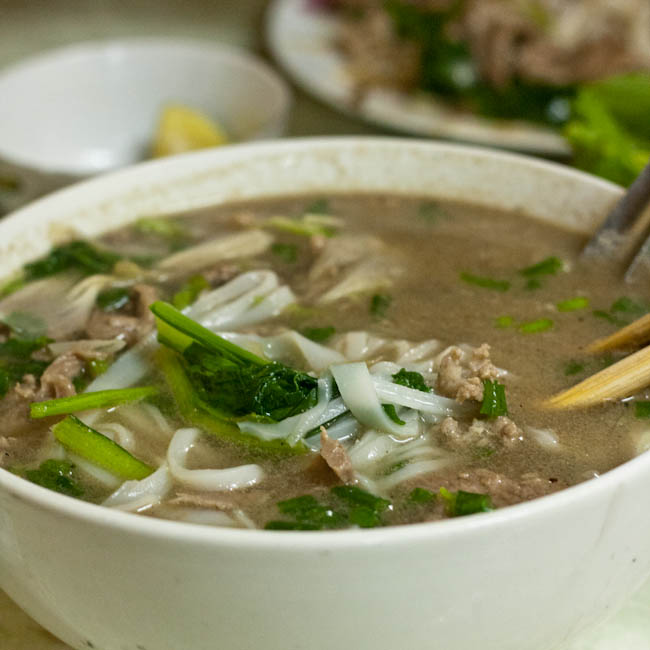 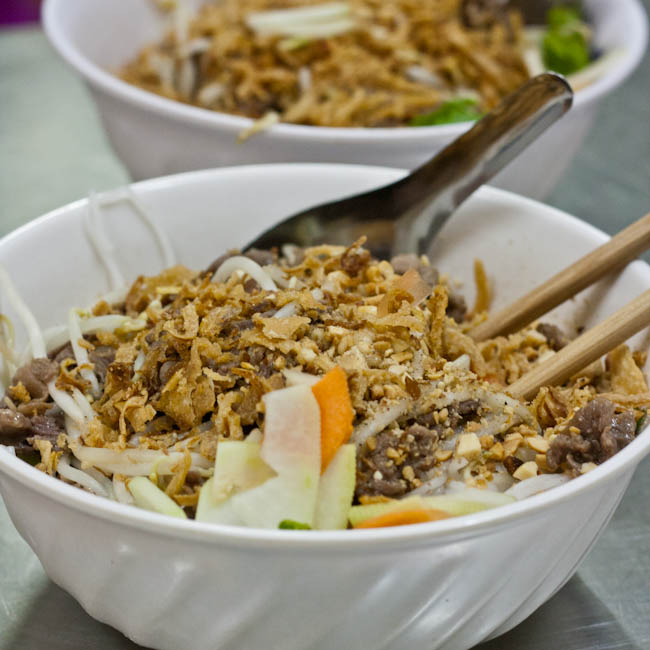 Then there was the street side dining establishments.

The ones with chairs and stools sized for infants but holding grown men and women. We weren’t used to eating with the table below knee level but have quickly figured out that this is in fact the norm around here.

When we enter a new country we always try to look for a few things that we haven’t seen anywhere else. Something about which you can say “Did you know in Vietnam they…”

…Use the city sidewalks as motorbike parking instead of pedestrian walkways? 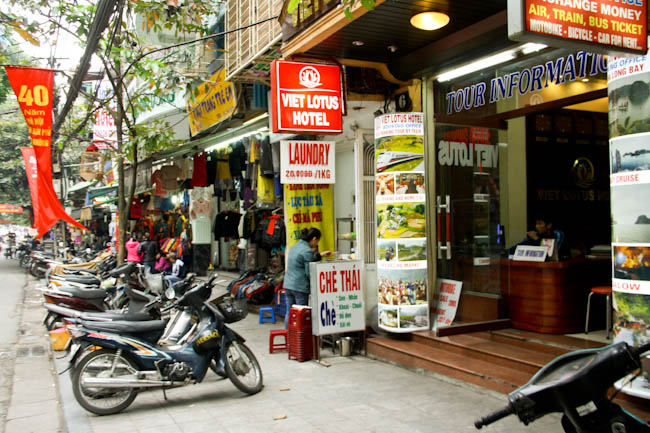 Yes you actually need to weave around both the moving motorbikes cluttering the city streets and the ones parked right on the sidewalks. Essentially you end up walking in zigzags all over the city. This we needed to get used to. The Vietnamese, on the other hand, are so use to it they often use their motorbike as a hammock.

As for crossing the street? Don’t even think about waiting for the motorbikes to stop and yield the way to pedestrians. You’ll be waiting forever.

Yep, this city literally has hundreds of thousands of motorbikes, which makes crossing the street a tactical game of Frogger. But it’s worse than that, actually. Since the sidewalks are particularly narrow and everyone parks their bikes on them, you’re forced to walk in the streets. Later on when we went to Ho Chi Minh, we saw that the sidewalks weren’t as narrow so there was plenty of room for pedestrians.

Still, at the end of the day I never felt like they wanted to hit me, and people tend to drive slowly.

After Hanoi, we couldn’t wait to see what else Vietnam had to offer.

14 Responses to How Hanoi Stole Our Hearts