Hiking In The Heat Of Hpa-an 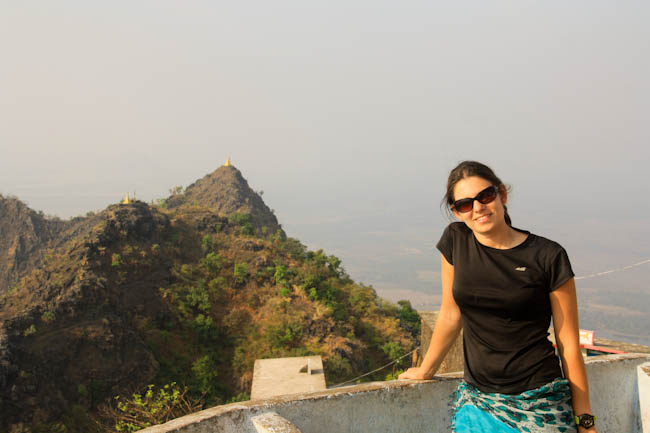 Our last leg of our Burma journey landed us in Hpa-an, a remote village about 8 hours south of Yangon. We took a boat from Mawlamyine for about 3 hours, on which we met an older Canadian couple who ran an NGO in Cambodia.  We had a nice chat and it helped the time pass smoothly. Vicky and I aren’t really boat people. Not that we have anything against boats, but while some people love the views, I’d say get me there as fast as you can by bus. I guess we’re more about the destination than the journey – some travelers we are!

I know it’s South East Asia, and South East Asia is hot, still, there are variations of that word. Sometimes Vicky and I walk around and it’s surprisingly reasonable. Other times, the sweat starts dripping from your face the minute you leave your dorm, and it doesn’t stop until you get back.

Lucky for me I have only two pairs of shirts…

But you can’t let the heat get the best of you. If we did, we’d never do anything. So we did what we’d do if it wasn’t 40 degrees Celsius – an 800m hike up a small mountain (Mt. Zwegabin) in Hpa-an.

We took a quick motorcycle ride from the outskirts of town and arrived at the foot of the mountain in no time. In front of us was a sea of Buddha pillars. Despite not being the main attraction we had come for, this was actually pretty cool. 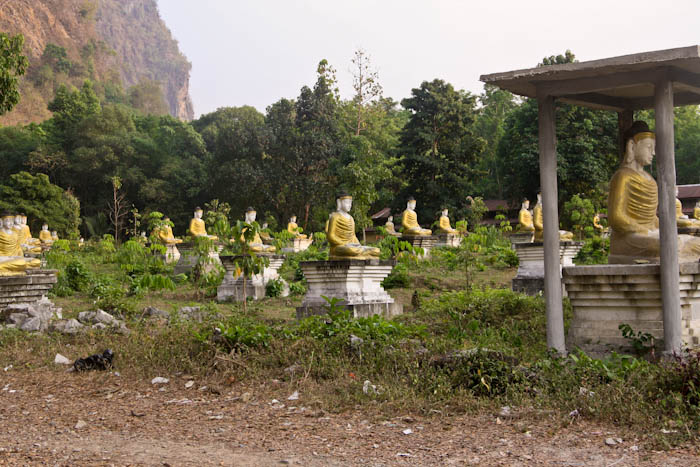 Unlike in China where they charge you $40 to go hiking, this mountain had no entrance fees. So we began our ascent, step after step, in 40 degree heat. On our way up, small groups of Burmese passed us in full clothing. I know it’s a conservative culture, but aren’t they dying of heat? Do people just get used to this – can someone answer that for me because I’m dying to know?

Vicky and I on the other hand weren’t fairing so well, and were stopping for 10 minute breaks every 10 steps. 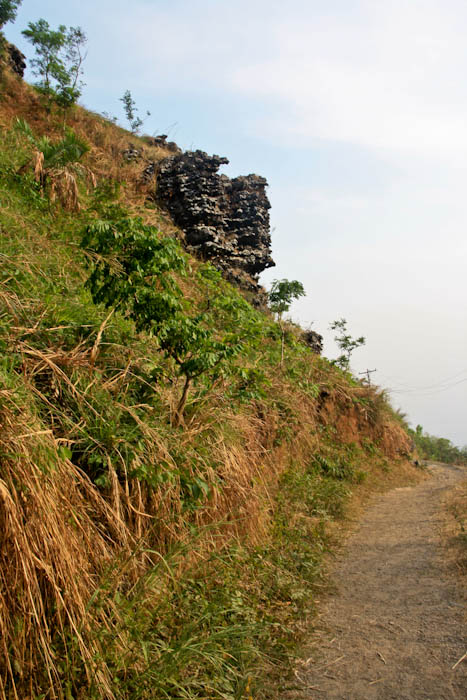 At this rate we would be camping out on the summit. My next move was to take off my shirt and tie it around my head to dam the sweat.

People probably thought I was pretending to be Rambo. 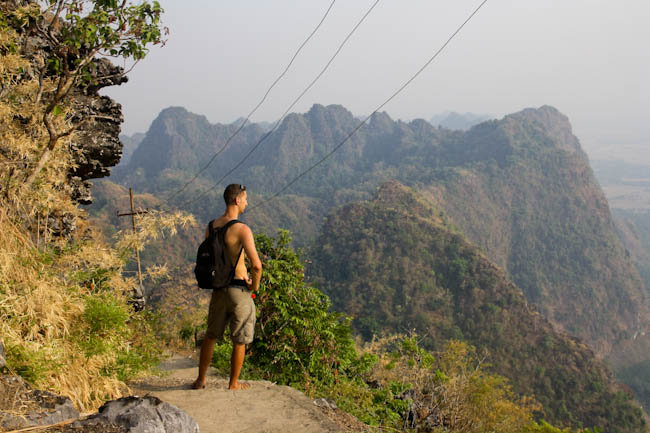 I wish I could say the views were spectacular – they were OK. 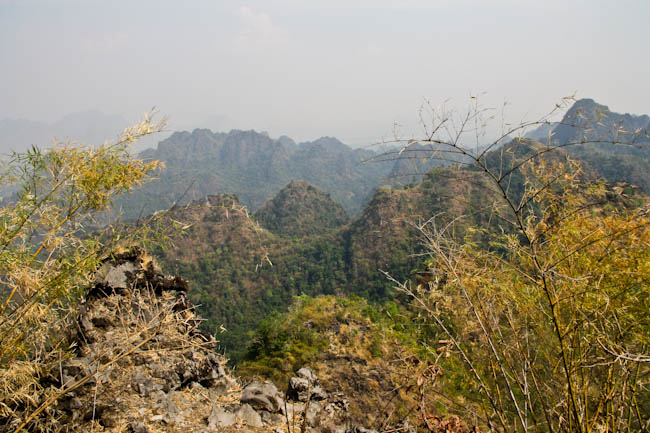 Like all mountain summits in Asia, when we reached the top we got to a monastery. There were a few monks scurrying about but for the most part it was empty.  On account of the effort we put it, we decided to hang around for an hour. It was pleasant enough, even a bit spiritual one might say.

Just as we were about the leave a monk motioned to us, almost as if he was inviting us to sit down and grab a meal.

I was thinking way too literal at the time and thanked him for the offer but indicated we had to get down, it was getting late and I didn’t want to be out as night fell. Still, I can’t help but think we missed a golden opportunity to talk with a monk. Sometimes, our focus is too narrow and we clearly miss the opportunities that are being presented.

We made it down in half the time, only to have to hitch a ride into town, as no one was waiting for us at the bottom.

Would I recommend going to Hpa-an? Probably not.

One more tip: do not climb a mountain in flip flops, unless of course you want your feet to look like this: 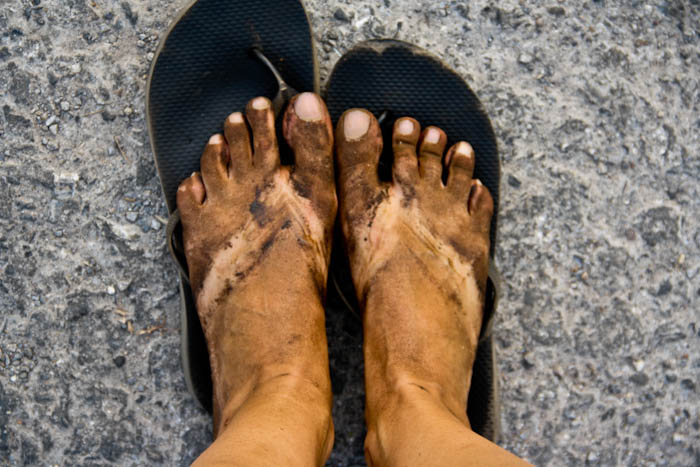 9 Responses to Hiking In The Heat Of Hpa-an