Chai: The Secret to Navigating India’s Bureaucracy By Zach Marks and Resham Gellatly

When strung together, these four letters strike fear into every foreigner who enters India. Dengue and diarrhea have nothing on the Foreigners Regional Registration Office.

Within 14 days of entering India, all foreigners staying in India longer than six months must crawl through the bureaucratic bowels of the Ministry of Home Affairs to have their passports inked with a string of characters.

While you wait for your number to be called, civil servants sit at their desks, palms clasped, elbows on tables, looking at you with frustration. Their eyes say, “Why have you made me come here? Hurry up and get over with this.” Those were our thoughts exactly, but now we’ve been forced into an identity crisis and we begin to wonder, “Is it our fault we’re all waiting here?”

Look around and you will see approximately 20 officials sitting in such a manner. You may wonder what their roles are and why so many are necessary. Over the course of your stay at the F.R.R.O. you will come to learn their primary role is to shuttle you to the next officer and in so doing give you the chance to meet each of them. We like to think it is a socialization ritual – a great way for foreigners to meet more Indians.

Of course these interactions rarely go beyond the Asst. Supervisor sending you to see the In Charge who will then send you to Counter No. 3 where you will begin the cycle again. Unless there is a special ingredient present in the F.R.R.O. – chai. 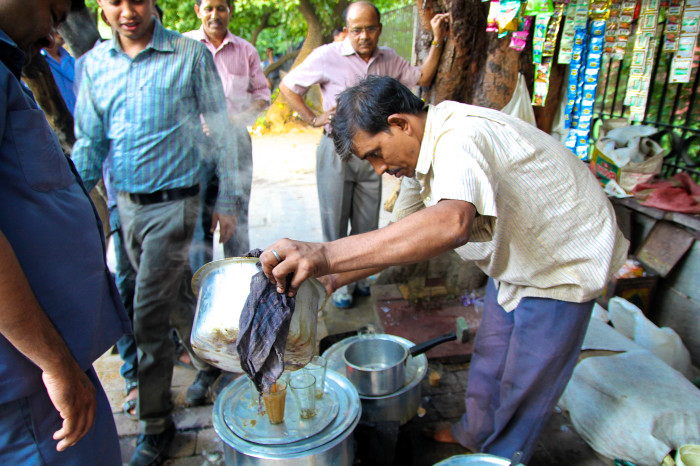 We were being shuttled around as we challenged our fine of 4,020 rupees for registering on our 14th day in the country – foreigners must register within 14 days. Then it surfaced that we were in India researching chai wallahs – the people who make, sell and deliver chai and are a constant presence throughout the country. Suddenly the cycle of shuttling stopped.

At Counter No. 3, a young officer named Poonam gave us a lead: “Researching chai wallahs? Even here you will find a chai wallah. His name is Shiv.” She began to wax on the merits of ghar ki chai, made at home with less milk and sugar, versus chai wallah ki chai. “I think the chai wallahs get that special taste because they’re using that same pot all day, brewing and re-brewing.”

Suddenly, other officers grew interested in our research and the cycle of shuttling began again – this time so everyone got a chance to weigh in with their thoughts on chai wallahs. The officers at the front who had sent us away to get a new stamped letter when we first came to the F.R.R.O. several days earlier now embraced us and poured a cup of rich, sugary tea from the thermos their chai wallah had dropped off. “Nice, na?” our host beamed, raising his eyebrows. We vigorously wobbled our heads from side to side in affirmation.

As we sipped chai, something magical happened. The Bureau of Immigration computer system, which officers had minutes earlier told us would not allow them to waive our fines, suddenly found a way to let us off the hook. It was as if the chai had seeped into the system and said, “To hell with all this paperwork and inflexible rules – they’re all just vestiges of the British Raj. If we’re going to keep one thing from colonialism, let it be tea!” 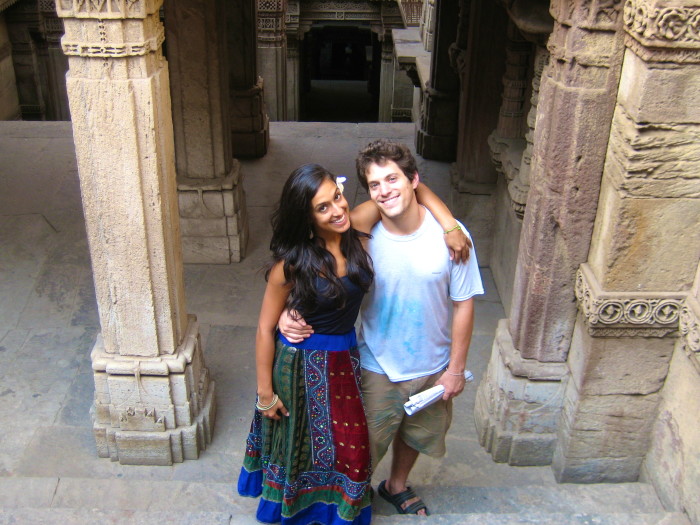 And so we walked out of the F.R.R.O., no longer a foul four-letter word, but a happy place where chai unites people from different sides of the globe and welcomes all to India.

3 Responses to Chai: The Secret to Navigating India’s Bureaucracy By Zach Marks and Resham Gellatly