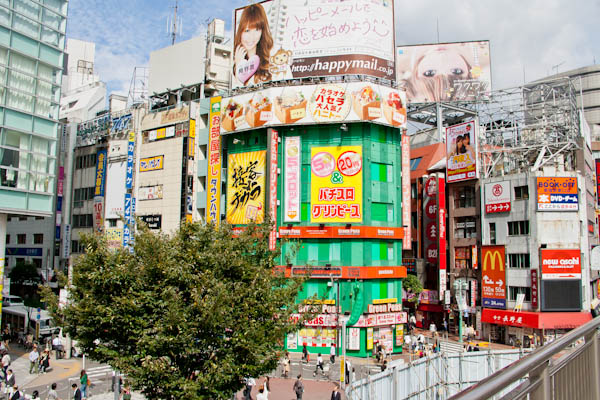 While we considered a hotel stay in Tokyo, we ended up Couchsurfing yet again, however, it was still a great experience! The capital of Japan since 1652, Tokyo has blossomed into a true metropolis, and, with over 13 million residents, it is one of the largest cities in the world. If you don’t feel comfortable Couchsurfing, you can easily find cheap hotels in Tokyo. So, What was Dave’s and my opinion?

Yes it is crowded, overwhelming, commercialized and to some, might not be representative of the “real” Japan. However, despite all these “flaws”, Dave and I found the city electric, exciting, and simply alive. All these characteristics it shares with its western twin sister, New York, yet, unlike New York, it’s clean, filled with polite people, and, at least everywhere we ventured – safe.

While our original plan had us flying directly there, after waiting too long our cheap airfares to Tokyo became not so cheap, we went to Osaka first instead. However, after finally arriving from Takayama, we spent 4 days in Tokyo, including a day trip outside the city, and have narrowed down a list, by no means comprehensive, of some of our favorite activities from our stay. 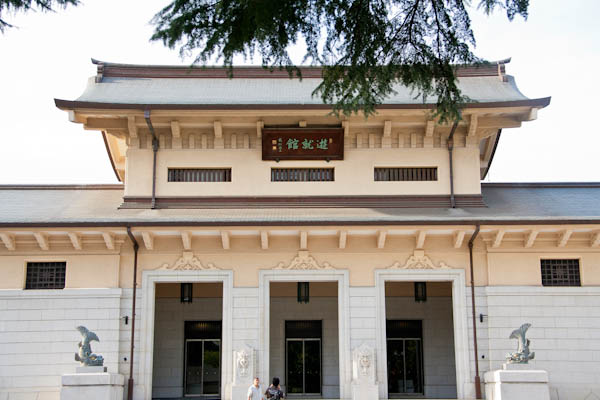 Cost: 800 yen (500 students)
In my opinion this is a must see, and potentially the most fascinating museum I went to in Japan. From Samurai times to World War 2, as well as a chronicle of Japanese aggression, the grounds house both the museum and the Yasukini Shrine (dedicated to the soldiers who fought for Japan). An extremely controversial site, the war museum, among other things, shares the Japanese perspective on World War 2. Dave and I found it so interesting we’re going to save it separately for our next post! 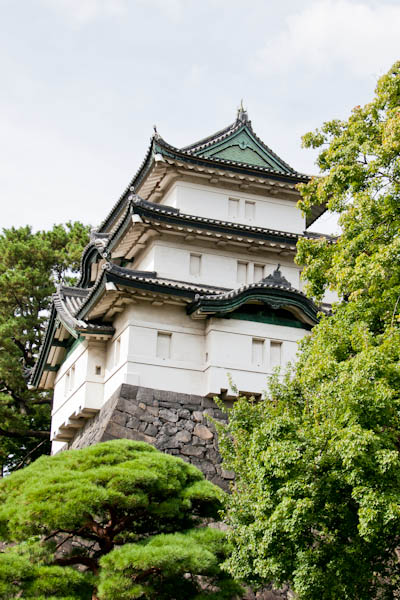 Cost: Free
Situated in the heart of Tokyo, surrounded by skyscrapers and flashing lights, lies the Imperial Palace grounds and surrounding gardens. Home to the emperor himself, the Imperial Palace offers a free tour in Japanese as well as English (audio guide). Although not the best tour we went on in Japan, it did offer some unique insights, with the historic keep still standing, and the surrounding park is pleasant enough. 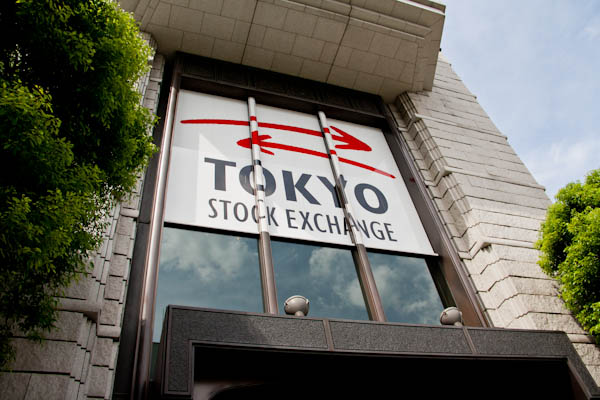 Cost: Free
About a 15 minute walk from Tokyo station is the TSE. While access to much of the building is restricted, it does offer a small museum highlighting the history of Japan’s derivative system as well as a free English tour. 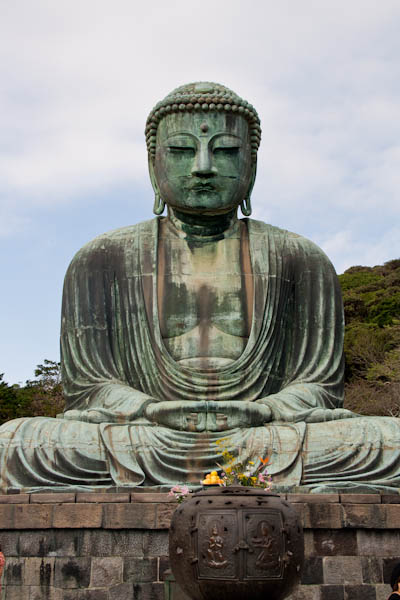 Once the capital of Japan for over 100 years, Kamakura is only an hour away from Tokyo and is easily accessible by direct JR local train. Similar to Kyoto and Nara, Kamakura has its share of Buddhist temples and Shinto shrines, including it’s very own “big Buddha”. Though the Buddha at the Kotokuin temple is smaller than the one in Nara it looks even more impressive and daunting since it is located just outside (with a tsunami having washed away its temple hall).

From there a quick walk takes you to the Hasedera, with Japan’s largest wooden statue, a quick hillside hike for a view of the water, and a small grotto to walk through partially bent over (at least for us Westerners). However, if you’ve seen enough temples in your prior days in Japan, you can hang out by the beach and take a dip in the Sea of Japan. With Dave having seen enough temples for a lifetime we limited our visit to the two temples and the beach, but with numerous other temples and a nearby light hiking course there are plenty of activities and sights to fill a full day if not two in Kamakura. 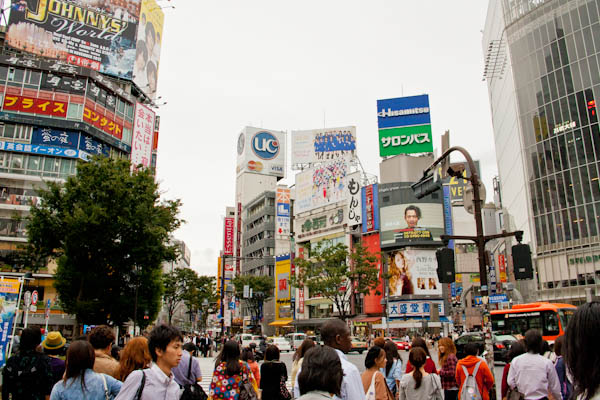 Cost: Free
Arguably the busiest intersection in the world, the Shibuya Scramble is the epicenter of pedestrian crosswalks. Wait for the walking light to turn green and see the magic happen. With all 4 crosswalks going green at the same time it truly is a scramble for people to get from one side to the other. 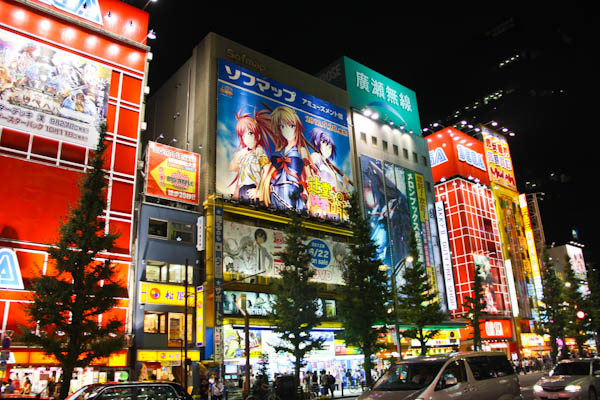 Specifically the Electric Town area is a strip of what can be coined ‘geek’ paradise. showcasing an array of electronics, anime, and gaming stores and facilities, the area is lit up just like Times Square at night and seems to be bustling at any time of day. Walk up through the Sega store to admire what looks like “professional” gamers moving their fingers at the speed of light as they avoid a knockout. The gamers at these arcades come loaded with change, their pack of cigarettes, and a lighter on the table, ready to spend the night with some serious gaming. As you walk along the side streets watch out for the girls (correction – women) dressed in school girl outfits handing out flyers. We saw at least a dozen of them and they’re all dolled up with pigtails and the Halloween style school girl getup – very strange. 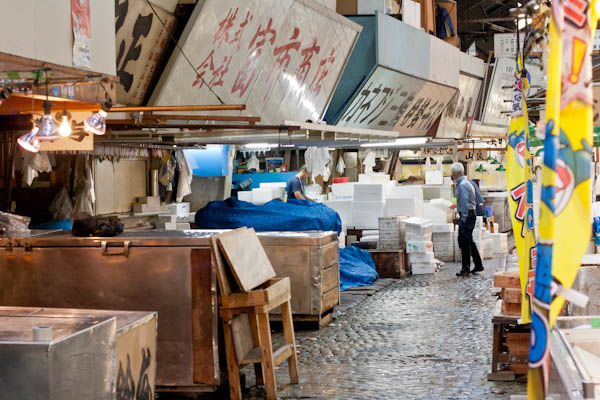 Cost: Free
For those of you willing to give up some sleep, get to the fish market by 5am to get in line for the tuna auction for which they limit the visitors to 120 a day. After the auction, take some time to walk through the market itself and marvel at all the foreign sea creatures and fish you never would have imagined existed. Just don’t forget that this is in fact a workplace for the vendors and try to stay out of the way of all the vehicles and carts whizzing past.

As Tokyo’s oldest and most colorful temple, no matter how many you have seen before it, Sensoji is definitely worth a visit. Completed in 645 AD the temple was built for Kannon, the goddess of mercy. Legend has it that the Kannon statue was found by two brothers in the Sumida River. Make sure to enter through the Kaminarimon outer gate which leads to the picturesque Nakamise street, lined with cute souvenir stalls and local snacks, before reaching the Hozomon inner gate. 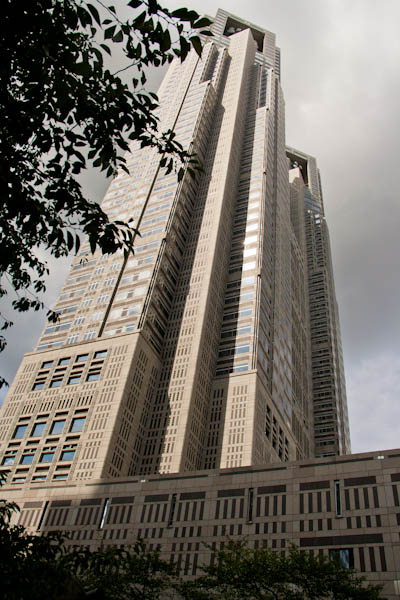 Cost: Free
While you could pay a substantial amount of money to ride up to the top of Tokyo’s newly built Sky Tree  tower (now the largest structure in Asia), we recommend heading to the 45th floor of the Tokyo Government Metropolitan. The view is spectacular, and best of all, you can do it for free! 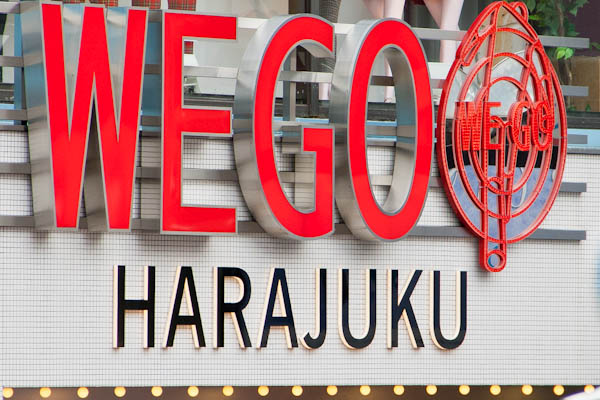 It was Gwen Stefani who brought fame to the Harajuku district with her songs, but the area truly makes for a perfect afternoon stroll. Make sure to walk along Omotesando, a charming, wide avenue lined with trees and expensive shops on both sides, and Takeshita street, a simple, narrower street full of vendors selling various trinkets and sweets. To see the most Harajuku-dressed girls check out the area on a Sunday afternoon (unfortunately we were only in Tokyo during the week and didn’t get to see them).